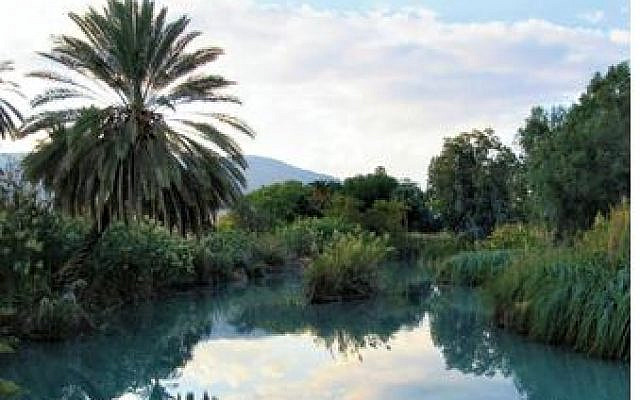 A few years ago, a poll of 2,000 people in the UK found more than four in ten struggled to pinpoint the nation’s capital London on a map of the UK. While another 86% had no idea where Edinburgh is. Furthermore, almost one in ten put the Isles of Scilly, found off the coast of Cornwall, in place of the Isle of Man in the Irish Sea, while another one in twenty believe they sit off the western coast of Scotland.

Before we laugh at these geographically cartography-challenged Brits, how many of us could identify places such as Dotan, Mount Eival and Mount Gerizim, Be’eri forest, Kishon river, or countless other essential places on a map of Israel? Full disclosure: I was 0 for five as to those places until I read this book.

The Four Corners Monument marks the point where Arizona, Colorado, New Mexico, and Utah meet. It is the only point in the US shared by four states. There is nothing genuinely significant amount the monument – it is simply a geographic curiosity. As an aside, those who subscribe to the BDS movement of Israel should not visit the monument, as it is occupied territory, on Land stolen from the Navajo people, but I digress.

Unlike the geographic curiosity of Four Corners, every location the book details is a location that is relevant to the history of the Jewish people and the sanctity of the Land of Israel.

The book starts with an overview of the borders of Israel. And that is not a simple task, as he writes that definitively delineating the borders of the Land of Israel has proven complex. There are several discrete boundaries given variously in the Tanach. And disparities existed at any given time between the scriptural and historical limits.

The book is also filled with numerous curious facts I had no idea of, from the fact that Ovadia of Bartenura was briefly the Chief rabbi of Chevron, to that the State of Israel today is about 10% treed. And it is one of the few nations in the world that commenced the 21st century with more trees than it possessed a century earlier.

He provides examples where the Hebrew language contains numerous words to describe Israel’s elevation and other terms. The Hebrew language is rich in geographic constructs to magnify the beauty of multi-dimensions of the Land. Such that any map of Israel that is two-dimensional is misleading. As to understand the geography of Israel requires one to ascend. Given rise to the time-honored expression of making aliya.

One is hard-pressed to go a few pages in Tanach without hitting a geographic reference. While some commentaries may include a rudimentary map of the place, the book details the location or item and gives the reader more context around it.

The importance of knowing the geography of Israel is even more critical in 2022, as there are numerous anti-Israel organizations whose goals are to delegitimize Israel in myriad ways. One of them is attacking the notion of a historical Israel. While the book’s goal is not to defend the modern-day State of Israel, the more the reader knows about the geography of Biblical Israel, they can defend it today.\

The book does not require any knowledge of Hebrew or the geography of the Land. Reading through it, the reader gains familiarity with places that shaped the destiny of the Jewish people. The Land of Israel is not just flowing with milk and honey; it flows with hundreds of historical locations that shaped the design of the Jewish people. Not knowing these places is undoubtedly lacking, which every Jew should try to fix.

This is a book that should be judged by its cover – that of that of the Gan HaShloshah at the foot of the Gilboa mountain range in the Jezreel Valley. The many pictures and maps give the reader the depth and breadth of the Land of Israel, which we call home. This is a fascinating and important book, and like its title, it is an essential read.