When it comes to medical imaging, a radiologist is vital to understand what is going on in the image. At times, there may be things hiding in plain sight that only an excellent radiologist can see and diagnose.

In Exodus: A Parsha Companion (Maggid Books), author Rabbi David Fohrman plays the role of a Biblical radiologist extraordinaire. His attention to detail, and mastery of the text, enables him to find and extract things from the images of the Torah, which a less-trained scholar is incapable of. This is the next volume in his Chumash series and comes on the heels of his remarkable Genesis: A Parsha Companion.   If the Jews are the people of the book, then Fohrman is a man of the text.

For those that know Rabbi Fohrman from his website Aleph Beta Academy, they are used to his approach of looking at the big picture and asking the big questions. His website’s goal is the belief that Torah study should be evidence-based, intellectually stimulating, emotionally gripping, and relevant to one’s everyday life. The ideas in the book can in part be found on the website (everything is transcribed so you can print and read on Shabbos), but the material has been expanded and thoroughly referenced.

Fohrman repeatably uses phrases such as listen carefully to the language of the text, I invite you to consider the words, look carefully at the text, and more, that enables him to take the base textual message and turn it into a profoundly deep and more meaningful text.

In chapter after chapter, Fohrman asks questions that can easily be overlooked yet are fundamental to the overall story. Some of these many intriguing questions include:

While slavery was practiced extensively in ancient civilization, and sadly still today, the Torah’s approach to slavery in general, and female servitude in particular, has been troubling for many. 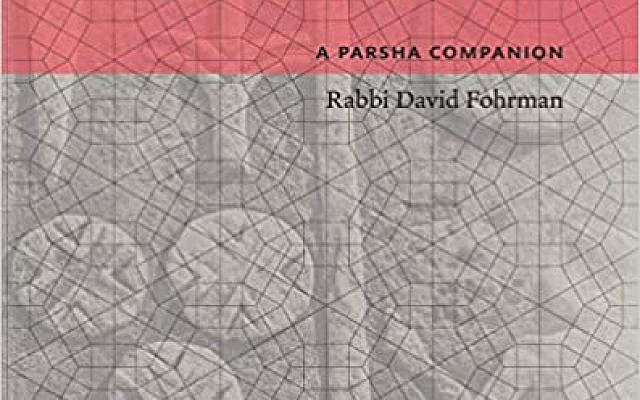 Exodus 21:7 starts the Torah’s discussion of female servitude. At an initial read, the notion that a father would sell his daughter to a strange family, and perhaps have her marry into that family, is a seemingly abhorrent concept.

However, what Fohrman does, and it is worth buying this book just for this explanation alone, is to show that the Torah, with its laws of female servitude, is not attempting a mere Band-Aid solution to the problem of class. He writes that the Torah is trying to attack the issue of wealth inequality in a way that is both just and compassionate, in a way in which everyone wins. Furthermore, with no small measure of irony, he writes that the Torah is trying to use slavery, the most unequal institution on earth, to achieve the rarified goal of equality.

Here, Fohrman looks at the text at both the macro and micro levels. At the micro-level, Fohrman leaves no word left behind. If the same word is used in different books of the Torah, he jumps on that and attempts to extract the reasons why. At the macro level, he focuses on the many chiastic patterns the Torah uses.

A chiastic structure is a cyclical pattern, where an idea or phrase is repeated of the same content. This creates a structure similar to elements A, B, C, Center; followed by elements A1, B1, and C1. While it may not be initially intuitive, the book shows in the graphical form how the Chumash makes extensive use of chiasmus.

Rabbi Fohrman brings to light an original and intellectually stimulating approach to learning Parsha. This has often been called the literary or Yeshivat Har Etzion approach bringing textual analysis and scholarly rigor to the forefront. In Exodus: A Parsha Companion, this is a companion you want to keep quite close to you.