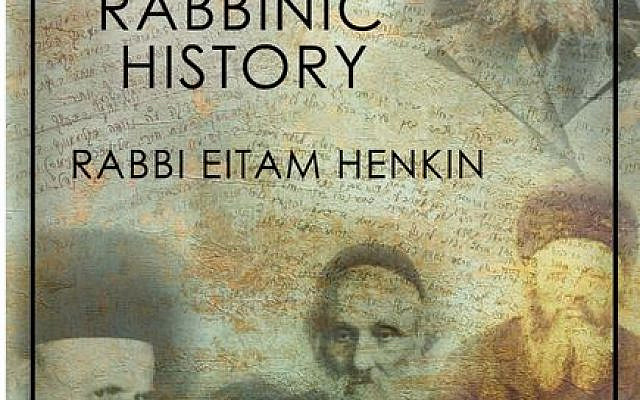 I do not think I have ever read a book that was so inspiring as it was disheartening as Studies in Halakha and Rabbinic History (Maggid Books) by Rabbi Eitam Henkin. This is an inspiring book because it is astounding that someone so young could write brilliant essays like this. In fact, if you told me that this was a Festschrift for Henkin, written by various leading scholars, I would believe you. To think that a young man wrote such a broad set of topics is hard to believe. 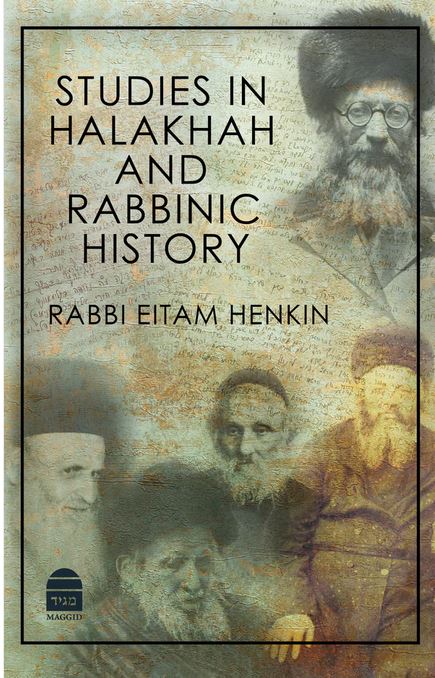 However, this is a depressing book reading with the knowledge that the author, at age 31 (along with his wife), was murdered in a terrorist attack. Rabbi Eitam and his wife Naama Henkin were murdered by Hamas terrorists in October 2015 while driving with their children. Henkin had decades of the potential of profound scholarship that could have changed the world of halacha and Jewish thought.

The 24 essays are translations of works that Henkin previously published in Hebrew. They center around studies in halacha, studies in rabbinic history, and the final two chapters about his illustrious great-grandfather Rabbi Yosef Eliyahu Henkin.

The five essays on studies in halacha cover a gamut of topics from bugs in strawberries, electric doors on Shabbos, and more. Henkin was an extraordinarily meticulous scholar, and the breadth of his knowledge is incredible. He was a prolific author, and these essays are just a tiny sample of what he wrote. And the range of what he wrote encapsulated all aspects of Jewish thought.

The bulk of the book centers on studies in rabbinic history. Two of the more fascinating essays are around the mysterious Bruriah episode and the imprisonment of the Maharam of Rothenburg. In these essays and others, Henkin is an intellectually honest writer, such that the reader sees he is doing this to gain the truth of the matter.

The Bruriah episode has its source in the Gemara Avada Zarah, which relates to the events leading up to the pursuit of Rabbi Meir by the Roman authorities, forcing him to flee Israel for Bavel. The Talmud gives two explanations for his flight, one of which is because of the Bruriah episode, which does not detail the specifics.

Nevertheless, a few hundred years later, Rashi does explain what occurred. He writes that Rabbi Meir had one of his students try to seduce Bruriah. She later consented and was so ashamed that she committed suicide, which is why Rabbi Meir fled to Bavel.

Henkin raises numerous significant questions about the story. From a practical level, it is incredulous that Rabbi Meir, one of the greatest of the Tanaim, along with Bruriah, a woman of supreme intelligence and morals, could be involved in such a scandalous incident.

Henkin’s research shows that the story is apocryphal, of dubious provenance, which he shows was inserted into Rashi’s commentary by a scribe mistakenly copying the words of a student. He proves that the Bruriah episode was far different from the event mistakenly ascribed to Rashi.

Based on texts from R’ Nissim Gaon, who lived in the generation preceding Rashi, along with one of the Tosafists, Judah ben Kalonymus of Speyer, he shows that the details of the Bruriah episode are, in fact, in the Talmud itself. However, that explanation has to be read and be divided into two sections from two different Talmudic texts.

The book closes with two chapters about his great-grandfather, and these are the most accessible reads in the book. Rabbi Yosef Eliyahu Henkin was one of the two greatest poskim in the USA, along with Rabbi Moshe Feinstein. He writes that Rabbi Henkin is the most often-quoted person in Igros Moshe.

He writes of an interesting anecdote that Rav Henkin found himself in a coach with Joseph Stalin. Rav Henkin engaged Stalin in conversation, and he was amicable to Jews. But once he started drinking and became inebriated, Stalin’s vitriol against the Jews started. Stalin invited Rav Henkin to have a few shots with him, but refused once he looked into his murderous face. He concludes that when Rav Henkin remembered that strange encounter, he felt compelled to recite birkat hagomel again.

Rabbi Eitam Henkin was in a class by himself. A brilliant rabbinic scholar, he was pursuing a Ph.D. from Tel Aviv University at the time of his death. His writings combine the best of both worlds. Moreover, with his death, the Torah world and the Jewish academia world lost one of the great scholars of the future.

The book is a brilliant tribute to a scholar who died too young. It is not just that Henkin was a master of so many areas. He was a brilliant and organized writer with a deep penetrating mind. The book is readable in part due to the excellent work of the translators. The breadth and depth of his analysis leave the reader a much more intelligent person. May his memory be for a blessing.