Around this time six years ago, Rabbi Nachum Rabinovitch, z”l, sent shock waves through the halakhic world.  He opined that it is permissible to use a magnetic key to unlock a door on Shabbat. It was a watershed moment, the halakhic world was jolted. He audaciously permitted that which we all assumed was prohibited. 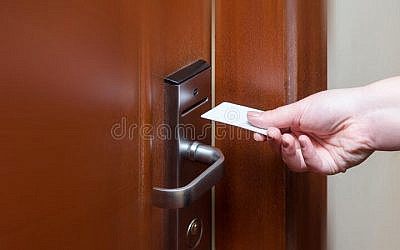 While almost everybody was celebrating, I was mourning. I felt that if he was right, pretty soon there would no longer be such a thing as “keeping Shabbat.” Because, taking his opinion to its logical conclusion, one would now be able to transgress all 39 melachot. Technically, one would be allowed to activate, on Shabbat, a stove, a plowing machine, or a writing utensil by employing the same mechanism that magnetic keys use to open electronically locked doors. We would now be able to cook, plow, or write on Shabbat.

Waxing poetic, I wrote at the time: “It was a long battle, Shabbat fought back valiantly, but she ultimately lost the fight against technology.”

It felt like the observance of Shabbat was in peril, desperately in need of salvaging. The prognosis was grim.

Granted, the psak was undoubtedly based on solid halakhic ground, but that ground was in urgent need of moving. Rabbi Rabinovitch was right – based on the classical understanding of the relationship between halakha and technology. There was, however, a problem. Classical understandings were no longer useful. Technology and its role in our lives has made mammoth advances in the interim, while the halakhic discourse about it was stuck in outdated categories. Halakhic thinking did not keep pace with its subject matter. Technology evolved, while the halakhic thinking about it was stagnant.

Ever since that paradigm-shifting psak, halakha has, therefore, been waiting for a redeemer (a “גואל”), someone blessed with a sharp vision coupled with broad shoulders. Such a person could look at the relationship between Shabbat and technology with fresh eyes, and also carry the weight of a halakhic revolution, one that would entirely revamp this discussion. The contemporary discourse on the topic had become archaic and outdated; it needed foundational revamping.

Halakha and technology’s founding fathers, people like the Beit Yitzchak, the Chazon Ish, and Rabbi Shlomo Zalman Auerbach, were discussing a reality that was extremely different from ours. They were addressing a world in which electricity and virtual activity were an anomaly. Actions were mostly done manually. That is no longer the case. Today, almost everything is done digitally. Digitized keys often open our doors or activate the ignition of our cars, our conversations and correspondence are conducted cellularly, we write on electronic devices, etc. Almost nothing we do is manual.

Once there is a change in the definition of what is considered “doing,” our understanding of what constitutes a “melacha” has to accordingly change as well. The term has to be redefined to also include virtual, non-physical activity.

To effectuate this inescapable change requires someone with stature, who is knowledgeable, talented, and a great talmid chacham – one who could take the conversation started by the aforementioned Torah giants into today’s reality.

The quest for such a person to come along was deeply felt by me, spiritually, intellectually, and emotionally.

That is why I was thrilled to learn that Rabbi Howie Jachter published a new book on this very topic, Shabbat and technology. Rabbi Jachter is a serious “yodeia sefer,” as  one can see in his many sefarim. They are brimming with knowledge and erudition. I therefore thought that he would  kickstart the new conversation, the one halakha has been craving for so long. 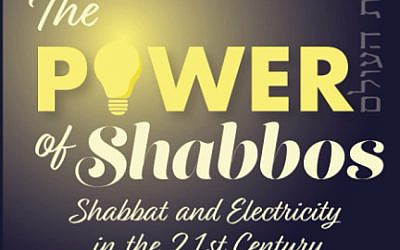 Barely able to contain my anticipation, I immediately ordered the sefer. It arrived last Thursday and I consumed it voraciously, reading the last page by midday on Friday. It was absorbing and informative but ultimately disappointing. The book got the details right, but the big picture is completely absent. It is prolonging yesterday’s discussion instead of kickstarting the desperately needed new one. The issues are explored through the lens of conventional halakhic paradigms, without realizing that those paradigms have run their course. When exploring the contemporary relationship between halakha and technology, yesterday’s foundational principles won’t do; we instead need to develop new first principles  and address newfound primary questions.

1) With the ubiquity of computers as the almost-exclusive means by which we “do things,” is the mere act of activating a computer on Shabbat an issur de’oraita? Would it be considered “boneh,” creating a utensil from scratch – on a virtual plane?

2) Similarly, writing on a keyboard or, for that matter, using technology to do any other melacha on Shabbat – would that now be biblically prohibited?

3) Also, do the criteria for what constitutes kele’acher yad (unconventional means) need to change? At a time when it is pretty normal to accomplish tasks with various body parts other than our hands (voice recognition, eye movement, etc.), the definition of what is considered doing something “conventionally” and therefore assur, and what are considered unconventional means and therefore less assur, needs to be reexamined.

These are just a few examples of how our halakhic attitude toward technological activity needs to change. There are many more.

Disappointingly, the new book does not address any of these questions, nor does it recognize that its subject matter requires first-principle renovation. The old paradigms need to be updated, reevaluated, and perhaps, at least some of them, discarded.

Instead of being a sefer of new insights on this important issue, it is a useful overview of the existing views on the subject, more in the vein of a Kitzur Shulchan Aruch than a Mishna Berura. Like the former, this book provides a succinct and very readable digest of various questions regarding halakha and technology. Unlike the latter, no new ground is broken.

There are several additional observations, but those will have to wait for a more comprehensive review, one that also engages R. Jachter’s philosophy of psak and hierarchizing of poskim, alongside several secondary issues.

For now this will suffice.

Ultimately, while this sefer does not break new ground, if you are a young scholar who does not want to commit the requisite time and energy to delving into the primary sources but nevertheless wants to be solidly apprised of the various debates around technology and Shabbat, this is the perfect book for you. It is well written, nicely organized, and easily accessible.

PS. There are also two lacunae and one oversight that can easily be corrected in future editions. (Given how popular and well received Rabbi Jachter’s books are, I have no doubt that there will be more than one new edition.)

2. Rabbi Jachter presents the question of the permissibility of using electricity on Shabbat as binary: It is either prohibited biblically or Rabbinically. There is, however, also a third opinion: that it is neither biblical nor Rabbinic, but instead is merely a minhag, a custom that is binding and authoritative.

3. Finally, a small oversight: The name of the author of the Minchat Yitzchak responsa is Yitzchak Yakov Weisz, not just Yitzchak.

About the Author
Rabbi Ysoscher Katz is the Senior Rabbi of PHS, a Modern Orthodox congregation in Prospect Heights, Brooklyn, and Chair of the Talmud department at Yeshivat Chovevei Torah. He received ordination in 1986 from Rabbi Yechezkel Roth, dayan of UTA Satmer. Rabbi Katz studied in Brisk and in Yeshivat Beit Yosef, Navaradok for more ten years, and is a graduate of the HaSha'ar Program for Jewish Educators, Rabbi Katz taught at the Ma'ayanot Yeshiva High School for Girls and SAR High School, and gave a popular daf yomi class in Brooklyn for more than eight years.
Related Topics
Related Posts