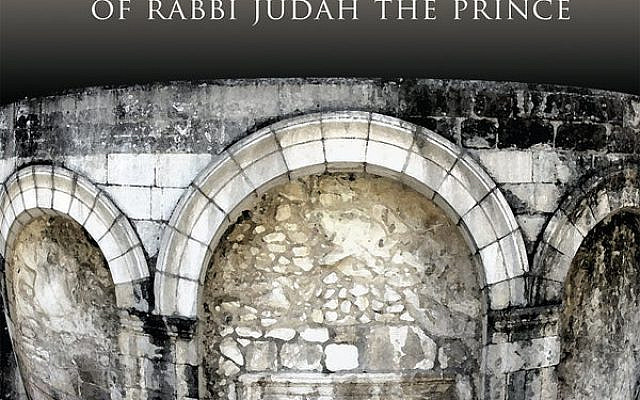 This review is in memory of Shifra Horowitz, ob’m. May her too short life bring needed change and her memory be for a blessing.

When I got a copy of Dov Zakheim’s latest book, The Prince and the Emperors: The Life and Times of Rabbi Judah the Prince (Maggid Books), I thought of the quip that “there are two types of people in this world: 1. Those who can extrapolate from incomplete data”. The reason being that I thought there was a dearth of Talmudic material in which to write a meaningful biography of one of the most important, if not the most, Talmudic personalities, namely Rav Yehudah HaNasi (Rabbi Judah the Prince), also known as Rebbe.

Some would opine that attempting to understand the holy tannaim (rabbis recorded in the Mishnah) is a fruitless endeavor. Partially based on what the Talmud writes in Shabbat 112b that “Rabbi Zeira said that Rava bar Zimuna said: If the early generations are characterized as sons of angels, we are the sons of men. And if the early generations are characterized as the sons of men, we are akin to donkeys. And I do not mean that we are akin to either the donkey of Rabbi Ḥanina ben Dosa or the donkey of Rabbi Pinḥas ben Yair, who were both extraordinarily intelligent donkeys; rather, we are akin to other typical donkeys.”

That approach would say that it is utterly impossible to understand these early saints. Zakheim obviously does not take that approach. In fact, he goes as far as to say that based on standard definitions, Rebbe would be considered modern orthodox. This is based on the fact that he was open to sources of knowledge outside of Torah, had meaningful relations with non-Jews, insisted on speaking Hebrew (as opposed to the lingua franca of Aramaic), advanced the rights of women, and more.

Of the 300+ pages in the book, about half of it deals with the history of the times, instead of Rebbe himself. This is a fascinating topic as Zakheim does a superb job contextualizing the milieu in which Rebbe lived.

As noted, Zakheim takes the approach that the Rabbis of the Talmud are both great people, and their lives and personalities can be understood today, notwithstanding their angelic being. He writes that the Talmud is not short of people we would today call characters.

One of the characters that Rebbe engaged with was Bar Kappara. He writes that Rebbe never gave Bar Kappara rabbinic ordination due to his flippant attitude. This was particularly because Bar Kappara annoyed Rebbe and his family at the marriage of Rebbe’s son Shimon, as detailed in Nedarim 51a. Bar Kappara’s irrepressible behavior eventually brought down Rebbe’s wrath upon him.

Rebbe’s most significant contribution was his redaction and editing of the Mishna. The common wisdom was that due to the travails of the time and persecution of the Jews in Israel, Rebbe had no choice but to put the Mishnah into writing. However, Zakheim notes that the times were relatively good for the Jews in Israel. Rebbe had excellent relations with the Romans during his years as Prince of the Jewish people.

The times were so good (relatively), that while Hadrian forbade Jewish entry into Jerusalem (he viewed the holy city of Jerusalem as a symbol around which Jews could rally and revolt a third time), the officials under the rule of Antoninus appear to have looked the other way if individual Jews occasionally entered Jerusalem on days other than the 9th of Av, when the community was permitted to enter its environs to mourn the destruction of the Temple.

As to Antoninus, one of the lingering mysteries is who this person actually was. There are over fifty references in the Talmud to Antoninus and over fifty more in midrashic literature about the relationship between Rebbe and Antoninus. Part of the challenge in specifically identifying him is that several emperors bore that name and were contemporaries of Rebbe.

The Talmud in Eruvin 13b quotes Rebbe that “I was sharper in Torah study than my friends because I saw Rabbi Meir from behind, and had I seen him from the front I would have been even sharper.” I think the best that we can do is see Rebbe from very, very far behind. And to the degree we can, we can thank Zakheim for that.