Once while she was visiting suburban New Jersey, I saw a very young girl from the concrete jungle of Manhattan who saw a darting cat, and thought it was a deer. Many New Yorkers, like those who dwell in large cities far removed from wild animal life, are often oblivious to the inhabitants of the animal world.

In The Torah Encyclopedia of the Animal Kingdom, Rabbi Natan Slifkin has written a masterful work that identifies all of the animals mentioned in Tanach. After reading this volume, one would not mistake a gazelle for a deer or an onager for a donkey, let alone a cat for a deer. 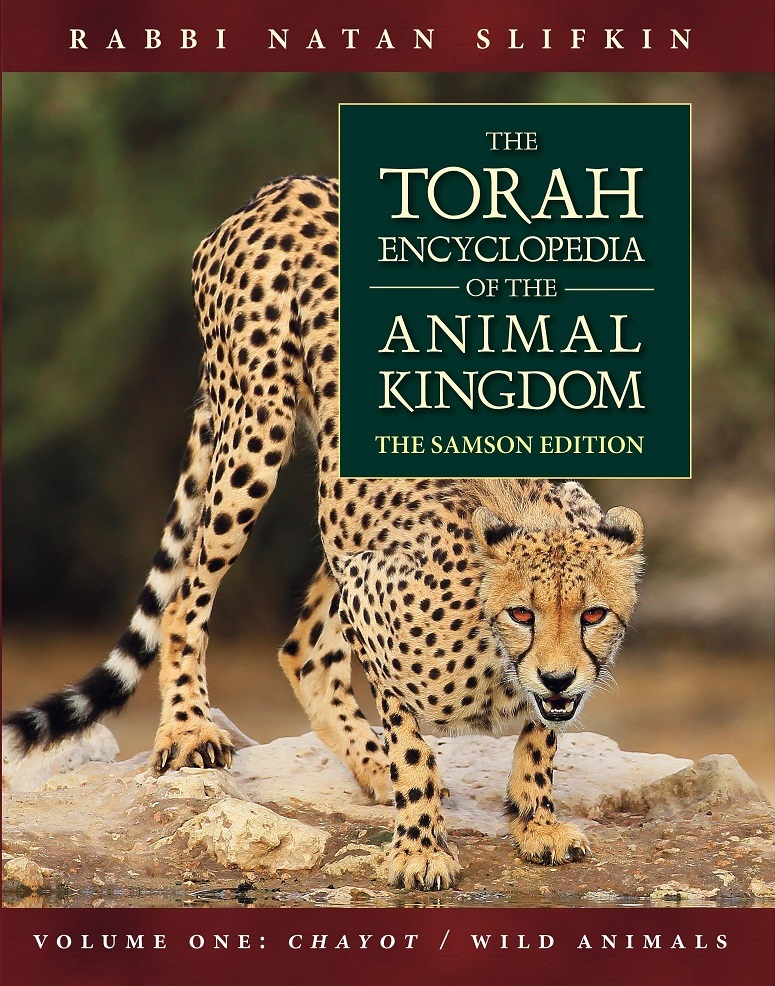 The mention of animals in Tanach is pervasive. So pervasive that the reader who is not savvy to these nuances may not appreciate the sheer numbers of animals mentioned. As an aside, which book of the Tanach make the most extensive use of animals? Slifkin answers that it’s the book of Job.

In this first volume, Slifkin lists all of the wild animals mentioned in Tanach, Talmud and Midrash. Each chapter starts off by defining just what the animal is. He then lists relevant quotes about the animal from its Judaic sources, and then discusses how the animal is identified, and its name in various languages. As to animal naming, Slifkin references numerous sources, including such scholars as Saadia Gaon and Yonah ibn Janach, both of whom make heavy use of Arabic to define the animal. Each chapter also details the symbolism of each animal.

Each chapter provides a detailed analysis of the identities of these animals. Slifkin uses classical Jewish texts for their Biblical identification, and then maps them to their current zoology identity. More often than not, they meet. When there is a conflict, there are a number of proposed solutions. The book also shows many instances where ancient Rabbinic understanding of the animal world is perfectly in sync with current scientific and veterinary understanding.

The book starts with an overview of the role of animals in scripture, Talmud and Midrash. It then details the classification of animals.

In the chapter on the classification of animals, Slifkin notes that the Torah’s system of animal classification is very different from modern zoology. The former is known as a folk taxonomy and the latter a scientific taxonomy. Scientific taxonomies are not absolute defined groups. Rather they are a system meant to categorize. While there are significant differences between the two taxonomies, Slifkin astutely notes that each taxonomy serves a different purpose, and contradictions between the two are not necessarily significant.

Slifkin notes that for various reasons, identifying the animals of the Torah is not an easy task. One reason is that Biblical Hebrew has not been a spoken language for thousands of years. These ambiguities of language and the struggles to identify these animals (often thousands of miles away from those who are trying to do the identification) have vexed scholars for thousands of years. Adding to the ambiguity is that Modern Hebrew usage of these animals’ names are often different from their Biblical meanings. For this reason, the Modern Hebrew meaning is often not the same.

What difference does it make if, for example, a person thinks that the tzvi is a gazelle, deer, ibex or antelope? The answers are manifold, Slifkin writes. One is that every animal is mentioned in the Torah for a specific reason and purpose. Those reasons can be negated if one makes a mistake regarding the very identity of that animal.

The book cites hundreds of reference, from a wide variety of sources. But while the book has an index of citations from Scripture and Talmud, it lacks an index to the hundreds of citations it uses from Midrash, which is a significant lack.

One of the most mysterious animals discussed in the Talmud is the koy. While Slifkin notes that the koy has been a favorite topic of Rabbinic discussion for many centuries, he spends a very brief five paragraphs discussing this enigmatic animal. Such an animal, whatever it may be, would warrant greater discussion.

In The Iranian Talmud: Reading the Bavli in Its Sasanian Context, Dr. Shai Secunda writes that to understand many aspects of the Babylonian Talmud, once must understand the Sasanian culture where it was developed. Similarly, if one is to read about the akko, ankakta, bardelas and hundreds of other animals mentioned in Tanach and Talmud, they need to understand both their definition and context. Slifkin’s book provides this background.

The Torah Encyclopedia of the Animal Kingdom is a fascinating and enjoyable work that lends itself to readers of many levels. Slifkin has done a remarkable job of detailing the many wild animals in Judaic sources. By understanding these marvelous animals and the wonders of their very existence, the animal kingdom is living testimony to the glory of its Creator.