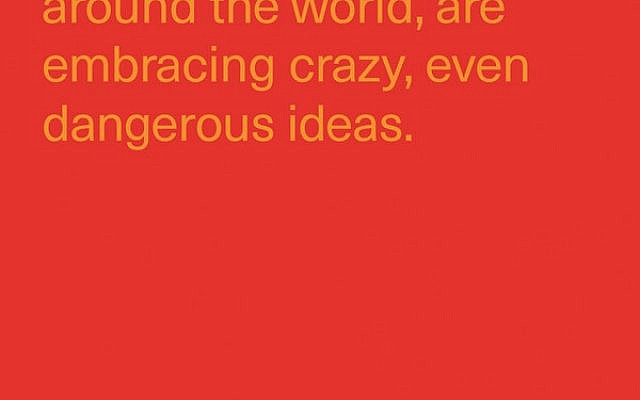 Basing its title from the 1981 book When Bad Things Happen to Good People by Rabbi Harold Kushner, in When Bad Thinking Happens to Good People: How Philosophy Can Save Us from Ourselves (Princeton University Press), Drs. Steven Nadler and Lawrence Shapiro, both professors of philosophy at the University of Wisconsin-Madison, do not deal with theodicy.  Instead, they attempt to deal with the alarming problem of bad thinking, which is permeating society. From flat earth to anti-vaxxers and more, irrational thought is another epidemic we are now facing.

They write that there is something seriously wrong, and that is that an alarming number of people in the US and around the world are embracing crazy, even dangerous ideas. Perhaps the most egregious of these ideas is manifests in the anti-vaccination movement. For many of these anti-vaxxers, they do not even know what vaccines are and how they work. But that does not stop them from irrationally pontificating on YouTube or writing countless letters to the editor arguing with medical doctors who know what they are talking about, and more.

From a scientific perspective, there is nothing to substantiate these beliefs. Furthermore, readily available evidence can show that these ideas are, in fact, false. But, often, educated, intelligent and influential people continue to believe them. And that is the conundrum the book deals with.

The book explains why bad thinking happens to good people and shows how to identify flawed arguments and unreliable information. The authors get into the concept of epistemology, which is the study of belief and knowledge.

Many of these false notions feed into conspiracy theories. Abbie Richards has a conspiracy chart of disinformation and conspiracy theories. While some of these are unequivocally false but harmless (bigfoot, crop circles, Elvis lives, etc.). Those whom poor thinking capabilities will often progress with these ideas into more dangerous ones. They eventually lead to what she calls the anti-Semitic point of no return, where people are forced to believe ideas that are dangerous to themselves and others.

The authors show how people can think responsibly. Because as we have seen, band thinking is like a virus as it infects all strata of society. However, the antidote for bad thinking is philosophical inquiry, with its associated tenets of good thinking, proper and critical reasoning, and how to form scientific beliefs rationally. And unless things turn around and there is a return to rational thought, all of us are in great danger.

The irrationality that is pervasive today can have deadly consequences. The authors do a great job of showing how we got to this state and how we can return to rationality and reason via a return to philosophical and scientific inquiry.