As a Zionist, I always feel that the week between Yom HaShoah and Yom Hazikaron holds special meaning for me. It is like a thread which connects these two days of remembrance, that stand as symbolic bookends, and that encapsulate the very raison d’etre of Zionism. From the siren on Yom Hashoah until the siren on the eve of Yom Hazikaron, I feel like I am walking around with one shoe on, in anticipation of Yom Hazikaron.

I recall looking out the bus window at the wrecks which adorned the roadside on the way to Jerusalem, a grim reminder of the sacrifice that these brave men and women made, to break the siege of Jews trapped in the Old City. I think about the Haganah volunteers and their grim determination, as the makeshift armored trucks slowly climbed the treacherous ravine, sitting ducks for the withering crossfire from Arab marauders placed on both sides of the road, as they pray that the wood sandwiched between two sheets of steel would protect them. Surely, with the knowledge of countless failed previous attempts and the wrenching loss of their comrades who went before them, they must have known that their own deaths were almost inevitable – as inevitable as the prospect of death was for the Jews in the Auschwitz and Treblinka. And yet, they volunteered.

I think about the Holocaust survivors who boarded the boats of the Ha’apala to reach Israel and at last have a place where they feel they belong, only to be taken from the ship just docked in Haifa to the battlefields of Latrun. And, having survived the inferno of the Holocaust, they perish, trapped in the furnace of a burning tank. However, it is the ghetto fighters and the partisans, who fought the Nazis in the forests of Eastern Europe, who then found their deaths fighting to create a homeland for us, that causes my emotions to well up and my heart to burst with indescribable appreciation. And, that is what makes the association between the two, inseparable. 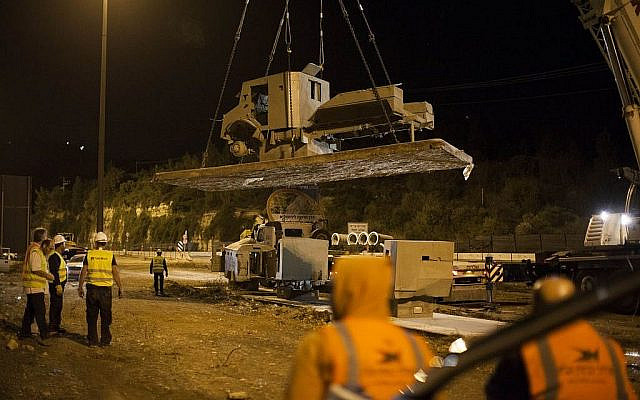 Wreckage of an armored car from the War of Independence on the Jerusalem Highway being relocated to the Sha’ar Hagai memorial site. (Courtesy of timesofisrael)

These two days of remembrance form a bond between the martyrs of the Holocaust and those who gave their lives so that we can live, as a free nation, in our homeland, Israel. Both bookends, which make our fundamental right to an independent state irrefutable.

Just as on Pesach, we recite that each generation should see themselves as being freed from slavery in Egypt, so I believe that we must see ourselves as being survivors of the Holocaust, demanding “Never Again”. From the ashes of the crematoriums of Auschwitz and Treblinka to the hellfire of the battles in the War of Independence, to ensure Israel’s birth and survival, this is our legacy. And we bow our heads in humility and homage, as we honor the memories of those we have lost – those whose deaths helped forge our determination for a homeland, and those whose sacrifice ensured that we have one and that we cherish it.

About the Author
Paul Mirbach (PEM), made aliya from South Africa to kibbutz Tuval in 1982 with a garin of Habonim members. Together they built a new kibbutz transforming rocks and mud into a green oasis in the Gallilee. He served in the infantry during his army service, serving in both Lebanon and the West Bank, including on reserve duty during the first intifada. Paul still lives on Tuval with his wife and two sons.
Comments