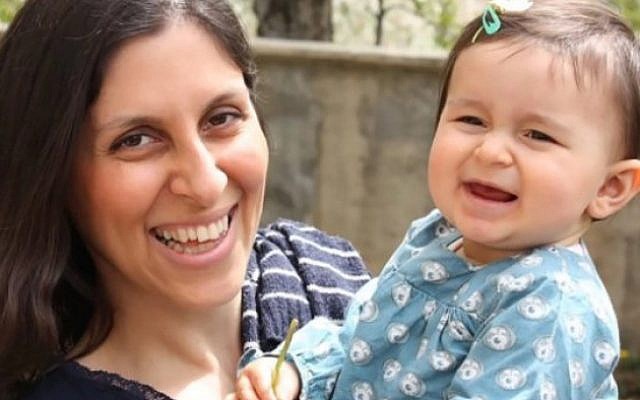 On his way out, British Foreign Secretary Boris Johnson has betrayed yet again the trust of Nazanin Zaghari-Ratcliffe, a British-Iranian dual citizen currently languishing in an Iranian jail on what can only be described as trumped-up charges.

Zaghari-Ratcliffe, who worked for the Thomson-Reuters Foundation, was detained in April 2016 at an Iranian airport while travelling home to London with her young daughter. Already serving a five-year sentence on spying charges, Zaghari-Ratcliffe was brought before a court in May 2018 accused of spreading propaganda against the Iranian regime.

To this date, Iranian authorities have never disclosed the exact nature of the crimes it alleges the British mother has committed, nor has she been granted legal representation.

His reckless remarks were seized by Iranian authorities to proof that the British mother was indeed a threat to the mullah regime. Zaghari-Ratcliffe was brought back into court and accused by a judge of spreading propaganda.

Johnson’s betrayal could cost her an additional five years in jail, or worse.

An embarrassed Johnson was later forced to retract his comments in parliament, stating that “I hope the House will understand with crystal clarity that Mrs Zaghari-Ratcliffe was there on holiday. She was not there in any professional capacity.”

However, for a man who “apologized for the distress and anguished caused”, Johnson has since proven completely insensitive to Zaghari-Ratcliffe’s plight. Despite her family’s relentless efforts to secure her release, Johnson spectacularly failed, time and again, at putting pressure on Iran’s tyrannical rulers.

The latest, and final, betrayal came with his resignation on Monday. At the time of his departure, Johnson had been in contact with Zaghari-Ratcliffe’s family over the possibility to provide her with diplomatic protection. A decision from the Foreign Office was apparently imminent.

“The resignation came at an unfortunate time for Nazanin”, her family said in a statement. “Since last week the file for the Foreign Secretary’s final decision on providing Nazanin diplomatic protection had been finalised by FCO staff and put on the Foreign Secretary’s desk. We had been hoping for a decision this week. However, the resignation came before this decision was made.”

The family clarified that they had now “been informed that a decision will no longer happen imminently. A period of time will likely be required by the new Foreign Secretary to be fully briefed across his whole portfolio, and then the file will need to be re-submitted after some time with our request again that Nazanin be protected. This new delay is an unfortunate consequence of the resignation.”

In a phone call with her husband on Monday evening, Zaghari-Ratcliffe learnt of Johnson’s resignation.

“I can’t believe it – what is going on in that country? I am so worried – worried that the new Foreign Secretary will need to spend months first reading the file, and then wanting to build relations, and then make new visits. And I am left waiting.”