Jeff Fager, chairman of CBS News, is faking it.

Fager speaks to audiences about how committed his network is to getting it right. He also tells people that when journalists make mistakes, as they sometimes do, they have an obligation to be transparent and admit their error.

“When you do make a mistake, boy oh boy, own up to it,” he said to students at the Walter Cronkite School of Journalism and Mass Communication at Arizona State University in 2012. “Go out of your way to own up to it because we all make mistakes.” 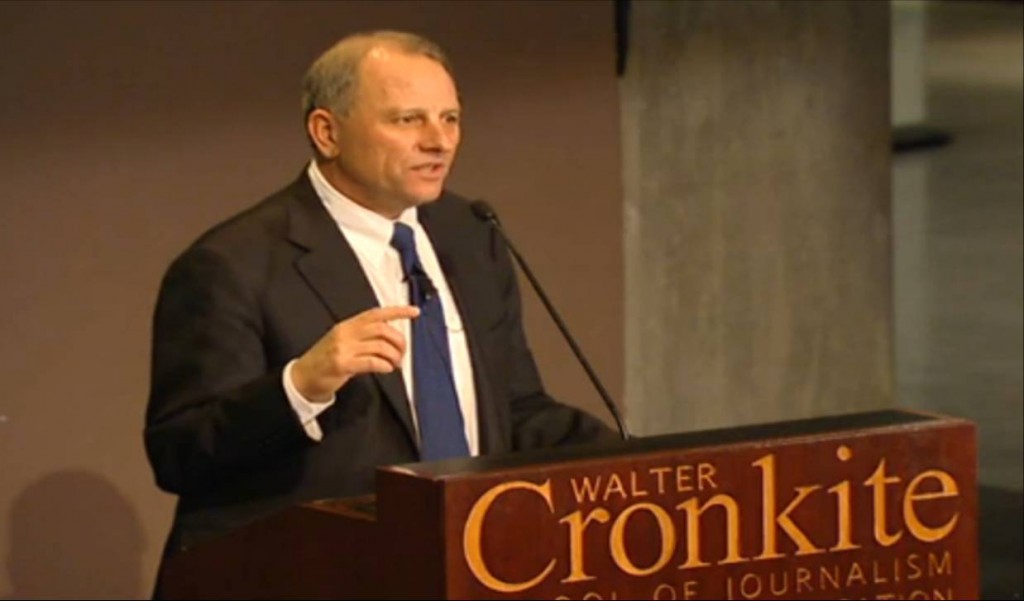 Fager offered the same message at the City Club of Cleveland in 2011. “If you’ve made a mistake,” he said, “you better recognize it and tell people you recognize it and start looking into what went wrong.”

There’s just one problem. It’s all show. Fager didn’t mean a word of any of this. Not one word. No doubt about it.

How do we know?

Fager, who also serves as executive producer for 60 Minutes, the flagship newsmagazine of CBS News, has stonewalled for more than a year about factual errors made in an April 22, 2012 segment about Palestinian Christians that blamed an alleged decline in the Christian population in the Holy Land on Israeli policies.

The decline however, never took place. In fact, the population has increased, a fact acknowledged by the Diyar Institute, a Bethlehem-based anti-Israel propaganda machine that doubles as a social welfare organization in the West Bank.

Bob Simon, the 60 Minutes correspondent who reported the segment, didn’t tell his audience any of this. He reported that Christians are decreasing as a percentage of the overall population in the Holy Land, but failed to inform his viewers that this decrease is due to an increase in the number of Muslims and Jews in the area. It’s a deceptive omission upon which the entire segment is premised. And 60 Minutes hasn’t come clean about this omission despite a tidal wave of complaints about the segment

That wasn’t the only error in the segment that has gone uncorrected. Bob Simon falsely reported that the security barrier completely surrounds Bethlehem, when in fact it doesn’t. Again, 60 Minutes has not made a correction.

For a while, it looked like a correction was in the offing. In early May, Fager communicated through an assistant that the show was “looking into” the issue, but that was more than a month ago and there has been no correction since.

In refusing to correct these and other errors, Fager has not lived up to his own advice.

It’s kind of surprising given what he says is at stake. Fager himself said it in Cleveland in 2011: “No doubt about it, one of the most serious threats to a free press is a big mistake without an apology or correction.”

You’d think that Fager himself would insist on a correction given the impact an uncorrected error has on his network’s reputation. “Credibility is what we sell,” Fager said in Cleveland in 2011.

This late in the game, he has none left to sell.

Despite all his talk, the conclusion is inescapable. Fager’s news organization simply cannot be trusted to make a correction if it makes a mistake.

Its audience – and sources – need to know.