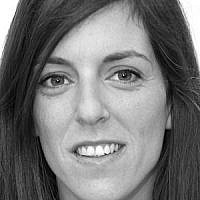 The Blogs
Yifa Segal
Apply for a Blog
Advertisement
Please note that the posts on The Blogs are contributed by third parties. The opinions, facts and any media content in them are presented solely by the authors, and neither The Times of Israel nor its partners assume any responsibility for them. Please contact us in case of abuse. In case of abuse,
Report this post.

In recent weeks, the amendment to the Boycott Law submitted by MK Yoav Kish was raised for discussion in Knesset committees. The amendment, which seeks to grant teeth to a law that has become a dead letter in the Israeli legal code, has led to sharp reactions from governmental legal advisors, with familiar claims that the law is “unconstitutional” and “bypasses the High Court of Justice.” It now appears that the pressure of the legal advisors was of decisive importance, and the law, apparently, will not be debated by the Ministerial Committee on Legislation.

In 2011, the Knesset passed the Boycott Law which was set to provide a legal tool for the citizens of Israel to battle against those acting to harm them.  Following the passing of the law, a Supreme Court petition was filed, and left-wing organizations were quick to join in on the grounds that the law is unconstitutional.  After an intense debate in the Supreme Court which focused mainly on the fundamental issue of whether freedom of expression should be restricted in the event of a call for a boycott of the State of Israel, the court ruled that the law was indeed proper and constitutional and should remain in place.

In addition, the Supreme Court rejected a single clause in the bill that sought to grant compensation without proof of damages by means of punitive damages.  The exclusion of the clause, which seems at first glance to be technical and non-essential, effectively rendered the law toothless.

The far-reaching operative implications of the exclusion of the clause is derived from the circumstances of the offense – a systematic and intentional boycott. These pose significant difficulties for a potential plaintiff to meet the threshold required for the usual proof of damages, especially when it comes to proof of the causal link between the act and the damages.

It is important to note at this stage that punitive damages are an exception in the realm of legal damages, and it can be argued that the Supreme Court ruling to disqualify these damages in this context was reasonable. However, the disqualification of the clause which sought to ease the burden of proof raises the need to amend the law and create a different legal solution that will balance the constitutional violation (as seen by the High Court of Justice) and the rights of Israeli citizens to sue organizations that operate systematically in attempts to harm them.

In addition, there is no doubt that the Israeli public’s understanding of the dangers inherent in the boycott movement and the collective desire of the public and decision-makers to combat this phenomenon has only become more acute in the years since the enactment of the original law, continued with the High Court’s ruling in 2015 and until today.

The boycott movement continues to rage around the world and harm the interests of the State of Israel, its security, its future, its economy and the individual rights of each Israeli citizen. But we, the citizens of Israel, are abandoned in the field and are exposed to continual boycott activity on all levels – economic, cultural and academic.

The proposal to amend the law therefore seeks to define a common and relatively acceptable sanction called “compensation without proof of damage” and limit it to 100,000 NIS.  There is, in fact, a similar mechanism in the areas of copyright, slander, sexual harassment, etc.  Even the Spam Act allows for compensation without proof of damages. It is evident that these mechanisms are accepted in legal systems in cases where the behavior is understood as fundamentally invalid and harmful, and in cases where it is clear that damage was done but the circumstances of the injustice make it difficult, or even impossible, to prove. If a person who downloaded an image from the Internet, even innocently, and used it strictly for private purposes can be sued for compensation without proof of damage, the question arises why it is inappropriate for a person, who has been systematically and intentionally targeted to be boycotted, to sue in a similar manner.

The concern of the legal advisors, which revolves around the Supreme Court’s disqualification of punitive damages under the Boycott Law, is that the allowance of these damages will further harm freedom of expression. In addition, the argument that compensation without proof of damage is unusual in the realm of legal damages is to some extent understandable. However, the legal and fundamental arguments in favor of the amendment are strong and significant. The amendment is significantly different from the section that was disqualified by the Supreme Court. The proposed sanction is softened, includes additional assessments and sets a limit on the amount of compensation that can be awarded.  These arguments must prevail even if they do not fully answer all the concerns raised by the Supreme Court (at least according to their interpretation of the legal counsel’s opinion).

If the amendment passes through the Knesset, we can expect that the legal debate will return to the Supreme Court. Decision-makers in the State of Israel must decide how important the war against boycott and the provision of a legal tool to indemnify the victims is to them.  Dry legal advice that does not have a policy (at best) and is apparently motivated largely by fear of having the law dragged before the Supreme Court once again cannot be a decisive factor in such a decision.

The bill is now at a crossroads, as it needs to make its way back to the Ministerial Committee for Legislation.  The upcoming discussion is probably the last one before the Knesset’s summer recess and holiday season. If the government submits to pressure and does not bring the bill to the next committee meeting as planned, the debate on the bill will be postponed for at least a few months, and perhaps will not return to the agenda at all.

About the Author
Attorney Yifa Segal is currently the Director of the International Legal Forum (ILF),a non-profit a proactive legal hub for lawyers, organizations and activists from all over the world, providing them with the knowledge, strategic planning, research and international network needed in order to effectively fight against human rights violations, radical ideologies, terror and the BDS movement. In the years 2013-2014 Ms. Segal was the Joint Director of Tazpit Press Service (TPS), the only Israeli news agency disseminating news reports and footage in real-time from Israel to media outlets across the world. While co-managing the news agency, Ms. Segal also volunteered her time and skills in the legal battlefield, both in Israel and across the world, joining efforts with various organizations. Prior to 2013, Mrs. Segal was a leading member of Shurat Hadin – Israel Law Center's legal team. ​​ Ms. Segal has a BA in Law from the University of Haifa, and an MA in International Relations from the University of Tel Aviv.
Comments