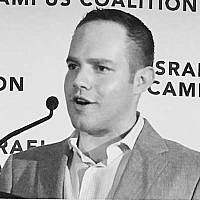 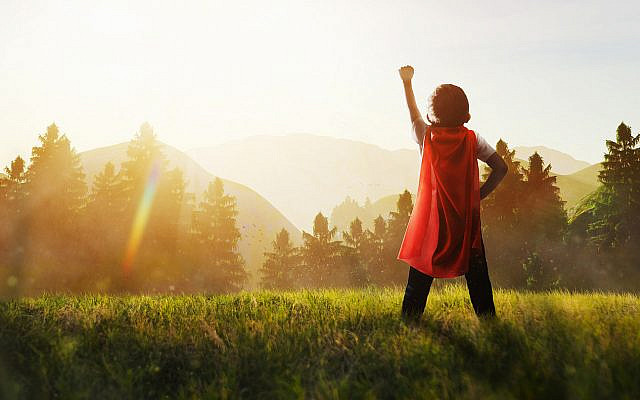 I am indebted to the wisdom of Rabbi Matthew C. Gewirtz. In his new book “To Build a Brave Space: the Making of a Spiritual First Responder,” he tells the compelling story of his life’s mission: to uphold Jewish values in the modern world and to be able to share them with congregants and others, whatever their backgrounds. Indeed, he has made it his special task to be able to teach and share with those of political ideologies, religious denominations, and life experiences profoundly different from his. All of us can learn something from his courageous example.

Rabbi Gewirtz’s views were first formed by his parents, his childhood rabbi, and the critical experiences of his youth. His mother’s family had fled the pogroms of Tsarist Russia, and his father’s family had lost relatives in the Nazi Holocaust; his Uncle Chaim was a survivor of the camps. His father’s strong awareness of the reality of anti-Jewish racism was matched by his mother’s powerful commitment to just causes. Gewirtz was only a child when eleven Israeli Olympic athletes at the 1972 Munich games were taken hostage and then massacred in cold blood by the Palestinian terrorist group Black September. In his own words, this caused him to experience “a new, visceral awareness of my Jewishness and began my lifelong devotion to the Jewish homeland.”

This awakening was nurtured by his dedicated spiritual leader, Rabbi Harold Saperstein of Temple Emanu-El in New York, an early champion of Soviet Jewry and, as a visitor in Israel during the 1967 Six Day War, one of the first Jews to play at the liberated Western Wall, the holiest site in our faith. Rabbi Saperstein told his congregation that he was fasting for 11 days, one for each of the murdered athletes, teaching young Gewirtz that action and example can meaningfully contribute to repairing an unjust world. Just months later, the Yom Kippur War – with its unprovoked attack on Judaism’s holiest day and the mutilation and massacre of captured Israeli prisoners of war – proved a stunning reminder that even Israel, the Jewish stronghold, could be a target of antisemitism, the world’s oldest hatred.

As Gewirtz matured, he found that his passion for justice and the Jewish people gave him great emotional strength. Once in New York, when accosted by a group of young Black males intent on mugging him, Gewirtz made a surprising connection. In his own words, he said: “Wait!… I’m actually not white, I’m Jewish!… And Jews were slaves too… in Egypt… you know, ‘Let my people go’?” Struck by the plea, one of the young men said: “Hey! That’s right, man! I heard about that in church. Pharaoh made the Israelites slaves, and [G-d] punished the Egyptians… Well, you’re still white, but I guess you’re okay. The Jews had it bad also.” Having connected with the gang on a spiritual level, they agreed to let him pass unmolested.

Having served as a rabbi at two leading synagogues, Rodeph Sholom in New York and B’nai Jeshurun in Short Hills – the largest synagogue in New Jersey – Gewirtz has been with his congregants through profound changes and challenging times, including the September 11th attacks, rising political polarization, and the COVID-19 pandemic. In the 1990s, Rabbi Gewirtz was an early leader in recognizing gay and lesbian marriages and in supporting LGBTQ+ clergy at a time when these actions remained deeply controversial. When the intifada of suicide bombings against Israel was launched in 2000, he visited the country at a time when its economy was reeling through loss of tourism; his congregants pressed money into his hand to spend there, ultimately an astonishing $15,000 in cash. He has led trips to Israel almost every year since.

Among all his lessons, Rabbi Gewirtz’s deep belief and investment in human connection and openness to new ideas are the most potent. He has used the value of “disruptive innovation” to “help bridge our growing political and ideological gaps,” seeking what he calls a “path to the radical center.” He has brought to his Short Hills synagogue figures as different as the Republican former Governor Chris Christie and the Democratic US Senator Cory Booker. He has even brought members of the famous street gangs the “Crips” and the “Bloods” for discourse on what leads to violent division and what can help heal these rifts.

Rabbi Gewirtz’s life story and personal message are intensely appealing because, far from claiming a monopoly on truth, he uplifts the value of listening to others and understanding what motivates them. He teaches that even a hostile interlocutor can be reached by the simple human kindness of asking about their well-being and that of their loved ones. His approach reminds me of Jewish and pro-Israel activists who pursue nuanced, informed, and respectful dialogue. This is in stark contrast to anti-Israel activists, who uphold a divisive anti-normalization policy.

Inspirational leaders like Rabbi Gewirtz give me hope that we will succeed in building a better and safer world. In the meantime, we should follow his example in strengthening Jewish institutions and remaining steadfast in our support of the State of Israel at this unique moment in history.