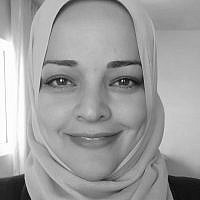 The Blogs
Layla Alsheikh
Apply for a Blog
Advertisement
Please note that the posts on The Blogs are contributed by third parties. The opinions, facts and any media content in them are presented solely by the authors, and neither The Times of Israel nor its partners assume any responsibility for them. Please contact us in case of abuse. In case of abuse,
Report this post. 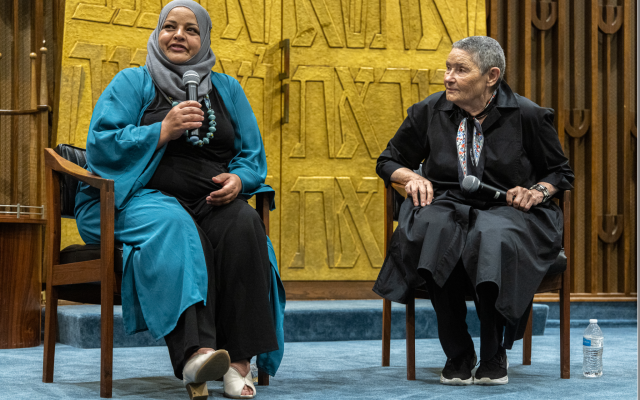 Three bereaved members of The Parents Circle Families Forum (PCFF)  took a unique trip to the South of the US, meeting advocates for nonviolence and peace and understanding the history of slavery and the Civil Rights Movement. The trip started in New Orleans, through Jackson, Selma and walking over the famous bridge to Montgomery. We gave talks in synagogues and shared our stories along the way. A workshop on nonviolence and restorative justice was a part of the learning curve and could certainly be adapted to the work of the PCFF. Sharing narratives was a tool for finding the commonality in the shared pain of loss and harnessing that loss for change.

Although I watched many documentaries and movies about slavery, nothing could prepare me for what I have felt witnessing a place where the practice actually occurred. On the second day of our trip with Telos to the south of the US, we visited the Whitney Plantation, which is outside New Orleans. You can almost feel that reality and better understand the awful things that enslaved individuals lived.

The reality of slavery has changed since the days when the plantation was operating. Slavery has evolved and has taken a new form. Today, as the director of Vera’s Institute of Justice in New Orleans told us, the system of laws in the US, and especially in the southern states, treat Black Americans differently than whites. To me, this reality reflects so many similarities with life in Israel and Palestine. We have two different law systems — one for Israelis and one for Palestinians. If a Palestinian commits a crime against an Israeli or kills an Israeli, the army might bulldoze his house and arrest his family members. This collective punishment will ruin his life and his family’s life. But when an Israeli does the same sort of crime, he might be jailed, or rather, his trial may be delayed, maybe they will let him go altogether. Two different laws.

During the journey, we held discussions about restorative justice and the positive effects this approach could bring. This path can be so much more healing for both the person who committed a crime and the victim, but it is also a much harder path to take. It’s easier to allow the whole thing to be settled in court, rather than for a criminal to face the victim and the victim to face the criminal. This made me think about our political situation in Israel and Palestine. It is much easier to maintain the cycle of hatred, revenge and death than to try to have sympathy and mutual understanding.

Along our journey, we tried to demonstrate that this path of reconciliation and peace is possible. On Friday evening, right before the Kiddush, Robi Damelin (a friend and co-worker at the Parents Circle) and I shared our personal stories with the group. We shared how we became bereaved mothers to our sons as a result of the Israeli-Palestinian conflict. Then we lit the Shabbat candles at the service. Doing that in front of a group of Jewish American activists, sent a strong message. If we, Palestinian and Israeli bereaved mothers, who have lost a child and should be enemies, can come together and light a candle for peace and hope, maybe that can make others ask questions. Maybe it can inspire them to spread the same message in their communities. Our message doesn’t just apply to the conflict in Israel and Palestine. It is a universal message anyone can relate to — of choosing love instead of hate, peace instead of war, and life instead of death.

About the Author
Layla Alsheikh is a member of the Parents Circle Families Forum.
Related Topics
Related Posts