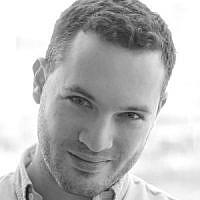 The Blogs
Oliver Worth
Apply for a Blog
Advertisement
Please note that the posts on The Blogs are contributed by third parties. The opinions, facts and any media content in them are presented solely by the authors, and neither The Times of Israel nor its partners assume any responsibility for them. Please contact us in case of abuse. In case of abuse,
Report this post.

My view on Breaking the Silence and the “Agent Provocateur” law:

Fighting the anti-Israel movement has in some ways defined the last ten years of my life. At Manchester University I was spat at speaking against boycott motions, as Chairman of WUJS I joined Israeli students as they were booed out of South African lecture theatres, I served in the military as a spokesman to the foreign media and I’m a Director of the organisation most targeted by BDS (KKL-JNF). Plenty have done far more, but I’ve been around and experienced my share of BDS and the anti-Israel movement.

Breaking the Silence are categorically not ‘pro-peace’, they distort and cherry pick, and their actions do nothing to resolve conflict in the region, but rather embolden and empower extremists. They seek to hurt Israel, not improve its society. I’d go as far as to say I despise them for their actions abroad, including frequently sharing a platform with those seeking to bring about the end of the State of Israel. It tortured me to experience a reality on university campuses in which Jewish students; bullied, harangued and victimized by the hard left and Islamists, had to then deal with Israelis from Breaking the Silence rocking up to their campus and present themselves as the “Israeli view”. While I cannot claim familiarity with every NGO being targeted by ‘Im Tirtzu’ and this Government, I can say that some of them do participate in similar activities.

And yet is the essence of democracy a price worth paying in order to quieten such groups? Absolutely not.

The existence of distasteful groups is part of the fabric of democracy. And while there is a tragedy in Jewish diaspora leaders needing to devote their energy to fighting against Israelis, it is an intellectual war that we relish. We relish it because we had truth on our side, and this fight is a responsibility we embrace.

I do not believe that this Government’s actions in targeting Breaking the Silence represents a legitimate effort against the malicious and anti-peace BDS movement. A government that cares about BDS and its image abroad; appoints a foreign minister, it does not divide the mandate of fighting BDS between five ministries as if it a toy, and it formulates its messaging to the international community, not only to generate headlines in Israel Hayom.

If BDS and delegitimization has suddenly become a prime concern of this government, there are many great places to start doing something about it, without beginning by launching a witch hunt against some NGOs we don’t like. My belief is that the ‘Agent Provocateur’ bill represents the utter failure of this government to launch a credible strategy for tackling the BDS movement. That instead of devoting serious resources to tackling a problematic global phenomena, this government believes in can legislate itself out of problem, with democracy paying the price.

Further, I would argue, if it were the governments intention to target NGO’s that hurt Israel’s image abroad, then Breaking the Silence should be joined by some of their extreme right equivalents. Their actions easily equal those of Breaking the Silence in terms of the damage they cause Israel’s reputation, and often their funding sources are far less transparent and from more dubious sources. Like European funding of Breaking the Silence, far-right foreign funding seeks to incite change within the Israeli electorate, and shift political discourse. The evolution of a political reality in which every government sought to legislate against NGO’s they find distasteful, would be a dangerous precedent indeed.

Most of all, if this government thinks this type of strategy will work, they’re tragically wrong. BDS and the far-left organizations that facilitate their work abroad, can be defeated only on the battlefield of ideas and opinion, a war in which this government has invested inexcusably little.

About the Author
Oliver is a director of KKL-JNF, and works as an international media and communications consultant for political and business figures. He has served as Chairman of the World Union of Jewish Students and is co-founder of Urban Recruits, Israel's biggest recruiter of foreign language speakers.
Comments