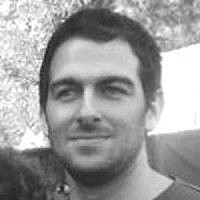 The Blogs
Ari Krauss
Apply for a Blog
Advertisement
Please note that the posts on The Blogs are contributed by third parties. The opinions, facts and any media content in them are presented solely by the authors, and neither The Times of Israel nor its partners assume any responsibility for them. Please contact us in case of abuse. In case of abuse,
Report this post.

No one wants to hear from Israelis except when they are blaming Israel for atrocities, real, exaggerated, and most especially when they are imagined. That’s the lesson to be learned from the group “Breaking the Silence” the group that parades around the US telling tall tales of Israeli Army abuses.

This is all too obvious when considering that an assessment by 14 military experts recently published said that the way in which the IDF conducts itself “Met and in some respects exceeded the highest standards we set for our own nations militaries. It is our view that Israel fought an exemplary campaign, adequately conceived with appropriately limited objectives, and displaying both a very high level of operational capability as well as a total commitment to the Law of Armed Conflict”. No one cares when there are a handful of ex soldiers willing to talk about the IDFs less than exemplary moments as well as lie about the culture and attitudes instilled in every person in uniform. That’s all that anyone wants to hear.

The most common justification for this behavior is one that was echoed by ex head of the General Security Service, known as the Shin Bet or Shabak, Yuval Diskin who said :“I don’t like their activity abroad and the fact that they are not satisfied with the control and justice system in the State of Israel. But they provide another, important mirror to our actions. Even if they can make us angry, even if they are sometimes inaccurate or not doing their jobs correctly – their contribution is very important,” Aside from being one of the worse endorsements i’ve ever heard, Diskin’s justification for the existence of Breaking the Silence is that they allow us hold up a mirror to ourselves. But don’t we do that already?

Israel is a Democracy and a highly critical society with a healthy debate about anything and everything from the price of groceries to the necessity of the wars that we fight. We don’t need another mirror we examine ourselves plenty. On top of all that there is a global community that is more than happy to point out our flaws for us.

This is all forgetting for a moment that they do a large portion of their work outside of Israel. What mirror are they holding up then? At best they only innocently let themselves be paraded abroad to tell people their message: Israel is a monster. They include no context since most of their audience has never served a day in uniform or experienced the chaos of combat. It is not mentioned that these incidents are by and large the exception rather than the rule. The important thing is that they alleviate their conscience. The speakers selfishly try to absolve themselves of Israel’s “crimes” by washing their hands of them. It would be too hard to try to change the army and society within the system that Israel has, rather they prefer to do so by claiming that they “put pressure on Israel” from abroad.

In the end, one can only conclude that Breaking the Silence has set out on the goal of spreading the message to the campus groups that chant for an Intifada against Israel that they are right. We are terrible and you have every reason to hate us. They do nothing but fan the flames of hatred that already burn too hot. It is wholly uninteresting to them that military experts from around the world said in one of the conclusions of their report: that “Where the high standards of the conduct that the IDF sets for its personnel have not been met, incidents are investigated including criminal investigations, through an independent mechanism under the oversight of the democratic institutions of the State of Israel.” Never mind that. To them, and the rest of the world the sins of the Jewish state are indelible.

I will never for a moment say that Israel or the IDF is perfect. Every country has it’s flaws, it’s weakness and where to improve. But I cannot stand by while the IDF described by this group is not the one that I proudly served in as an infantry soldier and continue to serve in as a reservist. It does not reflect the Israeli state, Israeli society or the people that I love. It is a fun house mirror meant to warp the way the world sees us.

About the Author
Ari is an under appreciated, over caffeinated oleh chadash, reservist, and MA graduate from the Government program at IDC Herziliya with a focus on Homeland Security and Counter Terrorism
Related Topics
Related Posts
Comments