Like smoke, the majority of my lifetime has quickly blown away. So, before it all becomes dust in the wind or buried deep in my obit, let me spin a yarn about what I did in San Francisco, the summer of ’68:

There was no sense in hanging around the yeshiva in Chicago. There was every reason to be back in Chicago in time for the now-infamous Democratic National Convention. So foolishly, it was not hard to be convinced to spend that summer at my parents’ home in San Francisco. Hey, I mean, it was 1968.

I was a good boy, a mindful, un-rebellious 18-year-old living under the roof of a momma and poppa who commanded obedience, respect, and clean living. What is a yeshiva bochur to do with the San Francisco Summer of Love but live it vicariously, on the periphery?

Thus, I dawdled for a while in Haight-Ashbury. Walking home from schule one Shabbos, I was waylaid by electronic pandemonium pulsating from Golden Gate Park, only to find Janis Joplin full-throttle officiating at an impromptu wake for a wiped-out biker named Chocolate George.

I floated through a blue haze of ganja to fritter away hours of hearing and telling rambling wonder tales of Chasidic masters and Sufi mystics at Shlomo Carlebach’s House of Love and Prayer. They even anointed me “Assistant Resident Messianic Prophet in Training, “A.R.M.P.I.T.” Get it?? It’s probably because I was the only one there who had sat at the table of a real, live Chasidic Rebbe, the Lubavitcher. (I’ll tell you that story some other time.)

Then my mother got the entirely too honorable idea that I should find a job. I applied for a position sharpening pencils for the illustrious attorney. Melvin Belli, to no avail. A schule crony suggested to my dad that I would have a better chance if I’d join a union. So, off I trundled to Local 9 of the International Brotherhood of Bellmen, Porters and Janitors. I plunked down my $6, and to my vague dismay, I was instantly pressed into janitorial service at the Ramona, a raunchy hotel in the infamous Tenderloin red light district.

If yeshiva were an education, the Ramona was a Rhodes Scholarship. Being a sheltered, over-protected only child, I learned more of life’s realities in a month of sorting soiled towels and linens than I had from 63 tractates of Talmud. Pimps and winos and junkies and prostitutes and down-and-outers.

And nebbish, there were also the clean-cut poor folk, most of whom would come and go by church bus, having scrimped for a moment’s taste of San Francisco’s splendor, only to find that they had been buffaloed by economics into three nights at the squalid Ramona.

Braverman, the proprietor, soon discovered that Wilson was an alias for Wiludzanski, a lantzman from Bialystok. My stocking cap, he quickly came to see, masked the yarmulke that I was too self-conscious to wear in the urban wilds.

So Braverman, representing management, would visit Wiludzanski, representing labor, spent each afternoon in the Ramona’s fetid basement. as I sorted clammy sheets and towels, we would discuss the Talmud and Ben-Gurion and the roots of Twentieth Century biblical criticism.

Lunch hour brought its even more vivid palette of experiences. Stretched out on the grass at Union Square, incessant cable car clang, the babble of soapbox preachers exhorting of impending apocalypses, I learned every Hare Krishna mantra by repetitive osmosis. The way, I guess, you’re supposed to.

Once, my adolescent libido and curiosity led me into a topless bar on Turk Street, a dive that no one seemed to inhabit at lunchtime, save an anemic bartender and a solitary dancer jiggling impassively to Jerry Lee Lewis’s “What’d I Say.” At record’s end, she sat down on the stool next to me, extending her hand benignly, as one would to a business associate.

She was neither provocative nor tawdry, just a heavy-hearted, weary woman. She would cross the Bay Bridge from Oakland each morning, she told me, to do the only thing that she knew to eke out a living for the three year-old daughter, whose picture she eagerly produced from her pocketbook.

She excused herself to resume her sad-eyed routine. I told her that she really didn’t have to dance on my account, but she told me that she was obliged to follow the rules. Rules for the Sabbath. Rules for keeping kosher. Rules even for this, I remember thinking to myself, as it dawned on my naive psyche that we are surrounded each day by obscenities far more malignant than a pair of naked breasts.

I can’t say that I returned to yeshiva that Fall acutely conscious of the rite of passage, the worldly-wisdom, I attained by a summer spent as janitor at the Ramona. Perhaps it takes the attainment of one’s philosophical years to recognize that our world, our lives, are a cacophonous coexistence of the tawdry and the sublime, of pathos and squalor.

It is a lesson, in retrospect, that we have learned far more poignantly from the philosophical musings of owners of seedy hotels and war-weary topless dancers named Brenda than from seminary classrooms and insipidly holy tomes.

Funny. the only thing I remember from the Fall of 1968, back at yeshiva in Chicago, was a call from a union enforcer with a voice like Edward G. Robinson, who wanted to know why I hadn’t yet paid the next installment of my dues to Local 9.

So, Haight-Ashbury died. Janis died. The House of Love and Prayer died. Braverman died. The Ramona died. My union card lapsed. Of Brenda and her now 40-year-old child, God only knows.

But sometimes I still have this incredible fantasy that if the enforcer were to call today demanding the next increment of my dues to Local 9, I might find it irresistible to fork them over. And, between self-recrimination over still failing to “find myself,” and fighting back the tears over what has and could have been, I might even reconnect with the deliciously gritty reality from which we who are trapped in the middle class come all too easily detached. 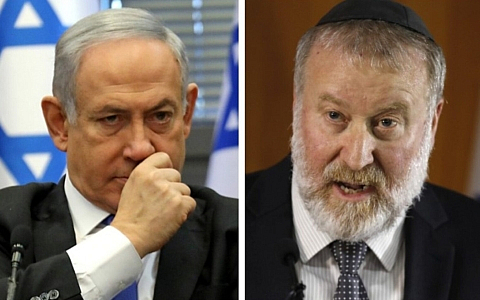 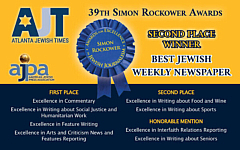 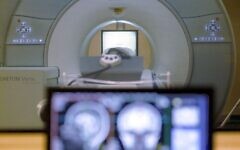 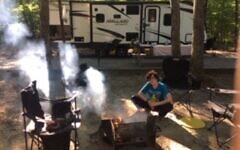 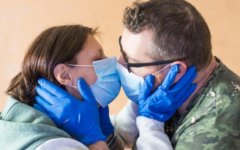 Love in the Lockdown
Bob Bahr 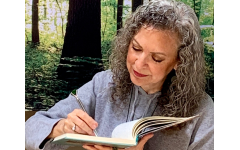