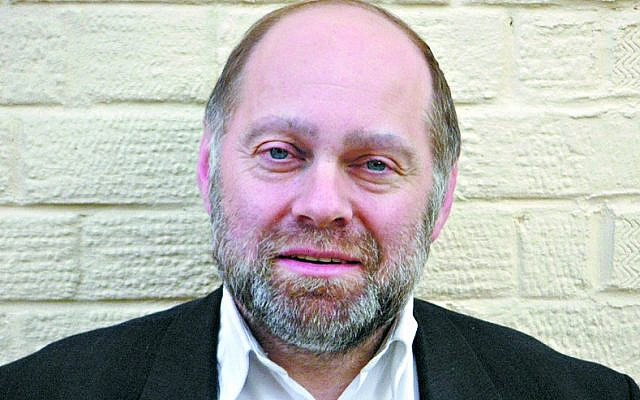 I would like my first blog to be a tribute to an old friend and opponent, Brian Gordon. He died at the age of 64, just before Yom Kippur only days after taking office as mayor of the London Borough of Barnet. We were totally opposed politically, but I had a great deal of respect and affection for him personally

Brian and I were long time sparring partners and later colleagues as members of the Board of Deputies. We were from the very opposite ends of the political spectrum; Brian, a leading spokesman for Likud in the UK, and I, a former Chair of the British Friends of Peace Now. I don’t recall often agreeing with Brian but whenever I did I felt I should immediately re-examine my position.

We crossed swords often on Spectrum Radio, a  Multi Faith radio Station , at one time run by the Saudis, where there was a Jewish slot. He was an articulate and a formidable adversary in debate. Despite, or perhaps because of, the fact that he was a ba’al teshuvah, a returnee to Orthodox Judaism his religious and political outlook was engagingly simple. The State of Israel was the beginning of the redemption; the War of Independence, the Sinai campaign in 1956 and the Six Day War were all miracles -signs of divine intervention in history.

Similarly his view of history was straightforward; the destruction of the First Temple and the first Jewish Commonwealth had nothing to do with great power rivalry between Babylon ,Egypt and Assyria; it was because the Jews committed murder, idol worship and immorality. As for the destruction of the Second Temple — forget about the Romans — it was due to causeless hatred among  the Jews.

The State of Israel, holy though it was, had its downsides. Normal aspects of modern life, like the construction of a football stadium in the Holy City were a sign of the deplorable godlessness displayed by the secular founders of Israel.  Still, as he was pleased to say, there were only two types of Jew; those who were Orthodox and those who were not yet Orthodox.

Sometime after we first became acquainted I joined him on the Board of Deputies where he had already established a reputation as a prominent spokesman for opinions to the right both on the religious and political spectrum. I remember sitting next to him at a Board meeting where the Middle East conflict was being debated. I delivered a speech, which I thought was a fair minded, if rather pedestrian, view of the situation. I sat down and Brian said to me how much he admired me. He said after all these years and all that has happened ‘you can still speak…. the same old bilge as before’. His timing was immaculate and one could not help being amused.

Eventually, I stood for president. Brian had previously decided to resign from the Board. I thought then, as I think now, that this would be a big loss. I knew he would not have voted for me, even if I had been the only candidate in the race, but I tried to persuade him to stay. I failed. He was moving on and becoming more engaged with the Haredi world.

Our contact continued, though, and he was sometimes amenable to persuasion. He began to write  for the Jewish Tribune the leading Haredi paper in London, Somehow I got wind of an item he was going to write which I felt was racist and would damage the community as well as the paper, if published. Even the Tribune, I pointed out, was read by people outside the community. It was interesting that, though he presumably believed the things he was writing, he accepted my argument, that they would seem racist to any observer, and did not proceed.

He was not confrontational, unlike some of his successors on the Zionist right, but was happy to advocate his views in unfamiliar environments. I and others, subsequently arranged for him  to address a meeting of Meretz  UK where he gave as usual an articulate defence of his position. There were questions and then came the toughest question of all for people on either side of the debate. What would you do if you were Prime Minister of Israel and had a mandate to solve the situation? Brian was fearless. He said he would annex all the territories, Judea, Samaria and Gaza

The inevitable question followed what would you do with the inhabitants? Enfranchise them all and give them equal rights, Brian replied. And what about the demographic problem? Brian had three answers here. First there were probably not as many Palestinians there as people thought.  Secondly many of those, who were there, might leave. But he had a third answer in case anyone  thought these two answers were unrealistic- ‘the moshiach will come- after all you are all Jews and believe in the coming of the Messiah’. This was a largely secular audience but Brian said it with such seriousness that I think he got away with it. It was a tour de force. 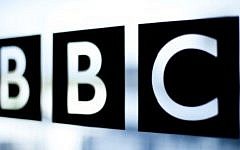 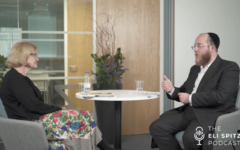 OPINION: Ofsted are not following the law – they are a law unto themselves
Shimon Cohen 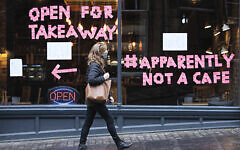 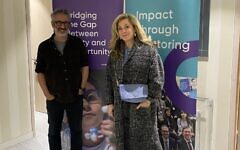 David Baddiel: Some people don’t have a sense of Jews as a minority
Jenni Frazer