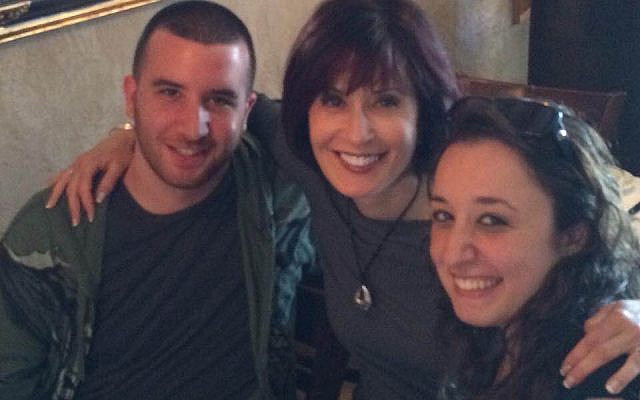 I have been trying not to think about today. Trying and failing. You know, one of those things that is just too painful to think about so you do all you can to shove it out of your brain or lock it tightly into one of those compartments that I imagine lurk deep in my gray matter. Trying and failing. Because no matter how many ways I want to deny it or pretend it doesn’t exist, today is my nephew’s 30th birthday, a birthday he will not celebrate.

Zachary was born about six weeks early, anxious to get into the world, even in utero a child who did not want to be confined. I remember seeing him for the first time when he was two weeks old. He was so perfect and so tiny. I tagged along when my brother got up to change Zach’s diaper and we both marveled, and laughed, at trying to put a diaper around this little body with, as I said then, “no tush!”

He was energy and mischief personified as he got older. One weekend he and his sister were staying with us and Zach was in the kitchen with my husband and me. We were drinking some coffee after dinner, the other kids were playing in the family room, and Zach, at about 4, was going in and out under the kitchen table. He wasn’t just fooling around, he was putting on a play. He told us a story, ducked under the table to “change characters,” and even adopted different voices (as much as possible for a 4-year-old) as he acted out the parts. We were amused and also amazed at his gifts.

It’s hard to contain that kind of spirit and, for all the joy he brought, he was a child who could also give his teachers and his parents a run for their money. As I think about him then I see those bright eyes that missed nothing and that ear to ear smile that was never far from his face.

But as is too often true, “Man plans and God laughs,” and Zach’s life (as well as his sister’s and all of ours) were forever changed when his father died in what can only be called a freak accident. To think that Rebecca at 12 and Zach at 11 were there to witness my brother’s last moments shakes me to my core even now, so many years later. From a happy family of 4 to a broken family of 3 took just moments but the impact was profound and permanent.

Zach struggled after his father’s death as we all did but while many of us found ways to patch the holes that were torn in our hearts and in our lives, he never really did. A dear friend of mine often says that even good kids make bad choices. And so he did. Not always and not forever and, at 24, he’d seemed to have found work that he liked and that fit him and a path forward. But one more bad choice was one too many and his life ended, in some many ways before it really started.

I think about Zach as a bright light, a light that was, perhaps, too bright to burn for as long as we all wished that it had. I can’t help but put that into the context of our world of older adult services. Our elders are lights that have endured and that continue to burn. How important it is for us as family members to capture those memories, appreciate those stories and preserve them for our children and their children. None of us know how long our lights will burn, how long the people we love will continue to illuminate our lives. Life is far too fragile and every moment, every minute matters. Happy birthday Zachary, how I wish you were here to hear me say those words.