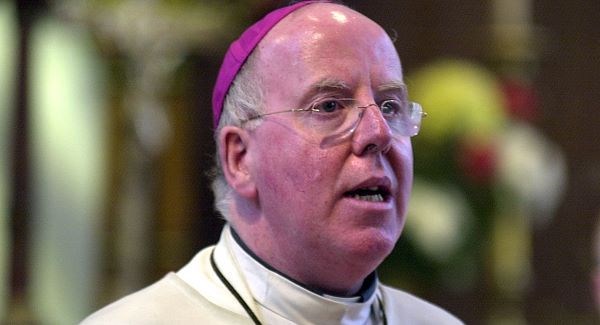 Most Rev. John McAreavey who resides at the Bishop’s House, Armagh Road, Newry, Co. Down in Ireland, a Catholic churchman, visited our region and was quoted saying

The West Bank was intended to be a Palestinian area but settlers, some from Israel but many from America, are determined to create new facts on the ground and take as much territory of the West Bank as they can.

He also warned that if the situation was not stopped, in years to come visitors to the Holy Land would find all the churches closed. “They will be museums.”

The Bishop came with a group called The Holy Land Coordination which was accompanied by representatives of the Irish aid agency Trócaire which is supporting a local NGO, the Society of St Yves.

If I could, I would wish to communicate to the Bishop a few points for his elucidation.

You stated that the “West Bank was intended to be a Palestinian area”.

But let’s back up a bit. “Palestine” in the sense of a modern geo-political entity came into being only when the League of Nations voted to grant Great Britain a Mandate over this area.  And when I write “this area”, it at first included what is Israel, Jordan and the Israeli-administered territories and those are called “Judea and Samaria”, just like it is recorded in the New Testament with which you are familiar:

The Apostles were to receive the power of the Holy Spirit which will come upon them, and they will be witnesses not only in Jerusalem but ‘throughout Judaea and Samaria, and indeed to earth’s remotest end.’

And when those Apostles scattered, they did so ‘to the country districts of Judaea and Samaria‘.

Note, Sir, “Palestine” did not exist in Jesus’ time.

But to return to what was the intention regarding what Palestine was to become.  It was the ‘a national home for the Jewish people‘.  After 30 years of an Arab campaign of terror which resulted in the ethnic cleansing of Judea and Samaria, and Gaza as well, the United Nations recommended that most of that area became an Arab State.

The Arabs, of their own free will, rejected that plan and launched a war of aggressive eradication against Israel, the Jewish State that was to arise from that Partition Plan.  They continued a terror war as fedayeen in the 1950s and starting in 1965, as the PLO.

They also rejected Menachem Begin’s autonomy proposals.  They have not at all seriously negotiated the Oslo Accords framework.  You do know all this, yes?

Your anger and frustration should be directed not at Israel but to Mahmoud Abbas who has been the President of the Palestinian Authority for the past 11 years.

We are not ‘settlers’ (and maybe 15% originated in America) but revenants, those whop have returned to their ancestral lands after a long, and forced, absence.  We are recreating facts that were here since the first Hebrews took up residence in, for example, Shiloh, where I live. And that was many centuries before Arabs invaded, conquered and occupied my homeland, the Land of Israel in 638 CE.  As you probably recall from Matthew 2:19-21

As for harm to Christians who need to flee, that is the result of Islamist actions.  You have read this report?  The sole country in the Middle East which is safe for Christians is Israel.

Sir, it behooves you to know the Bible, the Holy Scripture and history as well as current affairs.  That will bring you closer to God.