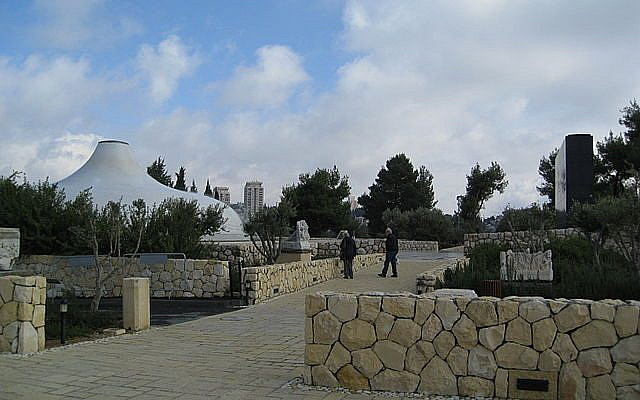 The Shrine of the Book, at the Israel Museum. (Wikimedia Commons)

One of the unfortunate consequences of the past two COVID-filled years is that most of us who have been used to regular trips to Israel have been unable to make a visit.

Although there have been a couple of short periods where Israel has opened its doors to tourists, and some accommodations that Israel has made for people with specific needs, almost all of us have been unable to travel to Eretz Yisrael.

This includes many of us who have children or other family members who live there.  I know lots of folks who have sadly missed weddings and other simchas of friends and family because the borders have been closed.

I sincerely feel bad for the individuals who haven’t seen their children and grandchildren during the past two years (WhatsApp doesn’t count), and for those who genuinely feel a spiritual connection to the country and who gain inspiration from their regular visits to Israel.

And yet … and yet, I think there is a silver lining to the fact that the large majority of us have not been able to hop on a plane and head to Israel like we used to.

For many of us, Israel has simply become a destination for special events, reunions with those who have made aliyah, and family vacations. Rabbi Shmuel Goldin, former spiritual leader of Congregation Ahavath Torah and now a senior scholar for Nefesh B’Nefesh in Israel, described this phenomenon by saying that Israel has become a sort of “Jewish Disneyland,” perfect for bar/bat mitzvah celebrations, weddings, and Pesach and Sukkot holidays. Nearly gone, however, is the enduring sense of amazement, the recognition of Israel’s formation as a turning point in Jewish history. Rabbi Goldin feels that the fulfillment of a dream for which we have prayed for centuries is often met with a collective shrug.

Those of you in my generation certainly remember Israel’s great victory of the Six Day War, and those in my parents’ generation even remember the miracle of Israel’s birth after the Holocaust almost 75 years ago. Those were seminal and foundational moments in the development of our own personal Jewish identities. Do our children and grandchildren feel the same way about Israel as we do? After all these years, do we even feel the same way?

The truth is that I am guilty, too. On our last trip to Israel together, my wife and I decided to focus the entire trip on visiting with family and friends. No sites and sounds of the country. We enjoyed our visit immensely. However, the truth is we could have been in Uganda rather than Israel.

A couple of years ago, some close friends of ours made a trip to Israel. I saw them in shul on the Shabbat after they returned, and I asked them how their trip was.  “Great,” they said. “We ate out at two fantastic new kosher restaurants in Jerusalem.”

I understand that maintaining passion is difficult, and that our relationship with Israel — both religiously and politically — has become increasingly complex. Still, I wish that we could bring back that excitement about Israel that was universally part of being Jewish.

And that’s where I think the current situation comes in. I am hoping that with the long hiatus that we now have experienced, we will be better able to appreciate the historical significance and the emotional attachment when we finally do go back to visit Israel.

About 50 years ago, as part of my bar mitzvah celebration, I was privileged to take my first trip to Israel, as my family celebrated the simcha by taking us all to Eretz Yisrael for an entire month during the summer.

The trip was amazing. I was only 13 years old, but I was mature enough to appreciate what I was witnessing when we got there. I remember approaching the Kotel for the first time, and the feeling I got when I touched the stones — thousands of years of Jewish history suddenly came to life. I visited the places I learned about in my Chumash (Bible) classes — the place where Yaakov had his famous dream in Beit El… where Rachel died in childbirth and where she was buried in Beit Lechem… The Cave of the Patriarchs in Hevron.

I also was amazed to hear Hebrew — the language of our past — spoken on the street by all of the country’s residents. My Hebrew was pretty poor (it still is), but I remember intentionally trying to speak to storeowners and shopkeepers in Hebrew as best as I could, because I was so enthralled by the concept.

We stayed in an apartment in Bayit Vegan in Jerusalem, with a magnificent view of the Hebrew University and the Israel Museum in the valley. Winding down the hill on Rav Uziel Street, where our apartment was located, was the Holyland Hotel, which housed a fabulous replica of the Beit HaMikdash (Temple).

We went to see the Dead Sea Scrolls, and my father showed me the 2,000-year-old manuscript which contained my bar mitzvah haftarah… and I read it from the scroll word for word, exactly as I was going to be reading it for my bar mitzvah.

It’s that magic that I’m hoping we can all recreate. And fortunately, there are some good signs. In 2019, before the pandemic, the number of families making aliyah reached a record high — and this past year, the numbers approached the 2019 numbers, in spite of a global pandemic. Many students are entering the IDF after completing high school or college, a phenomenon that did not exist a generation ago. And at least within the Orthodox community, political and financial support for Israel is universally strong.

Let’s hope that once the current Omicron virus is behind us, Israel will allow all tourists to reenter the country — and we can once again appreciate the blessing of a Jewish homeland that we have been granted in our lifetime … and the magic that still exists.