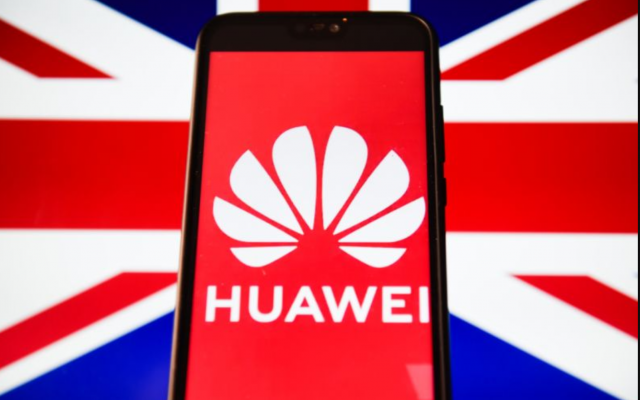 It’s not the security issue, stupid, it’s the moral one!

The British Government has agreed to make HUAWEI a partner in developing the United Kingdom’s 5G network. Security chiefs say limiting their involvement will mitigate the security risks. So what’s the fuss?!! It’s not the security risk, it’s the risk to Human Rights! HUAWEI is deeply involved in the internment of over 3M Uyghur Muslims in concentration camps. The UK should not do business with HUAWEI until the camps are closed, all internees released, and the religious and cultural freedoms restored to the Uyghurs in line with China’s constitution.  This week, British Jewry showed they understand this.

China’s attempt to wipe out the Uyghur Muslims as a religious ethnic group is the largest most organised attempted genocide since the Holocaust. Camp internees face physical torture, brainwashing, starvation and murder. There is widespread rape, forced sterilisation and abortion. There is medical experimentation and forced organ donation, followed by cremation of donors. HUAWEI’s Hi-Tech surveillance provides the digital infrastructure for the camp system. Through advanced biometric techniques (including facial and emotional recognition, voice prints and retinal scans), acts as minor as growing a beard, appearing to pray, or leaving your house through the back door, result in arrest and subsequent incarceration.

It all seems so familiar to us Jews- mass internment in concentration camps, with the stories of escapees leaking out into a world not doing enough to close such camps. What is happening to the Uyghurs speaks not only to our historical experience but to our deepest religious and ethical beliefs.

Hillel said “What is hateful to you, do not do to your neighbour” (Shabbat 31a), paraphrasing what Rashi called ‘a great rule’ of the Torah, “Love your neighbour as yourself” (Vayikra 19.18). When Judaism says ‘neighbour’, it means ‘fellow human being’, not just fellow Jew (Raphael Shimshon Hirsch). We know what it was like to suffer like the Uyghurs, with too few to speak for us, so we should now speak up for the Uyghurs and work for the ‘Closure of the Concentration Camps in China’. Hillel puts it this way, “If I am just for me, what am I?” (Avot 1.14)

Hillel goes one further. “If not now, when?” (Avot 1.14). Now is the time for us Jews to stand with the Uyghurs and call on the Government and private individuals to stop all business dealings with HUAWEI for their critical role in this ethnocide. Other nations have risen to the challenge. Norway has removed HUAWEI from their 5G network on human rights grounds and chosen Ericcson. Australia has done the same, with Italy’s parliamentary security committee and the German Parliament requesting their governments follow suit.

Human rights are written deep into Judaism’s religious and cultural soul. We believe everyone is created in the image of Hashem (Bereshit 1.27). This means everyone is equal. We believe mankind is one family (Bereshit 5.1). This means we care for each other. Our philosophers (Saadiah Gaon, Maimonides) state we were created with freedom of choice. The Onkelos (1st Century Aramiac translation of the Torah) rendered ‘man became a living soul’ in the creation narrative as ‘man became a speaking soul’ (Bereshit 2.7). By standing up to speak for the Uyghurs freedom of religious choice the Jewish people remain true to our soul, our core beliefs, and our God given vision for mankind.

That is why Jews must call on the Government not to proceed with the HUAWEI deal and to restrict all trade with the company in light of its critical role in the Uyghurs’ suppression, until the camps are closed, all prisoners released and freedom of religion restored.

I was privileged this week to be present when British Jewry’s representative body, the Board of Deputies, hosted the President of the World Uyghur Congress on Holocaust Remembrance Day. They had invited representatives of all the youth organisations who were so impressed by him that there will now be a Youth Rally next month outside the Chinese embassy. Two days later, the Board held a public meeting in Parliament, with a  Jewish and Muslim panel and audience. The  overwhelming consensus was that the first thing to do was campaign for HUAWEI’s removal from the 5G network.

If you want to learn the lessons of the past…. do not trade with HUAWEI who provide the digital infrastructure to inter 3m Uyghurs in concentration camps. Pass a  Uyghur Act to sanction responsible individuals, companies and institutions”

Well, the Prime Minister and HUAWEI have been warned. The Jews are on the march. And as the existence of the State of Israel shows, Jews don’t give up!

His twitter address is Boris Johnson@BorisJohnson by the way. If you want to repeat my response to his 27th January tweet….please feel free!