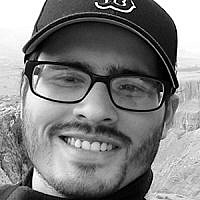 The Blogs
Aaron Sull
Apply for a Blog
Advertisement
Please note that the posts on The Blogs are contributed by third parties. The opinions, facts and any media content in them are presented solely by the authors, and neither The Times of Israel nor its partners assume any responsibility for them. Please contact us in case of abuse. In case of abuse,
Report this post.

We are now two weeks past a momentous milestone for the State of Israel as she celebrated her 70th birthday. Sparking emotion around the Jewish world, the day signifies perseverance and hope to a people that have nomadically wandered the world for 2,000 years

When my family and I made ‘Aliyah’ to the holy land that sentiment was overwhelmingly felt as we were serenaded by the songs of ‘Am Yisrael Chai’ and ‘Hatikvah’. To finally return to our ancestral home, where Jews are Jews, regardless of the presence of a yarmulke, was and continues to be a dream come true.

Judaism isn’t just a trend here, it is a norm. It isn’t strange to wish the bus driver a’ Shabbat Shalom’, pick up a Challah at the local bakery, or to mesmerized by the flickering lights of the Hanukkah candles emanating from every window.

Unfortunately, racism and hate are alive and well here; as mind-boggling as it may seem from a people who have historically suffered the worst from discrimination. Immigrants from poorer countries such as the Ethiopians, Russians, and Mizrachi communities still face heavy discrimination in terms of employment, education, and social standing. I am not naïve enough to believe that the Jewish people should be the exception to prejudicial sentiment. It’s just that I’ve witnessed discrimination before between Jew and Gentile, but never between Jew and Jew; at least not to the large degree as I see here.

Arguably the Haredi (ultra-orthodox) community gets it the worst as they are vilified in the media, and in the minds of many as ‘unfaithful’ to the country. Labeled as so, by opting out of army obligation ’s and living off the taxpayer’s dollars by not getting jobs.

Assumptions are the paint used to smear all, and once given permission is given, it does not matter how great or small the actual truth may be. The process is no different than labeling all Muslims as terrorists or that Jews are always money hungry.

As someone who has transversed all levels of Jewish observance, I can personally attest to the unparalleled beauty found in the Haredi world. Listening to the reverberating sounds of Torah in the halls of the Yeshivah to the absence of cars driving on the streets during Shabbat; it is abundantly clear that there is an unrelenting pursuit of life’s meaning and self-discovery in the air.

This level of realization cannot be observed periodically as it demands a constant awareness and dedication within every facet of life; from undivided concentration during prayers, to simply remember to kiss the Mezuzah when walking through a door.

Is this something to be despised?  Do we not all regret points in our lives that could’ve been better spent on genuinely important things?

Sadly, to the narrow-minded none of that really matters. Even if every Haredi served in the army and joined the workforce, they would still never be considered equals. If not the army then it’s the way they dress, if not the workforce than its the inability to embrace modern society (which are already used as pretexts).

Prejudicial justifications are merely tools to placate our own vulnerabilities. We can deny it and continue to place the onus of blame on the victim or we can admit our flaws and learn to accept differences.

Yom Ha’atzmaut is a very significant day for the Jewish people, but until we drop the pretenses it will be left wanting.

About the Author
Aaron Sull is an editor and columnist at www.onestopjewishbuffalo.com.
Comments