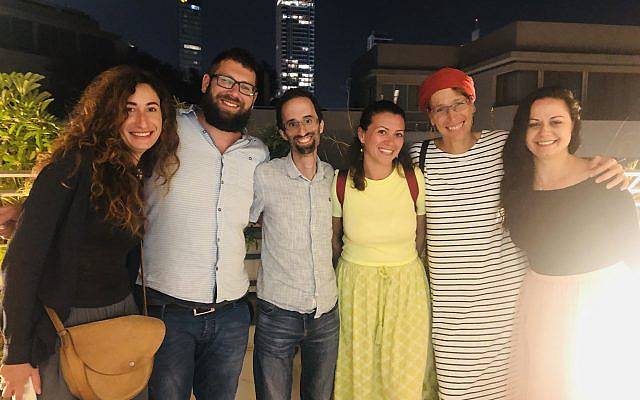 Over 60 percent of the aliyah to Israel in recent years — even during Corona — is Russian-speaking. Like Yosef and Yehuda, after complex journeys and decades of separation that make it hard to even recognize one another, they too are our brothers and sisters from a different mother.

Parshat Vayigash moves me to tears every time. Because of the charged and noble words between Yehuda and Yosef, whose lineages – the House of David and the House of Yosef – will lead the Jewish People through the end of days, and because of the personal processes that lead up to this exchange.

Yehuda is the one who suggests selling his brother into slavery, and the guilt he feels, after seeing the impact of his actions on his father, causes him “to go down from his brothers” and seek comfort in a whore.

Yosef bears the scar of this betrayal for 20 years in Egypt, and needs to know if his brothers have changed before they can be reunited.

Essentially 4 words in Yehuda’s speech prove how much he has evolved and cause Yosef to break down: “Avdecha Arev et haNaar” – “Your servant is responsible for the boy (Benjamin).” Yosef is moved to reveal his true identity, and through many tears, calms his brothers by confirming Yehudah’s words – we have different roles but a common destiny, and it is God’s hand that brought them to this moment.

God also promises Jacob, who is hesitant to leave the Land of Israel: “I will go down with you to Egypt, and I will surely go back up with you” (Breishit 41)

In our generation, God has fulfilled this promise in a big way. I have worked intensely with young Russian-speaking Olim for the past ten years – thousands of warm, funny, talented, and giving human beings who I believe are not well-understood by the majority of Israelis. They may sit at the next computer in my office or may work in my school or hospital ward, conscientious and reserved. If they are not married they are probably pretty alone in Israel.  They also chose Israel over Germany or North America, unlike part or all of their families.

Through the nonprofit that we have built together, I get to see them find close friends and even deliver lectures and workshops on Jewish history, culture, Tanach, Yiddish, or their hobbies in science and the arts. Many were active in their Jewish communities in FSU, and after their Aliyah were traumatized to discover that they were not halachically Jewish, and took upon themselves the complex and demanding journey of conversion. The Israelis who accompany them – not just through conversion but in day to day friendships – appreciate the huge gift that we were given in the form of Russian-speaking Jewry.

I married one of these gifts, and he calls our union “Soyouz-Apollo.”

Since the times of Yehuda and Yosef, the family of the Jewish People has been flung cruelly apart, across continents and cultures.  But God is keeping his promise to bring us home, and waits for us to remember that we were all once sisters and brothers.

About the Author
Linda Pardes Friedburg made Aliyah from New Jersey in 1990. She is Founding Director of Shishi Shabbat Yisraeli National Jewish Leadership Initiative for Young Russian-Speaking Israelis, is grateful for her six kids and one Belorussian husband, and still feels the need to pinch herself every time she drives up the hill to Neve Daniel, Gush Etzion, their home since 1994. For her previous Light in the Parsha pieces: https://www.facebook.com/linda.pardesfriedburg
Related Topics
Related Posts
Comments