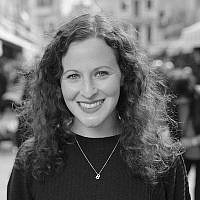 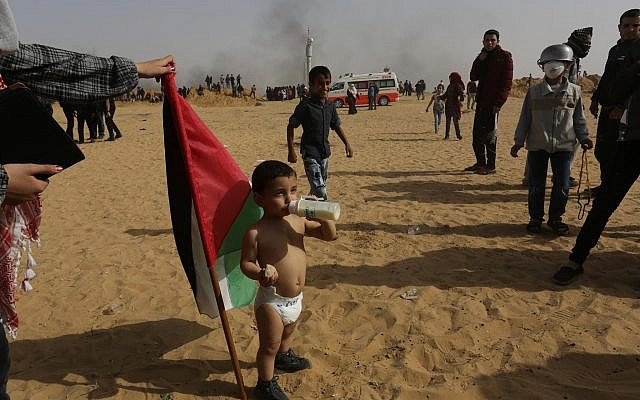 On December 10, 2018, the 70th Anniversary of the Universal Declaration of Human Rights, the French government will award the Israeli organization B’Tselem with the “Human Rights Award of the French Republic.” Whereas the Declaration celebrates “dignity” and “equal and inalienable rights of all members of the human family,” B’Tselem hijacks the language of these noble ideals in order to promote a narrow political, ideological agenda. The French government’s selection of its prize recipient is similarly at odds with these principles.

B’Tselem’s “reporting” on the violence along the Israel-Gaza border acutely demonstrates this moral failure, as it belittles Palestinian attempts to breach and destroy the border; the launching of incendiary devices; and the use of IEDs, stones, guns, and rockets to attack Israelis. It further trivializes human rights violations committed by Palestinian actors against their own populations.

Take, for example, B’Tselem’s November 27 “investigation” into four cases of “Palestinian minors killed by Israeli troops at Gaza protests.” The group claims that Israel’s “open-fire policy in the area of the Gaza fence” is responsible for the deaths of children in Gaza. However, through a close reading of the report and with a basic understanding of international law, it is apparent that B’Tselem is ignoring the recruitment and use of child soldiers by Palestinian armed groups and instead condemning Israel’s international right to defend its border.

Specifically, in three of the four instances described in B’Tselem’s report, it appears that children were directly participating in the hostilities and violence along the Israel-Gaza border, an act that would fall under the UN’s definition of child soldiers. For example, B’Tselem’s testimonies describe how Fares a-Sarsawi, a 13-year-old, “rolled the tires over the fence and set them on fire. Then we pushed one tire through the fence and threw stones.” One testimony adds that “at one point, Fares climbed the main fence and threw a fire on the other side” and how he “threw stones.” A testimony referring to the death of Ahmad Abu Habel (15) explains how he and his friends would “throw stones at the soldiers and take part in the ‘night-time confusion’ demonstrations.” Suhayb Aby Kashef (16) is described as crossing the “concertina wire laid by the military close to the fence, while hurling stones with a slingshot at Israeli security forces stationed on the other side.”

Even more disturbing is the description of Naseb Musbeh (11), who B’Tselem describes as a “Red Crescent volunteer.” A simple search reveals that no other Palestinian or Israeli source describes the boy as a Red Crescent volunteer, and neither does the Red Crescent itself. Further, according to B’Tselem’s own interviews “Naser was wearing black” (ie. not the official Red Crescent white and red uniform) and that he “He didn’t get a [first aid course] certificate because he was too young.”

In addition to B’Tselem’s use of false descriptions regarding the minor, it is highly disturbing to note that here too B’Tselem ignores the fact that this young boy was being used as a child soldier. Indeed, the UN definition clearly explains that “In many conflicts children take direct part in combat. However, their role is not limited to fighting. Many girls and boys are also used in support functions that also entail great risk and hardship. …No matter their role, child soldiers are exposed to acute levels of violence …” (emphasis added).

Similar deficiencies also appear in  B’Tselem’s November 22 report “Seven months of protests by Gaza fence: Over 5,800 Palestinians wounded by live Israeli gunfire.” In its self-admitted methodologically compromised report (what the organization calls “not a representative sample”) B’Tselem includes responses from 63 minors (under 18) who claim to have suffered from “live gunshot wounds.” According to the organization, “Two-thirds of the minors surveyed (41) reported being injured while they were watching the protest, waving a flag, photographing or filming the protest, moving away from the protest, or treating the wounded.” B’Tselem does not question why these children were present in an obviously violent situation where there was known potential for injury.

As in the November 27 report, this “analysis” also includes examples of recruitment and use of children. For example, ‘Abdallah Salmon (16) states that “we went forward and crossed through the checkpoint gate. We made our way towards the Israeli soldiers…Yusuf and I threw stones. Yusef went towards the soldiers and I stayed behind him, about 15 meters away. We continued to throw stones.”

As a human rights organization, it is highly disturbing that B’Tselem does not condemn the Palestinian use of children in armed hostilities, nor demand that Hamas and the Palestinian Authority prohibit the presence of children at the border. The UN and organizations dedicated to combatting the use of child soldiers recognize that the way to prevent children from dying in combat is by ensuring that they are not present and active on the front lines. B’Tselem’s failure to hold Palestinian officials accountable is at odds with this international effort, and allows Palestinian terror groups like Hamas, Palestinian Islamic Jihad, and the Popular Front for the Liberation of Palestine to literally get away with murder.

Awarding an organization like B’Tselem – that would rather ignore abuses against children in order to maintain their consistent political agenda – a human rights prize contradicts the values espoused in the Universal Declaration. The fact that the group received its award from France (currently involved in mass suppression of political demonstrations) only further demonstrates how far we have drifted in the past seventy years.