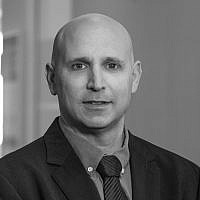 The Blogs
Gaby Miodownik
Apply for a Blog
Advertisement
Please note that the posts on The Blogs are contributed by third parties. The opinions, facts and any media content in them are presented solely by the authors, and neither The Times of Israel nor its partners assume any responsibility for them. Please contact us in case of abuse. In case of abuse,
Report this post. 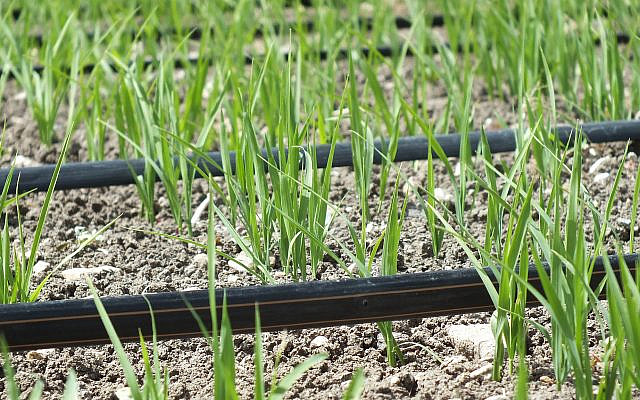 As the Ukraine-Russia war poses a new threat to global food security, the Middle East specifically stands at a unique geopolitical and scientific crossroads – one that requires us to harness the power of four powerful forces – human will, great leadership, creativity and innovation. The region faces a perfect storm of need and ability – and it’s time to apply our collective wills and technology to transitioning agriculture in the region towards sustainability and self-sufficiency. Here’s why…

The Middle East incurs one of the highest population growth rates globally. With such a large population, growing so rapidly in a relatively arid climate, agricultural and societal challenges are inevitable. The UN claims that water shortage will cost the region up to 14 percent of its GDP by 2050 – the highest estimated loss to GDP due to water scarcity in the world.

These challenges are coupled with the growing threat of desertification, a global problem that’s also more prevalent in this region whereby fertile, farmable land in arid or semi-arid climates becomes unproductive.

From an agricultural perspective, this translates into alarming numbers that prove one simple fact beyond doubt: the Middle East doesn’t produce enough food. In fact, even though agriculture employs over 35% of the region’s population and contributes 13% to our collective GDP, Middle Eastern countries still need to collectively import about 50% of the food consumed – in some places, more than 90%.

Most crucially, the way the majority of our food is grown today is part of the problem. The most widely-used agricultural practices in the Middle East remain not only unsustainable, but frequently counter-productive. Globally, and in the Middle East, 75% of water used in agriculture is irrigated wastefully using traditional flooding methods. This translates into less water for our countries’ domestic and industrial usage, while the water we use for agriculture is partially wasted.

The Time for Change

Thankfully, the Abraham Accords have provided the Middle East with a unique opportunity at this crucial time in our region’s history. The vision of sustainable agriculture across the Middle East is today closer to realization than ever before.

Precision agriculture is changing the way food is grown. From enormous North American industrial farms to family farms in Africa, the adoption of precision agriculture practices and technology are impacting the world’s greatest environmental and food challenges.

One of the cornerstones of the precision agriculture vision is precision irrigation. This is the technology that Netafim invented, which enables farmers to grow on any topography, field shape, or size. It turns land that’s unfit for growing due to water scarcity into arable and productive farmland. And most importantly, it gives plants optimal growing conditions, which drives higher yields and increased quality.

Precision irrigation is the key to maximizing yields while minimizing resources – meeting the challenges of water and arable land scarcity and moving the countries of the Middle East towards food independence.

Netafim is part of the Orbia community of companies that is bound by a shared purpose: to advance life around the world. At Orbia, we believe that by taking a collaborative, human-centered approach we can create a better future, focusing on food growth, water management, infrastructure development, data access and health advancement. We’re proud to play a role in realizing the vision of food security in the Middle East and worldwide. Aside from our widespread deployments at home in Israel, our precision irrigation systems are already boosting landscapes and developments in Dubai and growing vegetables and berries in greenhouses in Abu Dhabi and Al Ain. We are helping our neighbors in Jordan and Egypt to save water and increase yields and we pray and hope for regional peace and normalization in order to join forces with other companies and organizations in the Middle East.

Together with private and public sector leadership, the countries in the Middle East continue to come together to address pressing agricultural challenges with budget, science and entrepreneurship. Leveraging the power of human will and innovation, we’re forging a community of sustainability. From enormous North American industrial farms to family farms in Africa, precision agriculture is changing the way food is grown. Collaboration is key to achieving this in our region, and we must ensure theory becomes reality so the threat of food security looms no longer. The Middle East’s long-term prosperity is largely dependent on it.

About the Author
Gaby (Gabriel) Miodownik, Netafim President and CEO, has been with the company for 17 years and is committed to fighting the scarcity of food, water and land and helping the world grow more with less. He became Netafim CEO following more than a decade of experience in the technological innovations required by farmers to grow crops effectively and sustainably across diverse climates.
Related Topics
Related Posts
Comments