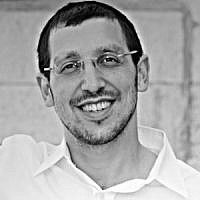 The Blogs
Etan Efrati
Apply for a Blog
Please note that the posts on The Blogs are contributed by third parties. The opinions, facts and any media content in them are presented solely by the authors, and neither The Times of Israel nor its partners assume any responsibility for them. Please contact us in case of abuse. In case of abuse,
Report this post. 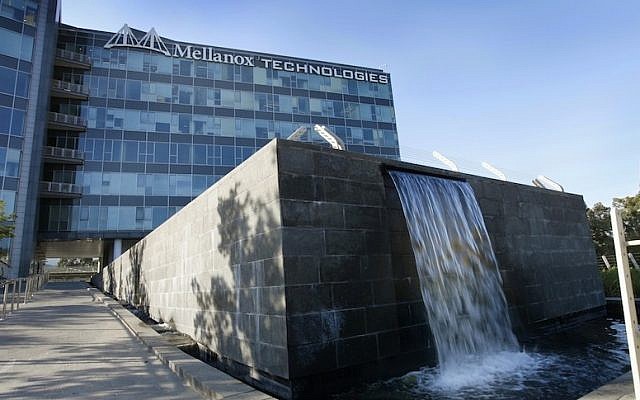 Locals in the Israeli startup ecosystem feel a weight of responsibility to build companies of scale — and contrary to what many critics are saying — Israeli entrepreneurs are doing it.

Ask anyone who follows the Israeli economy and they’ll tell you about the infamous critique: Israel is a fabulous R&D lab for technology that powers the world’s gadgets, but can’t produce companies of scale. That’s not a bad place for Israel to be for large tech multinationals hungry for acquisitions, but in the burgeoning Israeli economy, such a condition has far-reaching implications. A 2009 economic study showed that out of the Israeli hi-tech companies employing over 450 people, only about 1% of those companies accounted for about 25% of all hi-tech workers in Israel… while 90% of hi-tech companies − small incubators and start-ups − employed only 45% of Israel’s hi-tech workforce. (Haaretz)

This hot debate has taken different forms over the years, and probably first started to gain thrust in 1998 when a 2-year-old Israeli startup, Mirabilis sold to AOL for a whopping $407 million. The four Mirabilis founders developed the ICQ instant messaging program, a pioneer of online chat, then sold the company, and got rich. The sale caught the eye of every exit-hopeful tech entrepreneur. The dotcom boom followed, along with buying sprees of big-pocketed tech multinationals. These factors helped foster what some vehemently criticize as an incessant cycle of company starting-and-selling, with a lesser emphasis placed on company-building. The gripe is that company founders and investors get rich while the country’s needs for sustainable economic prosperity are left as a question mark.

This past December, at OurCrowd’s Global Investor Summit, I heard OurCrowd Head of Investments Elan Zivotofsky — who has reviewed thousands of Israeli startups in the last couple years — pose the question to a panel of Israeli VC & finance heavyweights. These leading voices including Dov Moran ,  legendary Israeli serial entrepreneur, angel investor and inventor of the USB DiskOnKey (sold to SanDisk for $1.6 billion in 2006) who shrugged off the criticism, and shared a far more hopeful perspective on Israel’s large-company-building abilities. 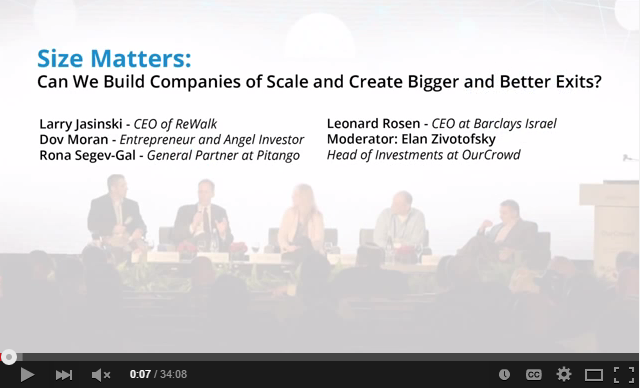 VIDEO: “Size Matters: Can we build companies of scale and create bigger and better exits?”

Rona Segev-Gal, an investor and board member of Varonis Systems, Inc. (software platform that allows enterprises to map, analyze, manage and migrate their unstructured data, NASDAQ: VRNS), helped paint a picture that pointed to a shifting attitude among Israeli entrepreneurs that looks past quicker exits in the interest of building bigger, more sustainable companies. She described how “good companies get M&A offers all the time, and it’s very tempting for the founders and VCs to sell the company, take the money and run… And it’s a very conscious decision to continue to take the risk.”

Len Rosen, who was involved with Israeli mega-exits Given Imaging (maker of a pill-sized camera that can be swallowed to allow monitoring of a patient’s GI tract, NASDAQ:GIVN), Mobileye (Car accident avoidance technology, and the largest IPO in Israeli history, NYSE: MBLY), Varonis and others said “[the best possible outcome is building the big company… this is what’s better for the longer standing economic security of the country and the longer-standing growth of the tech economy. Building the bigger companies is more important, and that is happening.]”

Israel’s proliferating traction extends far beyond those who call the Israeli venture scene home — and investor money is there to prove it. As Deloitte reported in its 2014 Global Venture Capital Confidence Survey, Israel is ranked #2 in the world in investor confidence in venture capital, private equity and growth capital. Foreign investors have been very pleased, as Israeli exits also reached an all-time high of $15 billion in 2014 (PwC). In fact, only three countries produce more IPOs, the US (world’s largest nominal GDP), China (world’s largest population), and Canada (which punches above its weight but still has both a larger economy and a larger population). These stats speak for a physically tiny country, with merely 8 million residents, and entrenched in a complicated geo-political situation. 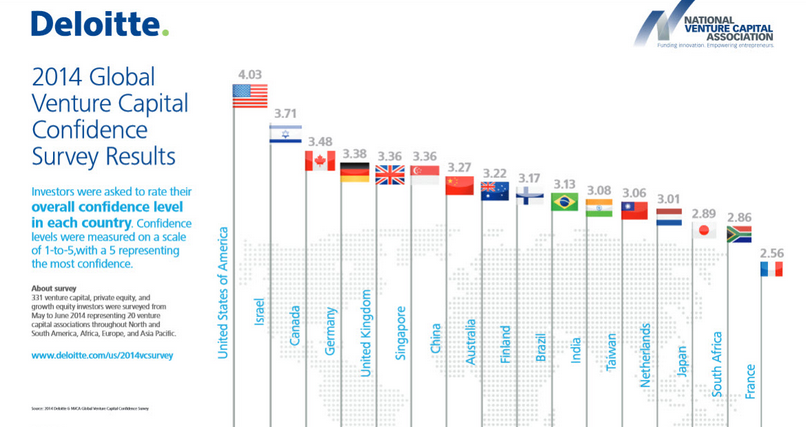 If you accept that floating stock on public markets is a milestone that represents significant company size, than it’s hard to argue Israel isn’t creating big companies. While going public can provide a major payday for entrepreneurs, venture capitalists and other business partners after years of effort building a successful venture, IPOs also sustain a number of other functions. When a company goes public it’s generally easier for them to secure funding and loans from private sources, stock awards can be used to attract and retain key employees, and there is the prestige and high profile that comes from being a publicly traded company. As an example, Larry Jasinski, who took Rewalk Robotics public this past September, added to the panel: “we can [take the] passion of a mission of building a company and building an industry as an Israeli company but on a global scale…the IPO was a beginning.”

Perhaps the desire to scale is a capitalism supplemented with a touch of national pride. It doesn’t hurt that Israelis are innovators — the innovation ecosystem in Israel ranks #1 in the world in R&D spending and #1 in scientific research (IMD 2013). No matter what the reason, the center of debate is undoubtedly drifting away from “can Israel birth large companies?” and towards “how many big companies, how often, and how big?”

About the Author
Etan works as a digital marketer at OurCrowd, a global equity crowdfunding site focused on the Israeli early stage/startup scene, for accredited investors only. Etan is a startup enthusiast whose professional background includes managing luxury construction projects in NYC and founding a clothing company.
Related Topics
Related Posts
Comments