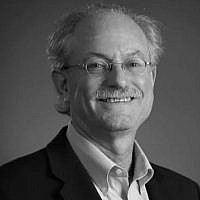 The Blogs
Kenneth Bob
Apply for a Blog
Please note that the posts on The Blogs are contributed by third parties. The opinions, facts and any media content in them are presented solely by the authors, and neither The Times of Israel nor its partners assume any responsibility for them. Please contact us in case of abuse. In case of abuse,
Report this post.

Much has been written in recent months about how, despite a new American administration, due to political realities on the ground, this is not the time to invest in diplomatic efforts towards a final status agreement on a two-state solution between the Israelis and the Palestinians. As someone who has written, debated, demonstrated, fundraised, campaigned, rallied and voted since the 1970s in support of a Israeli-Palestinian peace agreement, it is hard to accept that as the situation. But alas, I agree with that analysis.

With that in mind, I maintain that it is absolutely the time to rebuild trust and deepen people-to-people engagement. Why is that so obvious?

History has taught us that people-to-people projects in areas of conflict have proven to help build trust and support for political peace initiatives. For example, before the Northern Ireland Good Friday Agreement ended what were called “the troubles,” there were 5,000 separate people-to- people initiatives between Catholics and Protestants underway. This is very applicable to the Israeli-Palestinian situation as people are living in close proximity as in Northern Ireland, but both sides have little contact with each other and as a result hold lots of misconceptions about the other. The resulting contact and relationships provide people with more hope and belief in political solutions, thus building a constituency for peace among all of the parties to the conflict.

The current level of such efforts between Israelis and Palestinians pales in comparison to the reality in North Ireland immediately before the Agreement, with only hundreds of mostly small, underfunded organizations.

The good news is that help is on the way. In addition to ongoing funding from the European Union and philanthropies for such programs, the Biden Administration has renewed USAID funding that was discontinued by the previous administration. In addition, at the end of 2020 the Nita Lowy Mideast Peace Partnership Act passed Congress and will add additional investment in cross-border programs. All of this will hopefully expand existing and new initiatives in areas that include sports, environment, education, culture, dialogue, activism, technology and healthcare.

The COVID-19 pandemic has vividly demonstrated that the two peoples cannot seal themselves off from each other; that a spike in the virus on one side of the separation wall endangers the health of people on the other side. And since healthcare is the segment of civil society where the largest number of Israelis and Palestinians meet every day, it is ripe to be a significant platform for deeper people-to-people efforts.

Healthcare has an additional advantage when functioning in an atmosphere of lack of trust coupled with a healthy dose of disillusionment. Most Israelis have higher priorities than engaging with Palestinians who are largely out of sight and mind behind the security barrier.   Some on the Palestinian side are promoting anti-normalization, calling on their brethren to opt out of any cooperation or engagement with the Israelis as they believe it helps to perpetuate the occupation.

However, due to the essential nature of healthcare and the understanding that medical care is a human right, “refuseniks” on both sides largely accept Israeli-Palestinian cooperation in the field. Properly leveraged, it creates the possibility of people-to-people engagement with large numbers of people coupled with improved health outcomes for Palestinians.

As an example, there are multiple Israeli and Palestinian organizations focused on one not so simple task. That is providing free transportation services for sick Palestinians, mainly children, so they can reach their appointments at Israel hospitals, arranged through referrals from the Palestinian Authority Ministry of Health. These tens of thousands of trips every year require many hundreds of volunteer drivers and trip coordinators who, together with patients and chaperones, have personal contact and develop relationships with “the other.” And all of the participants on both sides of the security barrier bring their stories back to the families and communities, causing a people-to-people ripple through effect.

A recent needs analysis study commissioned by the international NGO Project Rozana demonstrated that this approach can be employed to supply badly needed health services to women on the West Bank while deepening the cooperation between Israel and Palestinian healthcare professionals and medical institutions. The study’s researchers came to the conclusion that establishing a network of female community health mobilizers in remote West Bank villages utilizing tele-health methodologies could create a robust, sustainable system that would significantly improve the health outcomes for thousands of women and their families. Enabling and supporting this initiative will require a cross-border administration led by medical professionals who fit the profile of what political scientists call “influencers and elites.” Engaging this element of society is a critical factor to impact their communities regarding the viability of Israelis and Palestinians living together in peace.

Peacemaking is too important to leave to the politicians; working in the people-to-people sphere can prepare the groundwork for reconciliation and justice for all in the region. 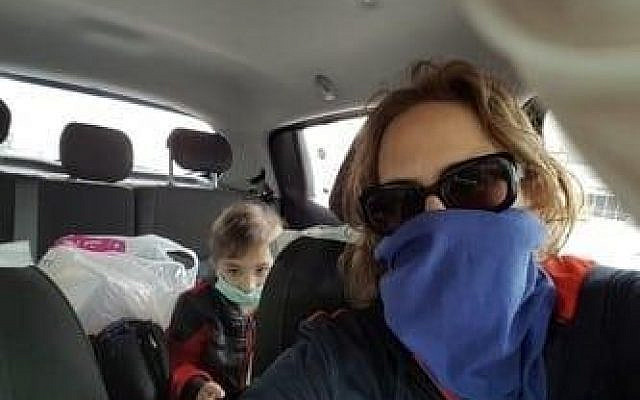 Israeli volunteer driver transports Palestinian child to hospital appointment in Israel.
About the Author
Kenneth Bob serves as the president of Ameinu, a progressive Zionist organization, as well as chair of Project Rozana USA which focuses on building bridges of understanding between Israelis and Palestinians through healthcare.
Comments