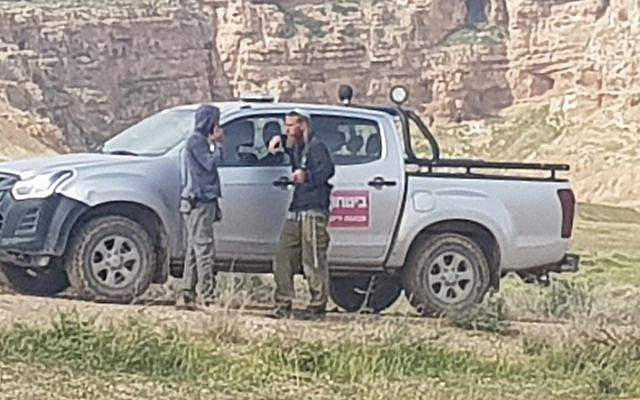 What most of us remember from this week’s Torah portion, Ki Tissa, is the golden calf.  I have often commented on the symbolic meaning of the second set of tablets Moses receives to replace the first, after using the attributes of God that God reveals to Moses, to convince God to give us a second chance.  However, Ki Tissa actually contains much more. Shabbat appears before the golden calf.  Because Shabbat is mentioned almost every time that the building of the Tabernacle is mentioned, the midrash derives the categories of labor forbidden on Shabbat from the activities involved in the construction.  After God grants the second chance, the outline of the renewed Covenant includes additional holidays and the prohibition of boiling a kid in its mother’s milk. Our sages taught that this was a general prohibition against mixing milk and meat.

The fact is, Ki Tissa actually opens with a continuation of the instructions we have been reading for the past two weeks regarding the building of the Tabernacle. While the midrash argues that what seems to be the chronological order of events in the Torah is not necessarily so, and that the instructions regarding the building of the Tabernacle were actually only given after the golden calf, the plain meaning is otherwise.

Just as the midrash learns about Shabbat from its many mentions in proximity to the commandments regarding the Tabernacle, perhaps we need to ask what lessons can be learned from the idolatrous sin of the golden calf taking place even as we are in the process of building the holy Tabernacle. We can learn about the basic need of the Israelites to give and to worship. They contribute their gold to the Tabernacle, and to the golden calf. We can read this story as a crisis of leadership. Moses is off in the clouds for forty days and forty nights.  He is not with the people who depend on him. Aaron not only fails to prevent the sin, he enables it by giving in, taking their gold and making the golden calf. Some excuse him by saying he was trying to buy time, while the midrash tells us that he was scared because the Israelites murdered Miriam’s son, Hur, because Hur tried to prevent the idolatry.

There are many tabernacles. Our sages said that each of us is a “mikdash m’at,” a miniature sanctuary. Just as we could not violate the Sabbath in the process of building the Tabernacle, we must each build the tabernacle of our lives with justice, decency, integrity and holiness.

Humanity must make our world a holy tabernacle. Here, we are building the tabernacle we call Medinat Yisrael – The State of Israel.

We need leaders who can lead justly and courageously.

I had thought to finish this week’s dvar Torah here.  However, just a few minutes ago I witnessed the antithesis of holiness.  In fact, I witnessed idolatry.  The settlers of Mevo’ot Yericho have been celebrating since September, when PM Netanyahu declared that he was legalizing them.  Up until then they were a “neighborhood” of the Yitav settlement several kilometers away.  Last year, the settlers, who speak about peace and neighborly relations, expelled flocks even from areas that the army said they were allowed to graze.  The army looked on, and said they didn’t see anything wrong.  The police told me that jogging through flocks while shouting or beeping with vehicles are clanging pots and pans was just “freedom of movement” and “freedom of expression.”  The army paid security guard, Oren, often expels by driving up in his pickup, while beeping. Our volunteers recently saw him hit one shepherdess in the head with two stones.

“On the eve of Purim this week, we experienced a real nahfokh hu,” in the language of the Book of Esther, a turning of tables.  It may not have been quite as dramatic as Mordechai and Esther turning the tables on Haman.  However, Oren had the tables turned on him.  He himself contacted the police. However, the police consulted with the army liaison unit, who ruled that the Bedouin shepherds could graze anywhere up to the settlement fence.  They warned Oren not to expel the flocks, as he is accustomed to doing.  Nahafokh hu.  However, I cautioned my fellow activists that the tables of fortune could turn again at any time.

Today, we wanted to see whether Oren would heed the police warning if we weren’t present.  He quickly showed up and stared beeping, but stopped when he saw us.

We actually had a long theological discussion, even agreeing on some points.  On others, definitely not. He left before the police arrived. However, the more amiable side of Oren I briefly experienced quickly disappeared, as he rushed to the second side of Mevo’ot Yericho, where he pushed flocks back. With our help, they returned.  Then, Gabriel and additional settlers showed up.  It is Gabriel that likes to “jog” through the flocks, while shouting.  He expelled from one side, and then the other, sending the terrified sheep running willy nilly.

The police were singing a different tune when they returned. They didn’t consult with the responsible army unit again.  Rather, they said they had looked at the maps, and that they weren’t going to help us.  We could lodge a complaint, but the shepherds shouldn’t come back to the settlement/outpost. One shepherd and shepherdess and their children tried, but ran as soon as they saw Gabriel returning.

I can summarize our discussions with the settlers as “We don’t necessarily intend to expel Palestinians from the entire Biblical Land of Israel, but it’s all ours. We try to be good neighbors, but their culture only respects force.”  Putting the Land in front of a human being, as holy as the Land may be, is idolatry. The Palestinian shepherds are created in God’s Image, not the Land.  The holy tabernacle we call Medinat Yisrael must not be built with idolatry and injustice.

May the minor and temporary nahfokh hu we experienced on the eve of Purim strengthen our faith that we can partner with God in bringing about a greater nahafokh hu, a non-idolatrous Israeli tabernacle of holiness and justice.