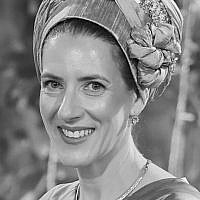 The Blogs
Sara Stein
Apply for a Blog
Advertisement
Please note that the posts on The Blogs are contributed by third parties. The opinions, facts and any media content in them are presented solely by the authors, and neither The Times of Israel nor its partners assume any responsibility for them. Please contact us in case of abuse. In case of abuse,
Report this post. 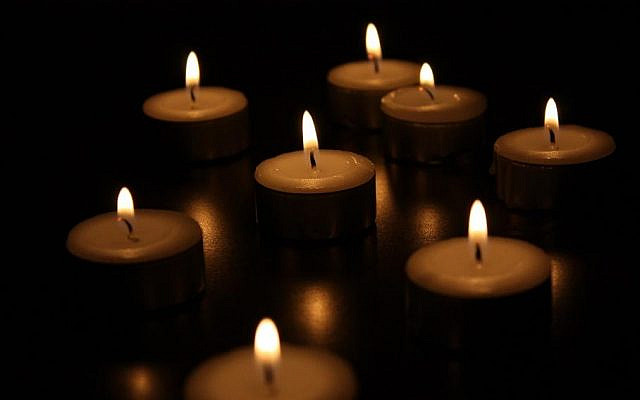 By nature, I’m a quiet person who strives to get through each day while juggling work and family commitments, but lately I’m feeling pretty angry. Not just angry, but enraged about six million lives cut short, snuffed out, and extinguished in the middle of this amazing journey we call life.

This week marks the Jewish date of 10th Tevet, a fast day that was also designated by the Israeli Rabbinate in 1948 as a national memorial day for the six million Jews killed in the Holocaust. The chief rabbis of the time, Rabbi Herzog and Rabbi Uziel, saw the Holocaust as the culmination of the destruction of the Holy Temple, and also prescribed the custom of lighting memorial candles and saying kaddish. Year after year we mourn the victims of the Holocaust, accompanied by all the feelings of sadness, horror, pity and pathos we can muster. Almost every Holocaust memorial ceremony concludes with the affirmation – “never again” – reflected in the United Nations’ Genocide Convention adopted by governments around the world to prevent and punish genocide and crimes against humanity.

As important as these ceremonies and memorials are, there’s a missing element. We talk about the victims and the human sacrifices. But where is the expression of rage and anger for the lives that were cut short? Anger is a natural, healthy reaction to such atrocities. If I were a mother living at the time of the Holocaust, I would be spitting blood if my children were taken to the gas chambers. I would boil with rage and fury until my hair stood on end. What about the scream of pregnant women, who never gave birth? Or the young people who had plans to get married and start their own family, only to have their lives snatched from them before they even made it to the chuppah? Is anyone listening to the cry of six million who never finished their purpose in life?

My mother lamented the fact that she never knew her grandparents, Ilona and Eliezer Rosenberg, because they were killed in Auschwitz before she was born. She knew them only by their parting words, scribbled on a postcard thrown from a train. They wrote to my grandmother, Erzsike: “Where we are to go… only the dear God knows. Erzsike, don’t cry, we will pray for you. The dear God will be kind to you and your child and forgive us if we have done anything wrong and think of your parents with good heart. Many kisses, Anyuka, Apuka (Mummy, Daddy)”

Like millions of their brothers and sisters, Ilona and Eliezer have no grave to visit, and until recently, no tombstone to commemorate their lives on this earth. When my mother died in 2019, her grandparents’ names were added to her tombstone in Jerusalem. The six million who died did not just come to this world to be martyrs – they were fathers, mothers, children, aunts, uncles, accountants, lawyers, engineers, technicians, business owners, retail managers, architects, insurance agents, traders, scientists, pharmacists, secretaries, artists, musicians, cantors, writers, journalists, teachers, rabbis, doctors, dentists, nurses, factory owners, sales representatives, mechanics, locksmiths, metal workers, electricians, clerks, tailors, hat makers, photographers, scholars, professors, students, and all kinds of professions. Each one of them had a unique identity, with a family and a career, that was taken from them by force. While the soul may live forever, identity is rooted in a specific time, in a particular generation. Those identities that were obliterated in the Holocaust are never to return.

According to Dr Edith Eva Eger, a psychologist, Holocaust survivor, and author of The Choice and The Gift, grieving is usually accompanied by anger. It’s important to feel that anger in order to grieve and eventually heal. Anger is not a dirty word; it’s what we do with it that counts, as long as we don’t get stuck in it. Her recommendation: drive somewhere in your car, and with the windows closed, cry and scream to let the anger out. What you let out can’t hurt you, but keeping it in, can.

The Jewish month of Tevet, or January, is the darkest month in the year in the northern hemisphere. In Leonard Cohen’s song, “You want it darker,” he sings of “a million candles burning for the help that never came” and there is a sense of subdued anger, even at God, for allowing the Holocaust to happen.

Maybe I identify with residues of souls that have come back because of unfinished business in their past life. In her original book, I’ve Been Here Before: When Souls of the Holocaust Return, Sara Yocheved Rigler brings the stories of Holocaust-obsessed individuals born after 1945, all of whom grew up with recurring dreams, flashbacks, panic attacks, inner fury, and even phobias of trains, showers or uniformed men. The message of this book is that people’s lives don’t necessarily end when the body dies. The abrupt end to six million lives doesn’t necessarily end their stories either. If thousands of non-survivors returned to this world after the Holocaust, then their story continues in a different form, while they are also processing the fury at what happened to them. According to Rigler, some have successfully managed to channel these disturbing images into art and sculpture, some have found catharsis in writing, and some have found comfort in the fact that they aren’t alone.

So no, I’m not for adding anger as a perpetual element to Holocaust memorial ceremonies. But let’s express it, in a controlled environment.

To say “never again” is not enough, since it keeps us stuck in a place where anger is always simmering beneath the surface. To leave a place, we first need to go there. So to leave our anger behind, we first need to go and experience it. Dr Eger visited Auschwitz to look the lion in the eye and reclaim her innocence. Only then, could she say goodbye and move beyond her anger. Once we leave our anger behind, we can reframe the tragic Shoah and move onto more constructive emotions.

Experiencing anger as a response to the murder of 6 million enables us to stand firm, assertively and in control of our emotions, when faced with people who start forgetting the Holocaust and its implications. This is even more true today, when global anti-semitism is reaching frightening levels.

And finally, it enables us to have a more constructive dialogue with descendants of Nazi perpetrators and collaborators, who are themselves seeking ways to reconcile their own lives with their families’ past.

About the Author
Originally from Australia, Sara Stein is a technical writer for the Israeli hi-tech sector. She has written numerous articles and has published a book on writing called Write to Succeed: Expressive and Practical Writing for High School and Beyond.