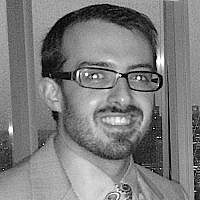 The Blogs
Alec Goldstein
Apply for a Blog
Please note that the posts on The Blogs are contributed by third parties. The opinions, facts and any media content in them are presented solely by the authors, and neither The Times of Israel nor its partners assume any responsibility for them. Please contact us in case of abuse. In case of abuse,
Report this post. 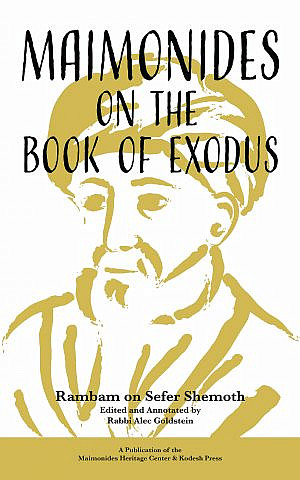 Maimonides on the Book of Exodus (Rambam on Sefer Shemot)

This week’s reading contains one of the most cryptic phrases in the entire Torah. When Moses arrives at the burning bush, God gives him a mission to go to Pharaoh to free the Jews from Egyptian oppression. Initially, Moses is not a willing participant. He asks a curious question—he asks what Name of God he should use when addressing the Jews. God said to Moses, ‘I am who I am. This is what you are to say to the Israelites: I am has sent me to you’” (Exod. 3:13:14).

The Hebrew is enigmatic: Ekyeh Asher Ekyeh. The Gemara, quoted by Rashi, picks up on a peculiarity of the verse. First the verse uses the fuller phrase Ekyeh Asher Ekyeh and then uses an abridged form Ekyeh. Rashi writes, “I will be [Ekyeh] with them during this distress as I will be [Ekyeh] with them at times of oppressions by other nations. [Moses] said before Him, ‘Master of the World, why should I mention to them another oppression? This oppression is enough for them!’ [God] said, ‘You have spoken well. Thus say: I will be [Ekyeh – only once].’” This explains why the verses uses the longer and shorter forms phrases.

Yet Rashi’s explanation begs the question: Why is it comforting that God is with them in a time of trouble? In fact, this makes the question stronger—If God is with us, then why are we suffering in the first place?

But does their interpretation fit the context? The Jews are suffering mightily under Pharaoh and screaming out to God. Is this the time for a philosophy lesson?

In other words, both Rashi and Rambam seem to have weaknesses. For Rashi, what good is it to know God is with me now if I’m suffering, and for Rambam, why do I need a philosophy lesson in a time of distress?

It seems that we can resolve both questions by blending the explanations. This is exactly the approach of the Kuzari, who writes, “The name Ekyeh… is to prevent the human mind from pondering over the incomprehensible but real entity. When Moses asked, ‘And they shall say to me: What is His name?’ the answer was: Why should they ask concerning things that they are unable to grasp? … Say to them Ekyeh, which means ‘I am that I am,’ the existing one, existing for you whenever you seek Me” (Kuzari 4:3; see also Sforno). Kuzari agrees that Ekyeh teaches a statement of God’s absolute existence, but that is a starting point rather than an ending point. Because He is the Being whose existence is absolute, therefore we have the assurance that we can cry out to Him whenever we are in a time of distress.

And that is exactly what happened at the burning bush! The Jews were in distress and they needed reassurance both about God’s existence and His relationship with the Jewish people. We need to have a basic understanding of God to whatever extent possible, but we also need to internalize that we can cry out to Him in times of distress. That was His message in Egypt—and that remains His message to us today.

About the Author
Alec Goldstein received his rabbinic ordination from Yeshiva University and is the founder of Kodesh Press.
Related Topics
Related Posts
Comments