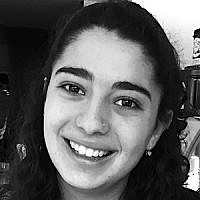 The Blogs
Betty Soibel
Bimkom NIF Shatil Fellow 2018-2019
Apply for a Blog
Advertisement
Please note that the posts on The Blogs are contributed by third parties. The opinions, facts and any media content in them are presented solely by the authors, and neither The Times of Israel nor its partners assume any responsibility for them. Please contact us in case of abuse. In case of abuse,
Report this post. 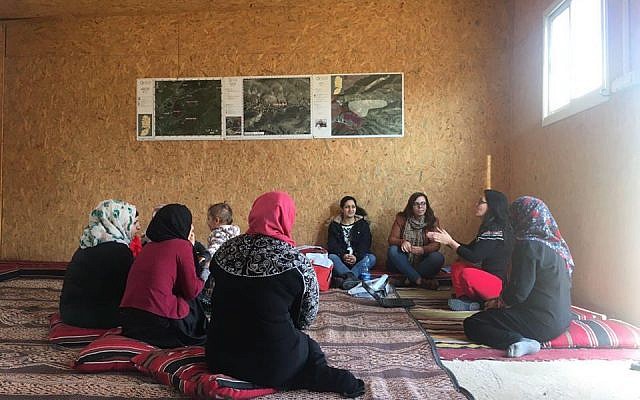 Over the last couple decades, planners have seen women’s demands come to the forefront as women have refused for cities to remain planned, designed and built by men, for men.  This change erupted all over the world, sparking progress in infrastructure and design in both rural and urban settings. For instance, in Vienna, the city added more street lights to make walking at night safer, widened sidewalks and fixed curbs to ease passage for strollers, all as a result of feedback given by female residents. In Jerusalem, city council member Fleur Hassan-Nahoum is leading a campaign to change the fact that in Israel, only 7% of streets are named for women. To her, changing street names is not only a symbolic fight to end inequality on all fronts, but also a nod to the power of the built environment to foster collective historical  memory.

However, it is essential to keep in mind that in the developed world, these changes are possible because there are not only formal outlets for planning, but women also enjoy equal rights to speech and protest. When it comes to more traditional communities in developing regions, including women’s voices in the planning process becomes much more difficult. For instance, in the unrecognized Bedouin communities of Area C in the West Bank, where the issue of planning is the key to ensuring their continuous survival, including women is critical but requires intensive cultural sensitivity. 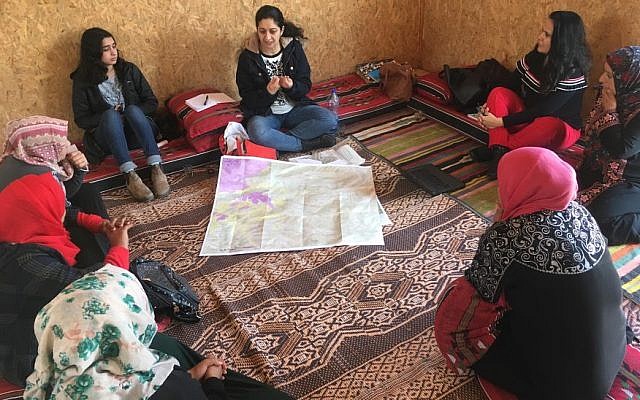 For background, Israeli authorities have blocked Bedouin communities in Area C (Israeli civilian and military control) from any formal planning outlets, meaning all development on their lands is deemed illegal and subject to demolition. For some communities, such as Khan al Ahmar, these policies has resulted in international spotlight and condemnation. For others, the restrictions have silently strangled the communities’ indigenous pastoral lifestyle, making it nearly impossible to survive. In many of these communities, women are the backbone of the pastoral economy, as they are responsible for the feeding, well being, and maintenance of the animals. Their role also includes preparing products made from milk and meat provided by the herds, which often serves as the primary income for the village. As expected, their dominant role in the economic livelihood of the community provides Bedouin women unique insights into the best ways to plan their communities.

Yet, involving women in planning initiatives in Bedouin communities isn’t as easy as simply recognizing the powerful role they play. For outsiders, Bedouin culture seems intensely traditional and conservative. In many communities, women do not enter spaces with foreign men, work outside the village or complete their education. Additionally, polygamy is common and respected, with many men having multiple wives and communal relations operating on the basis of extended familial clans.

Subsequently, for Bimkom, as a planning NGO, working with Bedouin communities brings up many questions. How can women be empowered to shape communal infrastructure without disrupting the fabric of their traditional culture? How can we, as an outside organization, illuminate the planning changes needed to better women’s’ lives without enforcing solutions from an outsider’s perspective?

Always keeping these questions in mind, I recently accompanied the Bimkom team to the community of Wadi Abu Hindi, located ten minutes southeast of the settlement of Ma’ale Adumim for a workshop on gender and planning. We sat with a group of five women, discussing and laying the ground for planning opportunities in line with women’s insights. 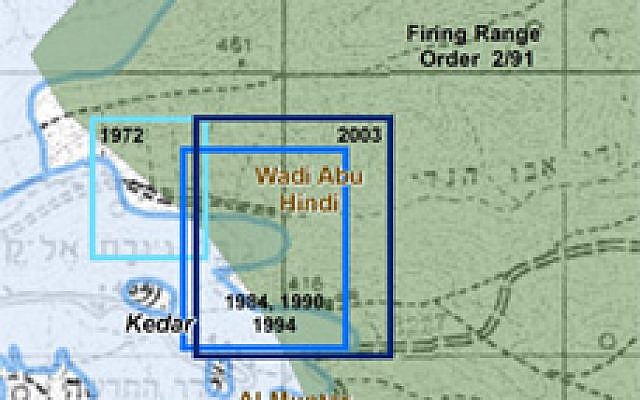 When asked about important issues in planning their village, the theme of “to see, but not to be seen” was overarching. As a reaction to the cultural norm that women do not share spaces with foreign men, centuries of tradition have led Bedouin women to take ownership of the liminal spaces. This liminality is defined by the spaces between, inside and outside of laundry lines, animal pens, curtained sections, and indoor and outdoor kitchens. These in-between spaces belong solely to the realm of the female. They allow for women to traverse from one yard to another freely, all without being seen by the eyes of men. It gives them the freedom not only to connect with other women and split daily chores, but also to simply speak, laugh, and share their days. This “behind the scenes” liminality is the key to women’s power in the community. They run the pastoral economy and perform reproductive labor, all while still adhering to Bedouin traditions.

From a design perspective, Bedouin female spaces are comparable to negative space in artwork. From an outsider’s perspective, the buildings, tents, and homes used by men are the essence of the community. The alleys, pens, or workshops that seem to be only shadows of the main infrastructure wouldn’t be noticed, even though, in reality they are the force that shapes the community’s livelihood and allows for traditions to pass from one generation to another. 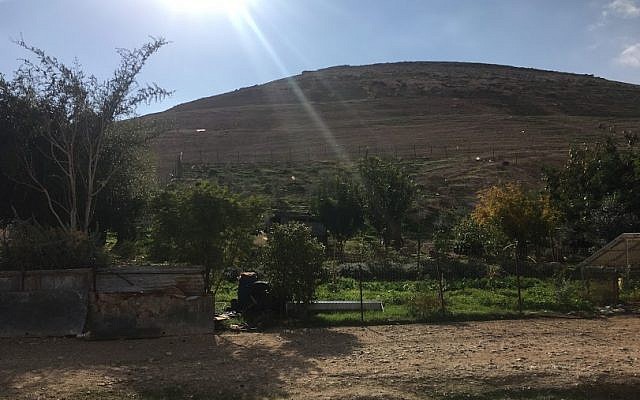 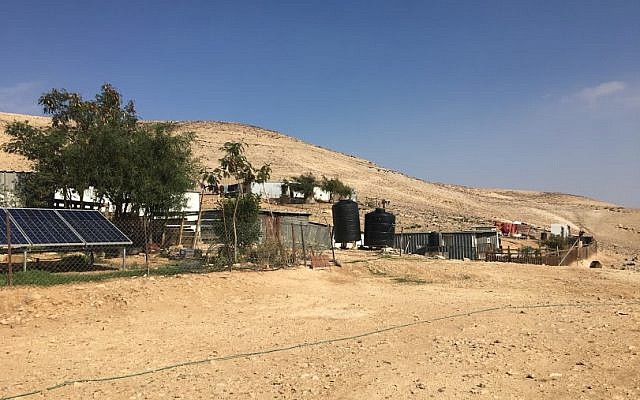 From the perspective of Bimkom’s planning team, understanding the role of female space in the village is crucial. It allows our planners to imagine and design creative development solutions that contrast to the disastrous mainstream plans the Israeli government has implemented for other communities. For example, in the case of the Arab al Jahalin tribe, who were forcibly transferred to the village of Al-Jabal, the Israeli government sought to “modernize” the Bedouins by forcefully urbanizing the community. It relocated the community to a developed village where each family received a private residence in exchange for giving up their lands and pastoral lifestyle. In terms of the relocation’s effect on women, Israeli government planners believed that these changes would “save” Bedouin women from hard pastoral labor whilst providing them the comfort of a built home.

However, in truth, the relocation program utterly destroyed the social fabric that is essential to Bedouin women. Instead of being able to rely upon the exclusively female spaces that were created by expanses of the outdoors, women found themselves locked inside their homes, alone, bound by walls, patriarchal culture, and lack of purpose. The displacement destabilized women’s lives, as it subverted the carefully crafted liminal spaces that allowed for women to play a role in the community without disrupting traditional Bedouin culture.

Israel’s displacement policy towards the Bedouins is emblematic of global trends that force Western lifestyle from above, rather than working with communities on the ground to find more grassroots and culturally sensitive solutions. Of course, holistic planning that takes into account social nuances is a slower, more particular process, but ultimately, the final product creates infrastructure and services without traumatizing and devastating communities. Subsequently, in its everyday work with the Bedouin community, Bimkom strives to create a planning process that includes women’s voices, thus acting upon its organizational values to utilize planning as a tool of empowerment for the most marginalized in society.

About the Author
Betty Soibel is the current Shatil Fellow at Bimkom: Planners for Planning Rights, which pursues human rights and democracy in the field of planning. She is a recent graduate of the Urban Studies program at Columbia University ('17) and is interested in how issues of urban development play out on the stage of the greater Israeli-Palestinian conflict. She can be reached at bs2829@columbia.edu.
Comments