The Blogs
David Brent
Apply for a Blog
Please note that the posts on The Blogs are contributed by third parties. The opinions, facts and any media content in them are presented solely by the authors, and neither The Times of Israel nor its partners assume any responsibility for them. Please contact us in case of abuse. In case of abuse,
Report this post.

As a new immigrant, one of the biggest benefits is the tax break that you get when buying a new car. Other benefits include free health care, a monthly stipend, free housing, free Hebrew lessons, and free advice from random people you encounter on the street. Most of these benefits run out after you have been in the country after a year. The new car benefit can be used within three years. You will need the three years because that will be how long it takes you to get your Israeli driver’s license.

If you are a new immigrant from the USA, like myself, you probably think that you know a lot about cars. But to quote the late wildling Ygritte, “You know nothing Jon Snow.” Other than having 4 wheels, the cars in Israel are miniature versions of the cars in the USA. Sort of like “Hot Wheels” but with smaller engines. I was looking for a family car like the Ford Taurus. There is no Ford Taurus in Israel. The family sedan in Israel is the Ford Focus. In Israel, a family car means that it has 4 doors and can comfortably sit 5 people. That is if the three people in the back are two six year olds and their teddy bear. 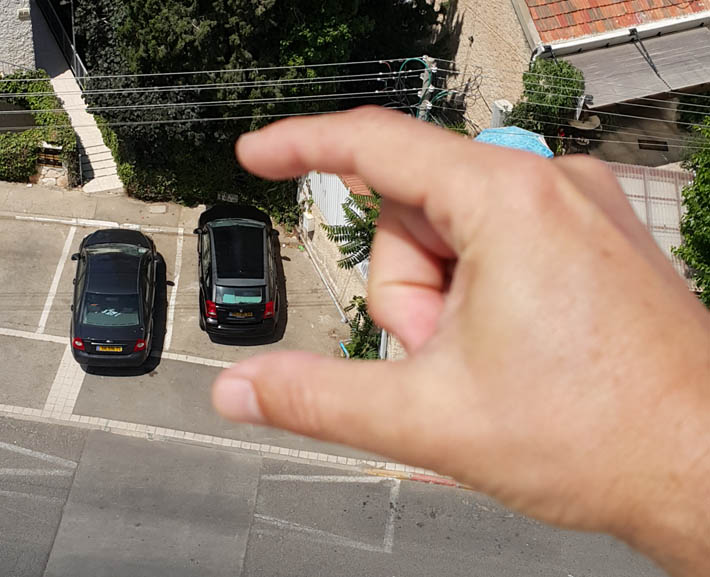 From the outside, the car dealerships look the same as they do in the USA. The stores are architectural masterpieces with high glass windows displaying polished cars shining under spotlights. However, once you walk into the show room, you can sense the difference. In the USA, as soon as you walk into a store, you are greeted by multiple salespeople asking if you are in need of any assistance.  In Israel, it is necessary to yell out, “Can someone please sell me a car?” and then to wait patiently for one of the salespeople to finish their conversation with their mothers on their cell phones.

Car show rooms are comparable to Hollywood movie sets. The front looks like a store but there are actually no cars in the back to buy. You get to walk into the showroom and look at the different car models. You can sit in the car, adjust the seats, and even listen to the car stereo. If you want to take a test drive, you have to first order the car. There is only one model of the car you want in the whole country. That car gets driven from dealership to dealership for test drives.

Once you decide on the car you want, you have to get in line to purchase it. This is how I imagined it was 30 years ago in the Soviet Union when people wanted to buy a toaster oven. I went to the Honda dealership and asked for a Honda Accord. The salesman told me that they weren’t expecting any Accords to be delivered this year. None. He asked me if I was interested in a SUV.

As far as options go, you have the option of buying the car or not. I asked the GM dealership what options were available with the Malibu. He said that GM only shipped Israel one model. He had heard that there were options available in the USA, but he reminded me that I was not in the USA.

At the VW dealership we discovered the Passat. I had been given free advice to buy a VW from a complete stranger so I was confident that the Passat would be a good car for me. The Passat comes equipped with an engine that I did not know existed outside of lawn mowers. A 1.4 liter engine. But the dealer told me not to worry, it is turbocharged. In the States, I used to drive a Ford Mustang with a 5 liter engine. I was worried. There are a lot of hills you have to go up and down in this country. How could a Passat with an engine taken from a blender get me to Jerusalem?

I trusted my dealer because his name was Uzi and I like guns. So I ordered the Passat. My wife handled the price negotiations because she is Israeli and knows how to negotiate much better than I do. However, there were no negotiations. Cars are a fixed price. I asked Uzi what will happen if I go to another dealership. He told me that he has my id number in the computer and they can’t talk to me. In the end, my wife was able to negotiate the first service and a VW key chain for free. We paid the fully refundable deposit and scheduled the test drive for two weeks later. The test drive proved how little I know, because this little 1.4 liter engine had no problem getting me up the hills. The car gets close to 40 mpg in the city which is useful because gas is almost $7/gallon in Israel.

After getting in line for my VW Passat, I had to go the Customs office to start the paperwork necessary for my tax break. The tax break for the Passat is almost $10,000 so I was properly motivated for what I was afraid would be a bureaucratic nightmare. Every government office has the same procedure in Israel, you come in, take a ticket, and wait for your number to be called. The Customs office had the same ticket system but there was not a single person waiting in the entire hall. I went up to one of the empty stalls and the lady there told me to sit back down and wait to be called. I did. Nobody came in and out of the office for 15 minutes. Finally she called me, took my information, looked me up in the computer, stamped my papers and said “Shalom”. That took 30 seconds.

Now I am waiting for my Passat to arrive in Israel. After it arrives, it has to clear customs and then they put in an aftermarket security system specified by my insurance company.

Israel is a rapidly growing country. In 1980 there were 400,000 cars for 4 million people. Today there are ten times as many cars for twice the amount of people. Israel is struggling to keep the infrastructure up to pace. From my experience, they have come up with a pretty good system. I hope that my experience helps prepare you for the privilege of becoming an Israeli driver.

About the Author
David Brent is a NASA engineer with a master's and bachelor's from the Massachusetts Institute of Technology turned candy entrepreneur. He made aliya in the spring of 2013. David commutes between Israel, where his heart is, and Florida, where his business is.
Comments