On the eve of Passover in 2020, with the coronavirus pandemic raging in Israel, the Israeli government imposed a closure on Bnei Brak. Attempting to curb its spread in this ultra-Orthodox enclave near Tel Aviv, the government had no alternative but to deploy a drastic measure.

The manner in which its haredi inhabitants responded to the emergency is the subject of Yarov Mozer’s informative documentary, By The Grace Of Heaven, which will be screened on Zoom by the Uptown Jewish Film Festival in New York City on Sunday, August 15 at 12 p.m.

With the lockdown in place, mikvehs and swimming pools were closed and families were instructed to remain at home. The quarantine was especially hard on mothers coping with restless children, as one woman recalls. 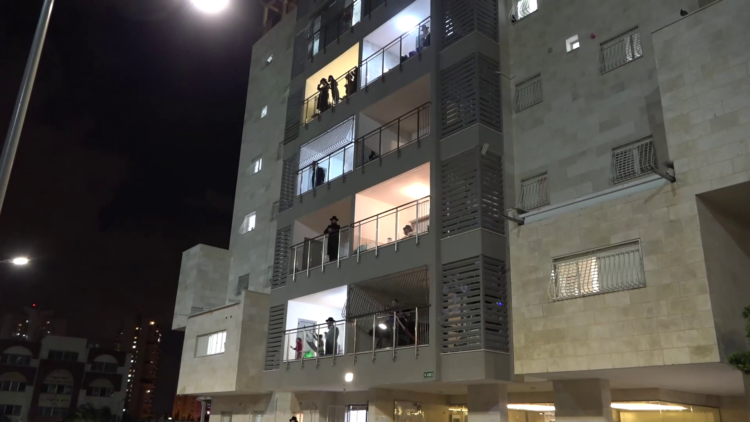 The deadly contagion was extremely contagious, as another scene illustrates. With health care workers attending to him, a healthy-looking man complains of feeling weak.

The outbreak in Bnei Brak, which is inhabited by haredim from the Lithuanian, Sephardi and Hassidic sects, was dealt with by the army. Roni Numa, a general, was placed in charge of delivering food and essential supplies to the quarantined. These goods were distributed by soldiers, all wearing masks.

One of them, Captain Eli Feldstein, is a resident of the town. He admits that his decision to join the armed forces was quite unusual. “It raised eyebrows,” he says.

Apart from Feldstein, the film features, among others, the mayor of Bnei Brak, Rabbi Avraham Rubinstein; David Finkel, his chief of staff, and Rabbi Mordechai Gross, the head of a local yeshiva.

The camera pans briefly on Rabbi Chaim Kanievsky, a revered and remote Torah and Talmudic scholar who is seen reading a text intently. Trying to accentuate the positive, one of his assistants says the pandemic will bring people together.

Rubinstein frets that he and his team know precious little about it, but speculates that crowded living conditions was one of the factors contributing to it. “People are hysterical,” he says, declining to cast judgment on them. He tells Mozer that residents are obeying rules and praying on their balconies instead of in synagogues. “They don’t come down,” he adds. 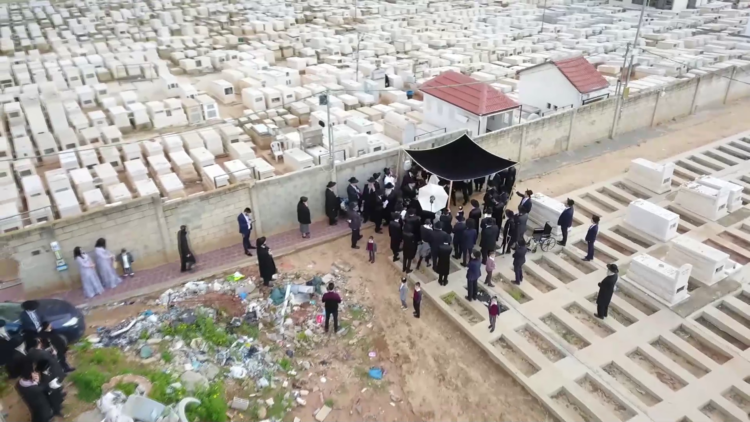 In accordance with strict Jewish tradition, a “black” wedding of two orphans takes place next to a cemetery. The ceremony is supposed to push the pandemic away.

Rabbi Gross complains that the order forcing yeshiva students to study alone is akin to a death sentence. Numa replies that everyone must adjust to current circumstances. Mozer learns that plans are afoot to open a yeshiva exclusively for infected students. 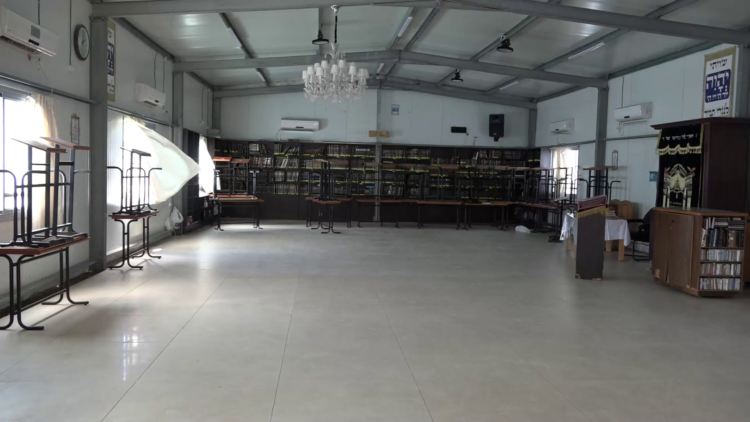 An empty yeshiva during the pandemic 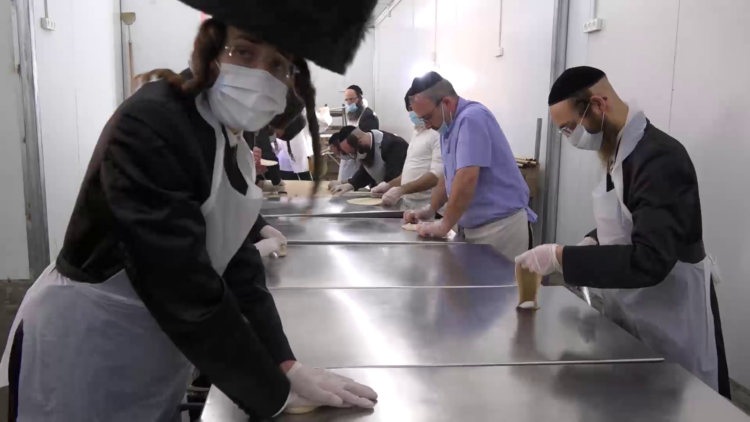 Baking matzah on the eve of Passover

The daughter of a prominent rabbi claims that “happy” people do not contract the virus. Her ill-informed remark is juxtaposed against a comment from a respected rabbinic scholar who admits that haredim were not “very cautious” when the pandemic broke out.

This is an understatement. During its early phase, outliers packed synagogues and yeshivas in Bnei Brak in flagrant violation of coronavirus regulations, thereby spreading the virus and infuriating secular Jews.

The film ends on an upbeat note as residents go about their business in the center of this bustling town. This scene creates the erroneous impression that the pandemic has been beaten back and that life has returned to normal. But as everyone knows, we are still in the thick of it.