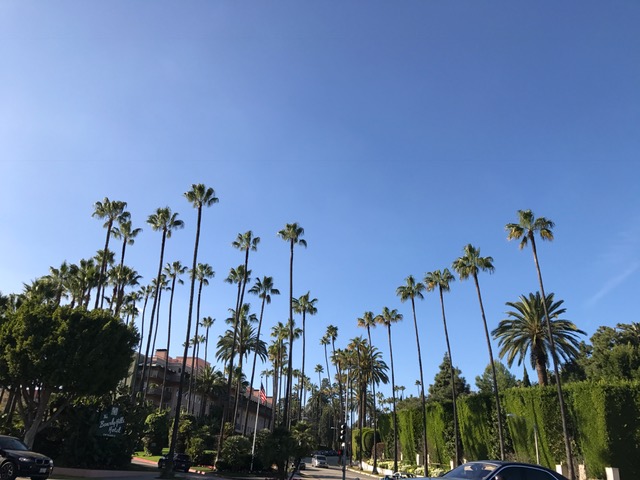 I was raised in California, and anyone who knows me can tell you I remain a California girl at heart.

I visit the state often, have pictures and mementoes of my favorite beaches and haunts all over my house, and will still sometimes get honked in the Tri-State area, where I’ve lived for over 20 years, for not moving quickly enough at a light.

You can tease me all you want about Californians’ laid-back, slow-moving ways, but when I’m out on the West Coast, I always remember why people there don’t seem to mind just about anything: the persistently sunny weather and the paradisiacal palm trees and other magnificent flora remind a person that life is for savoring.

But the California landscape offers something more. It’s an artist’s palette of mountain ranges and cerulean skies; flowers of deep red, pink, yellow, soft lavender and light blue; cacti and succulents that attract and bewitch; and trees and vines that shade, but also burst from sidewalks or twist around gates and fences, as if they’re taking over the land.

The state is a place that sets the imagination on fire.

It’s no wonder Walt Disney chose the Golden State to house his first theme park. Like most residents of Southern California, I was and remain a regular visitor to the happiest place on earth. Growing up, I would memorize the minute details of the park and all its attractions, and constantly wonder how this magical place came to be. Only now as an adult do I understand I was asking the same thing of the state as well, with both landscape and theme park silently interrogating me, asking ‘What creative endeavor will you undertake?’

I don’t mean to gloss over the state’s flaws — Don DeLillo, in his novel White Noise, credits California for having invented the concept of lifestyle, and he doesn’t really do so as a compliment — but the problems didn’t overly concern me. Sure, I noticed how superficial LA life could be, but I was able to compartmentalize: here was the vacuousness of a life lived in pursuit of wealth, fame, a fantastic car, and good looks, and here were the values of my religion, which called on Jews to be servants of God, to develop a rich spiritual life, live humbly, and care for others.

What interested me, actually, were the ways I saw Judaism as aligned with the creativity California inspired. One of the concepts that captured my interest early on in school was the notion of imitatio dei. What a redemptive thought, that we are capable of being like God. My teachers told me that Deuteronomy 10:12 exhorted us to “walk in all of [God’s] ways” and quoted Sifri: “Just as He is merciful, so should you should be merciful, and just as He is compassionate, so should you be compassionate.”

Rav Joseph Soloveitchik, the 20th-century Jewish theologian, deepened my understanding of imitatio dei, connecting it to creativity in his explanation of Adam 1 and Adam 2. According to Rav Soloveitchik, the fact that man was made, in the Torah’s first account of Creation, “in the image of God” means that s/he is inherently a “creative being.” Adam 1, a majestic creature, conquers the world by imposing order on it — by creating mathematical models, religious values and ethics, art, and anything his/her mind can conceive of. This Adam is glorious, and gloriously imitates God, the Creator of the world. In this conception of man, the Rav sees a father-son relationship: a father wants his child to become independent by mastering the skills the father has. God the creator wants his son, man, to create.

Adam 2, who is based on the second account of Creation, is a more inward and lonely creature, more beset by existential doubts. This Adam searches for meaning in the world, and does so by entering the covenantal community and subduing his passions in order to be part of it. Adam 2 embraces ritual and the halakha in order to form a relationship with God and with others in his faith community. The relationship this Adam forges with his Creator, the Rav believed, mimics a mother-child one, which is based on intimacy and emotion. Instead of seeking the child’s independence, this parent wants closeness and interdependency.

In an essay about the Rav’s religious philosophy, Professor Lawrence Kaplan explains Rav Solovetichik’s thinking. The Rav sees the relationship between Adam 1 and Adam 2 as dialectical: the man and woman of majesty use his/her creative powers to form a covenantal community. In fact, the Rav married the creative spirit with the Jewish mandate to live a halakhic life and a life devoted to helping others. His statements on this are an epiphany:

“The realization of the ideal of justice constitutes the fulfillment of the duty of creation that was placed on man.”

Man as creator has an obligation to “redress the grievances of those who are abandoned and alone; protect the dignity of the poor and save the oppressed from the hands of the oppressor.” For the Rav, of course, living a halakhic life is as equally as important as pursuing justice, and he sees the halakhist as creator of formal structures of Jewish law in the same way a mathematician-physicist is a creator of equations that represent the sense world in which we live.

But the Rav also honored humanity’s creative spirit by acknowledging the myriad ways it contributed to the world, and by asking us to use those contributions to serve God. He also challenged us to rid ourselves of hubris by acknowledging a divine source for our creative powers and by seeking to harmonize them and set them in dialogue with our religious selves. 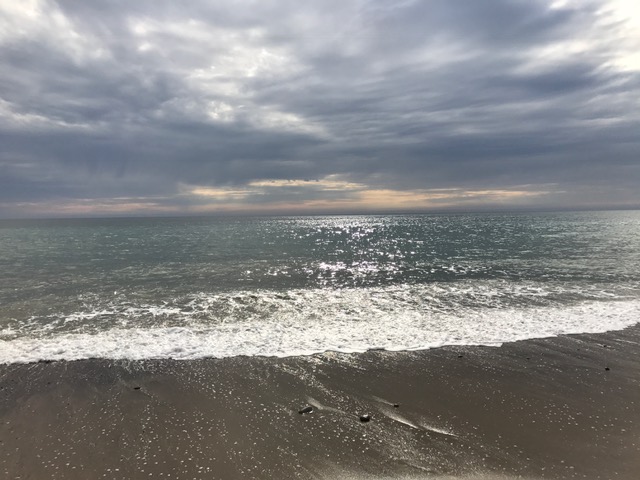 One of the wonderful developments in the field of education over the last decade has been an increased emphasis on creativity. We seem to be emerging from a culture of over-testing and uncovering some truisms about what children — and adults — need in order to learn, and indeed to live and thrive. Picasso has a saying, “Every child is an artist. The problem is how to remain an artist once we grow up.” We can expand Picasso’s idea of what it means to be an artist and say it refers to our human capacity to create in any form we imagine, cat videos notwithstanding. The desire to live artfully seems basic to the human condition, and so it’s vital we give creativity the prominence in school that it so richly deserves.

I have no doubt Walt Disney would approve. In fact, one of the things I love so much about California is that it encourages you to honor your inner child, as Picasso hopes you will. The state allows your wonder at the magic in the world to be a freeing, nourishing, and inspiring force, so that you never let go of your artistic, creative spirit.

Judaism provides a complementary and equally important message: let whatever you design, imagine, generate be in service of the Divine, which demands much from us in terms of living a just and compassionate life. Don’t forget: when we are creating, we are imitating God.