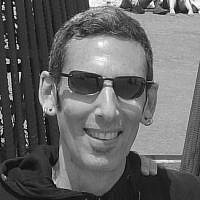 The Blogs
Matt Semel
Apply for a Blog
Advertisement
Please note that the posts on The Blogs are contributed by third parties. The opinions, facts and any media content in them are presented solely by the authors, and neither The Times of Israel nor its partners assume any responsibility for them. Please contact us in case of abuse. In case of abuse,
Report this post.

Scholars and historians classify the Holocaust as a distinctly singular event. The genocides in Rwanda, Armenia and South Sudan demonstrate the worst of humanity but are categorically different from the Final Solution, in magnitude, scope and design. Hitler decimated the Jews of Europe and would have annihilated the Jewish people had Nazi Germany prevailed in World War II.

As a result, many loathe Holocaust comparisons. Such juxtapositions trivialize and demean a unique historic occurrence.

Unfortunately, some American Jews have resorted to Holocaust analogies when discussing the current war in Gaza between Israel and Hamas. In e-mails and conversations, people I know and don’t know have framed this conflict in the context of the Shoah. Israel faces an existential threat, they say. They argue that Jews are being attacked and killed solely because they are Jews. These same people exhort me to rally in support of and in solidarity with, the people of Israel in their “time of need.”

This leads to an important question. Does Hamas threaten the existence of Israel? Students of the matzav (the Hebrew for the political situation) know that Hamas, the Palestinian branch of Egypt’s Muslim Brotherhood, bills itself as dedicated to the destruction of Israel and to a Palestinian state from the Mediterranean Sea to the Jordan River. The Hamas Charter denigrates both Zionism and Jews and is rife with anti-Semitic references that the organization perpetuates in both conventional and social media. Its military wing deliberately targets non-combatants and has killed hundreds of Israeli civilians as well as Americans who held dual citizenship or were visiting Israel. Backed by money from Iran and charities and individuals in the Gulf States, many (but not all) elements within Hamas benefit from perpetuating the status quo of eternal hostilities with Israel. Hamas represents resistance for the sake of resistance and has failed to enunciate its vision for a future Palestine other than as an Islamic state in place of Israel. As despicable as this is, none of this means that Hamas imperils Israel’s existence and that Hamas can match the formidable military power that is Israel.

Of course Israel cannot ignore hundreds of rockets fired indiscriminately into the country, and the kidnappings and murders of its citizens. It cannot ignore innumerable tunnels used to infiltrate Israel. It is obligated to defend its people and insure their security.

But here illustrates the problem: Hamas is not Gaza and Gaza is not Hamas. In fact, Gaza now is more like a social science experiment gone awry, where the subjects have not given informed consent to participate. The people of Gaza are entrapped in a nightmare, endlessly on repeat.

The Gaza Strip, a rectangular piece of land about twice the size of Washington D.C., is home to around 1.8 million Palestinians. It shares approximately 59 kilometers of border with Israel to the east and the south. It abuts Egypt for about 13 kilometers in the southwest and the Mediterranean Sea dominates its west coast.

After the Six Day War in 1967, Israel captured Gaza from Egypt and occupied it until 2005, when then Prime Minister Ariel Sharon enacted his “disengagement” from the Strip and unilaterally dismantled all Israeli settlements there. It was Israel’s position that the end of the occupation concluded all of Israeli’s obligations towards Gaza under both international and humanitarian law.

In spite of this, B’Tselem, the Israeli human rights organization, and others, still consider Gaza under de facto occupation according to international law. Why? Israel severely restricts the flow of goods and people into and out of Gaza, has prohibited most exports and has imposed a maritime blockade of Gaza’s coast that strictly impedes Gazan fishermen. As a result, under reasonable interpretations of international law, Israel maintains “effective control” over the Strip and its people. In addition, Egypt’s military government has also in effect closed its border with the territory. The end result has transformed Gaza into a ghetto-ized high tech prison whose residents are trapped behind barbed wire and electric fences and ruled by thugs with guns.

We don’t blame Cubans for the Castros. We don’t withhold empathy from North Koreans because their boy king leader impoverishes and persecutes his people. We don’t hold Syrians responsible for a leader who has slaughtered tens of thousands of his own people.

Many will respond that the Palestinians created their own hell when Hamas swept Palestinian legislative elections in 2006, elections George W. Bush personally encouraged despite warnings that Hamas might receive a decisive number of votes.
But that government, freely elected, like it or not, was to be a unity government with Fatah, the party of Mahmoud Abbas, the Palestinian president. In 2007 Hamas staged what amounted to a coup in Gaza and took full control.

Homelessness, depredation, disenfranchisement and, yes, occupation, affect a people and its national psyche. I will not rally. But I will grieve and I will pray.

About the Author
Matt Semel has a PhD in Criminology from the Graduate Center of the City of New York. He also has a law degree and practiced criminal law in New York City for 13 years and was a college professor for 11 years, teaching courses in terrorism, law and criminal justice.
Comments