The Blogs
Ran Bar Yoshafat
Apply for a Blog
Advertisement
Please note that the posts on The Blogs are contributed by third parties. The opinions, facts and any media content in them are presented solely by the authors, and neither The Times of Israel nor its partners assume any responsibility for them. Please contact us in case of abuse. In case of abuse,
Report this post.

At the end of the day, terminology will affect our consciousness, and our consciousness will affect reality. The organizations working day and night to vilify Israel have long understood this point. Therefore, they are very careful to use certain words that present Israel in a negative light and themselves in a positive light. For example, the words freedom, justice, and equality will always appear because they produce a popular buzz.

They call it the BDS movement. Boycott, Divestment, and Sanctions. This sounds fairly peaceful, however, the ultimate objective of the movement was described by Asad AbuKhalil, a professor at California State University: “The real aim of BDS is to bring down the state of Israel… That should be stated as an unambiguous goal. There should not be any equivocation on the subject. Justice and freedom for the Palestinians are incompatible with the existence of the state of Israel.”

By using terminology of human rights, peace, and justice, with cool acronyms like “BDS”, those who wish to see Israel erased from the map gain support from a wide audience.

The truth of the matter is that this smearing campaign against Israel has nothing do with freedom, justice, or equality. It denies the basic and inherent liberties of the Jewish people to have their own nation state regardless what the borders may be.

They have no shame in using full lies and half-truths. They just play it on repeat enough times until ultimately, it is accepted, through sheer repetition. This repetition is not just the allegation against Israel – it is the terminology. While sanctions against Israel have been a complete failure, the smearing campaign does have its effects, mainly among those who know very little about the issue.

l suggest we start calling them with the right acronym, that represents who they are: IDM – “Israel Destruction movement”. 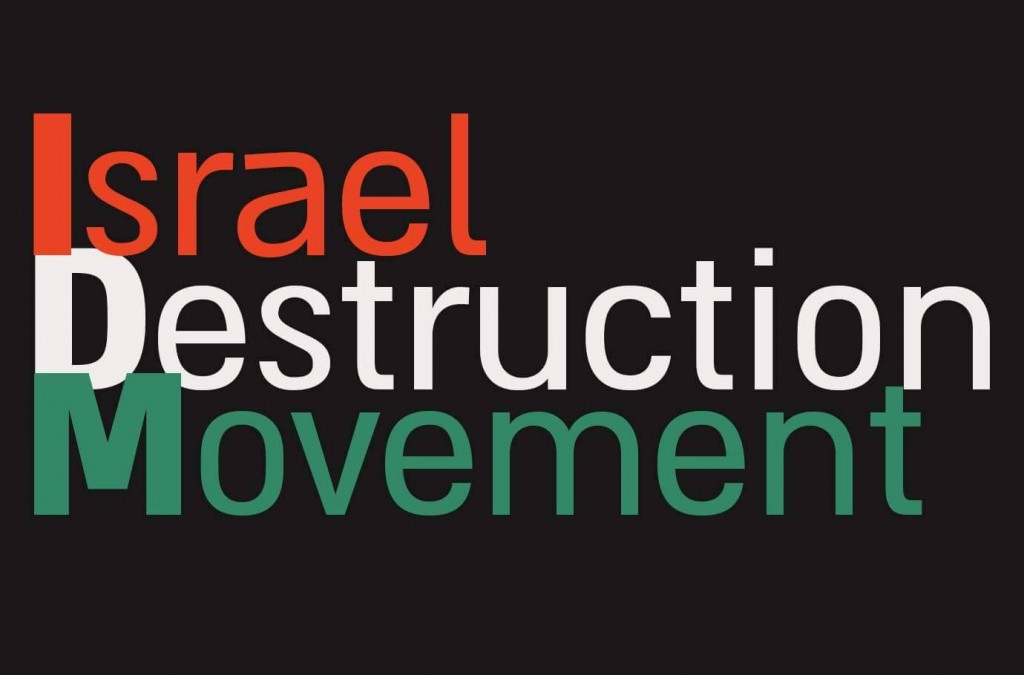