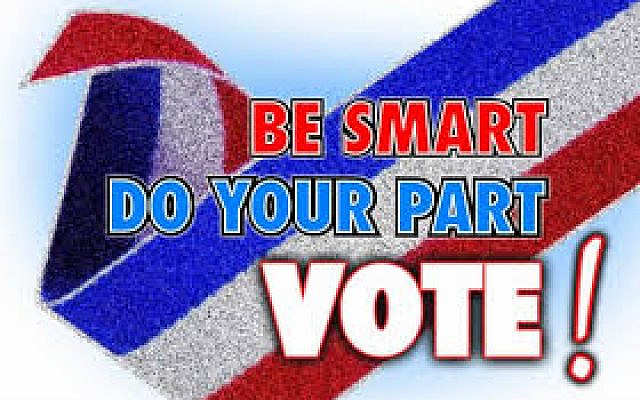 The 2020 US election is fast approaching. If you’re a US citizen abroad, and with the added concerns around Covid-19, this is certainly not the year to delay voting.

Wherever you are, help is at hand.  Federal Voting Assistance Program (FVAP), supports US citizens living abroad to vote absentee by providing information and resources about voting from abroad to service members and overseas citizens.   According to the FVAP 2016 Report, there are approximately 5 million Americans based abroad, about 3 million of whom are eligible to vote. There are an additional 172,000 active duty personnel serving overseas.  About 10% of eligible overseas voters requested ballots, and an estimated 7% ended up casting ballots in the 2016 Federal Election.

Hopefully, you’ve already requested your absentee ballot – that’s the crucial first step.  So do it right now if you haven’t already. You still have time – and every state allows you to receive your ballot by email.  Find out how to vote absentee as a US citizen abroad while you still have time

Many overseas voters have already received their email ballots and have voted. (FVAP photo)

Once your ballot arrives, don’t hang on to it!

Here are four reasons to return your ballot the moment it arrives in your hands – or your email inbox.

Maybe you’ve got lost in the voting process? Don’t worry. If you’ve requested a ballot but haven’t received it, ask your election office about its status. Hoping to save yourself some time by voting by email?

So, what if your state only allows mail-in ballots and you’re worried about delays? FVAP suggests seeing if you can send your ballot by diplomatic pouch from a nearby Embassy or consulate.

Please note that all visitors to the embassy are subject to a security screening and you will not be permitted to bring electronic devices, including cell phones, inside the facility.  You may also want to check the latest list of countries to which the United States Postal Service (USPS) has suspended mail due to the pandemic.

The final recommended vote-by-date from abroad is October 13. But why leave it so long? If you want to feel sure your vote will count, return your ballot now!

Voting absentee doesn’t mean you have to miss out on getting one of those “I Voted” stickers. (Photo courtesy of FVAP)

It’s called the Federal Write-In Absentee Ballot (FWAB). Use this if your regular ballot doesn’t reach you in good time. A few states may allow you to vote via FWAB even if you haven’t already applied for a regular ballot.

Voting is a constitutional right that American citizens eighteen years and older can freely exercise.  According to History.com, “Americans first began the custom of weekday voting in 1845, when Congress passed a federal law designating the first Tuesday following the first Monday in November as Election Day.

“Before then, states were allowed to hold elections any time they pleased within a 34-day period before the first Wednesday in December, but this system had a few crucial flaws. Knowing the early voting results could affect turnout and sway opinion in states that held late elections, and those same last-minute voters could potentially decide the outcome of the entire election. Faced with these issues, Congress created the current Election Day in the hope of streamlining the voting process.

“But why a Tuesday in November? The answer stems from the agrarian makeup of 19th-century America. In the 1800s, most citizens worked as farmers and lived far from their polling place. Since people often traveled at least a day to vote, lawmakers needed to allow a two-day window for Election Day. Weekends were impractical, since most people spent Sundays in church, and Wednesday was market day for farmers.

“With this in mind, Tuesday was selected as the first and most convenient day of the week to hold elections. Farm culture also explains why Election Day always falls in November. Spring and early summer elections were thought to interfere with the planting season, and late summer and early fall elections overlapped with the harvest. That left the late fall month of November—after the harvest was complete, but before the arrival of harsh winter weather—as the best choice.”  History.com

BY VOTING YOU CAN HIRE OR FIRE ELECTED OFFICIALS.

BY NOT VOTING, YOU ALLOW OTHERS TO SPEAK FOR YOU!!