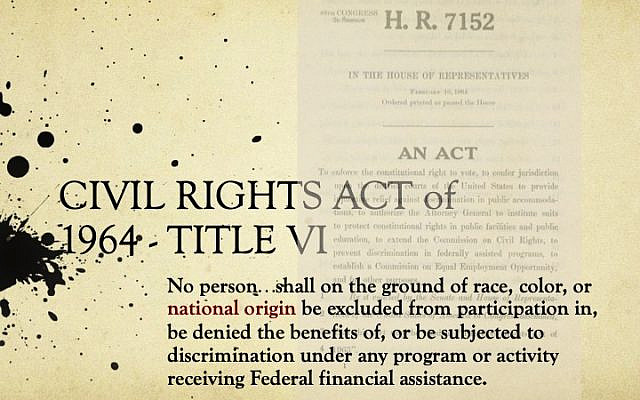 As a child growing up in the Deep South during the upheavals of the 1960s, I saw firsthand how the Civil Rights Act of 1964 became a powerful force for advancing social justice. I never would have imagined, however, that nearly six decades later, this same Federal law would become one of the most effective tools for fighting new forms of anti-Semitism emerging on U.S. college campuses.

That is what I learned in a highly informative recent program featuring Alyza Lewin, president of the Louis D. Brandeis Center for Human Rights Under Law. Co-sponsored by Congregation Beth Am’s Jewish and Israel Advocacy Committee and the Oshman Family JCC in Palo Alto, CA, the program provided clarity and expertise about how the Civil Rights Act’s prohibitions against discrimination on the basis of race, color or national origin—but not religion— are being applied to protect members of faith-based groups.

Since the early 2000s, successive presidential administrations of both political parties have affirmed that faith-based groups characterized by shared ancestry are protected by Title VI of the Civil Rights Act.  The Brandeis Center is successfully making the case on behalf of Jewish students at colleges and universities nationwide that they are entitled to this legal protection.  The U.S. Department of Education provides detailed publicly available information about Title VI online, as does the U.S. Department of Justice. 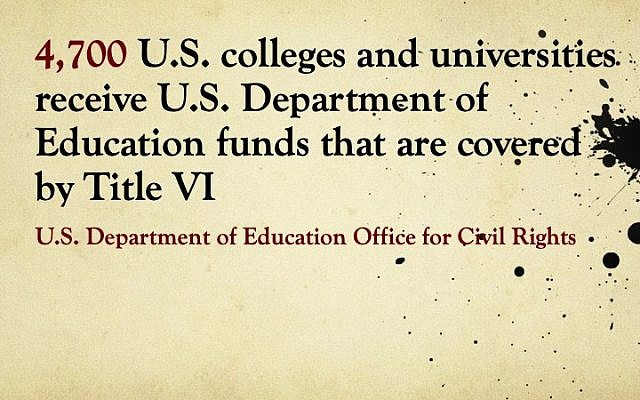 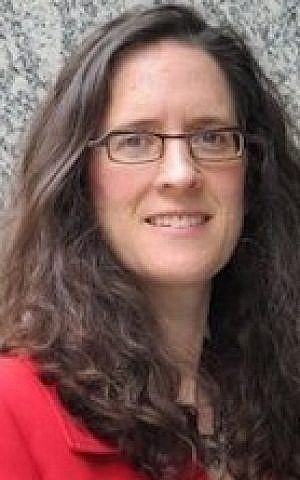 CONFUSING DISCRIMINATORY ACTIONS WITH POLITICAL DISAGREEMENT. “University administrators often recognize the more traditional forms of anti-Semitism,” explained Lewin, “but fail to understand that anti-Semitism is like a virus that morphs in each generation.  They may confuse political disagreement with discriminatory actions by groups or individuals who ostracize, marginalize and exclude Jewish students, particularly those who support Israel.”  A college or university that ignores or tolerates such incidents can be subject to a legal complaint being filed against it with the Department of Education.  The institution then risks having its Federal funding cut off, which provides a significant incentive for negotiation.

DEFINING ANTI-SEMITISM. Educating university leaders about current forms of anti-Semitism is aided by sharing the International Holocaust Remembrance Alliance definition that is used by the U.S. Department of State as well as numerous other countries. In addition to providing examples, it specifically states (contrary to frequent misconceptions about potential limitations on free speech) that “criticism of Israel similar to that leveled against any other country cannot be regarded as anti-Semitic.”  However, allowing Jewish students to be pushed out of, or denied access to, activities on campus because they support Israel, or because they regard Zionism as central to their Jewish identity, is unlawful. Lewin also clarified that unfortunately the U.S. does not have a law against hate speech.

The Brandeis Center is achieving successful outcomes, including a public statement on campus anti-Semitism issued jointly by the University of Illinois, Jewish community organizations and the Brandeis Center, which could become a model for others. It is also working collaboratively with Hillel International on a “Campus Climate Initiative” and finding that college and university administrators are receptive to these efforts. A Title VI Fact Sheet downloadable on the Center’s website provides a concise overview.

Although initial enforcement of the Civil Rights Act was met with anger and resistance in the 1960s and beyond, it continues to be a foundational law in the ongoing quest for greater justice and equity in American society. It is reassuring to know that Jewish college students today have expert legal guidance and support for seeking that law’s protection. In doing so, they may learn lessons that are as important as any taught in their classrooms.