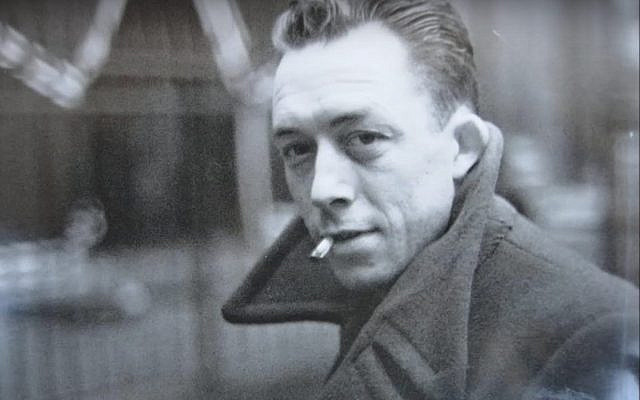 “All I maintain is that on this earth there are pestilences and there are victims, and it’s up to us, so far as possible, not to join forces with the pestilences.” 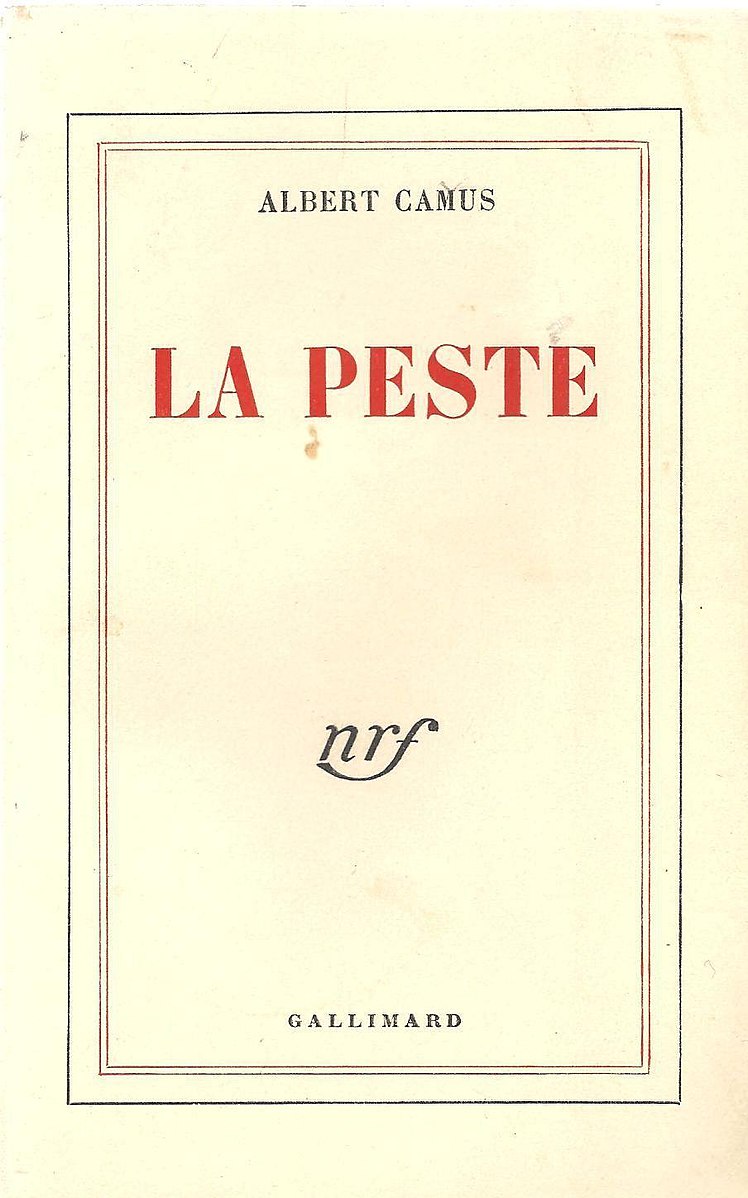 The cover to the first edition of Camus’ “The Plague” (1947.) (Source: Wikimedia Commons. Public domain).

For those that haven’t read it, Albert Camus’ “The Plague” (originally published in 1947 as “La Peste”) is a piquant, absurdist meditation on human behavior in response to existential crises caused by disease and fear. It’s a fantastic book that I recommend to all, especially if you haven’t read it since high school or college. Camus explores the lives of the residents of the Algerian city of Oran as an eponymous plague that strikes the town and isolates it from the rest of the world. Initially, there is mass hysteria as everyone wants to survive the onslaught of the virulent outbreak. Throughout the text, Camus shows how even citizens who begin the story as admirable quickly devolve into selfishness as they dismiss the suffering of others over their own travails. Those of us serving as clergy can reflect on the pastoral leadership of Father Paneloux as the plague expands and changes. Medical professionals can learn from the novel’s historical and humanistic dimensions.

In a horrible parallel, it seems that the world is now playing out the events as rendered by Camus. Of course, we never really had to wait for the coronavirus—a dangerous disease, to be sure—to imagine such possibilities in modern America. The plague is already here: it is the rampant greed and materialism that blocks our empathy; it is the insatiable American demand for growth that prevents contentment; it is the prioritization of the individual’s success and actualization that holds back collective well-being.

When the next stage of the plague comes—call it coronavirus, or whatever you want—it will simply exacerbate the restless tensions between the rich and poor, those with access to power and those left vulnerable to the elements of negligence and invisibility. With the ascent of greed and xenophobia to inoculate themselves against the consequences of pandemic, the rich will use all of their resources to help themselves. The poor, sadly, will be left to fend for themselves, with minimal resources to procure food if they become quarantined or no access to vaccines and other preventative treatments that will help them get through trying times. Will governments intervene?

Will NGOs and relief organizations be equipped to handle the bureaucratic pandemonium? People will try to raise up walls to fend for their own personal well-being, causing them to become increasingly wary of those different from them. Specifically, those from Asia will face explicit profiling and unfair scrutiny in the name of security as the virus originated from that area; people will feel uncomfortable around them in fear of getting potentially infected.

It is important to note that the frantic rush to judgment and assigning blame in haste is not an aspect of Jewish tradition. Rather we need a broader perspective about life and death in such trying times. As it says in the unetaneh tokef (“Let us speak of the holiness”) that we recite on Rosh Hashanah and Yom Kippur: “The origin of man is dust, his end is dust. He earns his bread by exertion… like a passing shadow and a vanishing cloud, like a breeze that blows away and dust that scatters, like a dream that flies away.” There is no separation between rich and poor, master and slave, sick and healthy. Instead, people are born from dust and will return to dust when we meet our inevitable end. That is why Jewish funerals are intended to be so modest for both the rich and poor and all in between. Rather than create elaborate ceremonies, tombstones, and shrouds for the dead to recognize their status, the burial takes place immediately with each person dressed in the same plain basic garb (Yoreh Deah, 351). As vulnerable flesh and bones, we are all on the earth (and below the earth) together.

This idea of equality in death is not an easy one. We want to distinguish ourselves based on our hard work and accomplishments, unwilling to be seen as inferior to others. It is more important now than ever before for spiritual leaders to preach this message of equality to all. That from Compton to the Lower Ninth Ward to the Upper East Side to Beacon Hill, we will work together to fight this virus and help each other through the challenges to come. It should not be the stock market that alarms us but deaths, wherever they occur from a rural village in China to a high-rise in Manhattan. Let us not prescribe secret power to the pestilence, but acknowledge that we—as conscientious and spiritual people—have the ability to stop its influence from rotting society to its core.