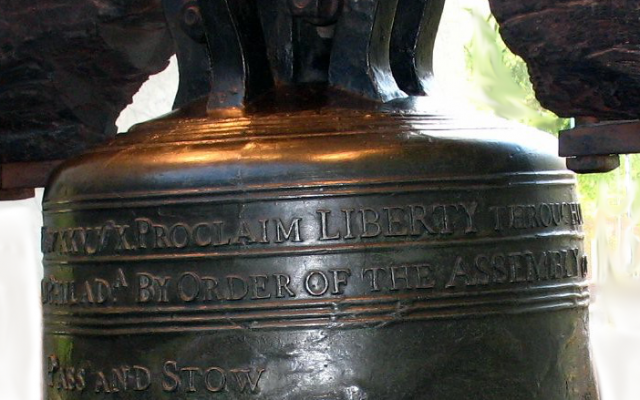 In 1982 I started studying sources about Shmitah, the Sabbatical year of release, the same year that I started observing the Sabbath. Back then I focused on how the Shmitah year was a year without hunger, when agriculture would stop but everyone would share food stored up from the previous year.

After a decade of study, I realized that the whole Sinai covenant was about creating a society that could observe Shmitah, a society that could actually give the land its rights and its rest. That’s why this week’s double parshah about Shmitah begins with the words, “God spoke to Moses on Sinai… When you come to the land I am giving you, the land will rest, a Sabbath for Hashem.” And it was about a return to Eden, since like Eden, the food that grew on its own had to be shared even with the wild animals.

Another decade, and I discovered that Shmitah would push society to embrace permaculture food forests, since those are the trees that would keep producing fruit without being tended or pruned. You know where there are so many kinds of fruit trees that grow on their own, pistachios and pomegranates and figs and almonds and more? Israel.

Combine that freedom from hunger with abundant fruit and canceling debt and wow, you have a non-violent revolution every seven years! If you’re someone who cares about social justice or liberty or the earth, Shmitah leaps out as an extraordinary solution to our world’s deepest problems.

One more decade, and I started observing how shabbat every week can be training to prepare ourselves to create that revolutionary society.

And yet, through over 30 years of learning and teaching about the Shmitah year, along with every Jewish educator who feels passionate about it, I never stopped wondering, how could this ever happen IRL? Was Shmitah just some fantasy world we were supposed to be inspired by? A full stop of agricultural activity, a forgiveness of loans, a deep reset of social inequity—and an even deeper reset in the 50th year of the Jubilee—is that something that could ever happen?

It seems that we now have an answer: yes, society can stop, and we can still go on living. Maybe we can even deal with climate change.

If you make a few tweaks to the shutdown, add in spending face-to-face time with friends, hugs, singing together—plus the Shmitah rules that guarantee everyone has enough food and no one owes money—then it all looks downright glorious. We are also getting a taste of what the natural world might look like when we really rest, because so many people are getting to see more wildlife and distant mountains and stars, have more quiet, breathe cleaner air.

The alternative to letting the land rest, as the second parshah of this week’s double portion teaches, is grim: famine and plagues and war and exile.

And we are getting a taste of that too, because this plague of COVID-19 comes in a roundabout way from not letting the land rest. By taking away more and more habitat, by stealing animals, even endangered animals, from the wild and bringing them live to markets, humans are creating the conditions of close contact with other species that lead to viruses like this one jumping to infect our own species. (By running “concentrated animal feeding operations” and pumping animals with antibiotics, we may also be training up future pandemic viruses.)

So let’s think about letting the land rest in broader terms than just not farming in the seventh year. There are six other years in the cycle where we must work with the land justly. In none of them is it allowed to spill innocent blood, which pollutes the land, or oppress the poor, which leads to bloodshed (Exodus 22:20-24). In none of them is it allowed to destroy fruit trees, which are a gift of the Earth and even deserve protection like people (Deut. 20:19).

In our time we must also realize, there is no year where people should be allowed to chemically pollute the land, or destroy essential habitat for other species. And if you want the land to repose in justice, it also means not stealing land, for God’s sake!

So what about annexation?

If anyone thinks we can inherit the land “by any means necessary,” they’re living in unreality. Maybe they would listen to Rav Kook? He wrote, “Since we (the Jewish people) are a ‘righteous nation, keeping faith’, our conquest [of the land of Israel] can only take place via the path of peace, by means of fair purchase. Our resolve must be to uphold the commandment to ‘love your neighbor like yourself’ not only with individual people, but also with the [other] nations.’” (M’amrei Ra’ayah) That means Arabs, Bedouin and Palestinian. Maybe they would listen to the Torah portion: “For the land is Mine, and you all are strangers and sojourners with Me.” (Lev. 25:23)

Here’s a question to ponder: can stolen land ever rest? And can taking and “settling” the land under conditions of military rule ever not be a kind of stealing? What about proclaiming liberty “throughout the land to all her inhabitants”?

The Maharal (Yehuda Loew of Prague) taught: “When there is ‘wasted Torah’ and the crooked distortion of law, these punishments of plague and famine and war and exile are what rightly happen. For the Torah is the order of the world, and so is Justice the repair (tikkun) of the order of the world, so that through Justice comes order. And when people depart from the world’s order, the world goes out of order through the four punishments, which are a complete departure from the right order.” (Netivot Olam, Netiv Hadin 2:3)

If that’s just some pious theological mumbo jumbo, if the fertility and security of the land don’t depend on justice, then we have a fantasy covenant, not a real one. But if we do have a real covenant, it cares about strangers and says that we too are strangers. That’s the foundation of justice according to Torah. The alternative to releasing the land and people from servitude, in the words of this week’s Haftarah (Jeremiah 17:4), is that we will be released from the land.

The rabbis teach that not letting the land rest leads to the Jewish people being exiled from the land. Rachman lits’lan, maybe we should stop testing whether that principle is real.

For more on Shmitah, start here or here or here. Rabbi David Seidenberg will be doing a seminar on Shmitah this coming Wednesday and Thursday to honor Rainbow Day and the Torah portion. Write to him at rebduvid86 at gmail dot com for info on either session.

About the Author
Rabbi David Seidenberg is the creator of neohasid.org, author of Kabbalah and Ecology (Cambridge U. Press, 2015), and a scholar of Jewish thought. He teaches around the world and also leads astronomy programs. As a liturgist, David is well-known for pieces like the prayer for voting and the translation of Laments. David also teaches nigunim and is an avid dancer. A weekly zoom class on his book started Tuesday 3/24/20 and will run for 15 sessions. David was ordained by both JTS and Reb Zalman.
Related Topics
Related Posts
Comments