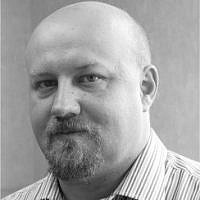 The Blogs
Frans Cronje
Apply for a Blog
Advertisement
Please note that the posts on The Blogs are contributed by third parties. The opinions, facts and any media content in them are presented solely by the authors, and neither The Times of Israel nor its partners assume any responsibility for them. Please contact us in case of abuse. In case of abuse,
Report this post. 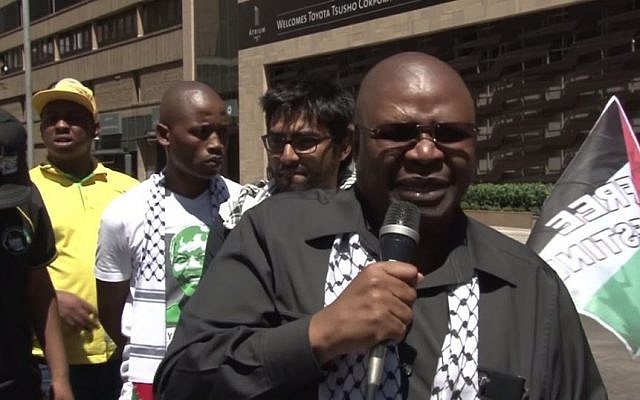 South Africa is ground-zero for the global Boycott Disinvestment and Sanctions movement. The prominence of this movement is reflected in the South African media, academia, most civil society groups, and in the South African government and ruling party all having taken vociferously anti-Israel lines. The apartheid analogy is regularly drawn – which coming from South Africa – further quashes Israel’s global standing. Yet South Africa’s own reputation is also in need of attention. Once Mandela’s ‘rainbow nation’ the country’s standing has been battered by a series of corruption scandals, human rights abuses, threats to democratic institutions, increasingly weak economic performance, strained foreign relations, and an unfortunate voting record in the United Nations.

It is therefore very interesting, as I have just done, to spend a week as a South African on a fact finding mission to meet senior political and businesses leaders both in Israel and the West Bank. As we toured the tech-parks of Israel, peered through binoculars into Gaza, and travelled through the villages and settlements among the olive groves of the West Bank my thoughts – for now beyond the imagination of diplomats in both nations – increasingly became whether the two countries might find mutual redemption in each other.

Meeting with Israeli leaders the inference is unavoidable that attitudes have hardened and the country’s politics have moved further to the right. Events in Gaza following the Israeli withdrawal, election of Hamas, and the subsequent rain of missiles contributed to this. So too has the effective, if undeclared, current Third-Intifada. Yet the view of many Israelis and Palestinians alike was that the obduracy of the Israeli right will destroy the Zionist dream. The expansion of settlements into the West Bank, for example, risks ensnaring that dream in a political quagmire from which it will never be able to extract itself. More convinced than on my first visit (three years go), I left Israel certain that if the Zionist ideal dies, it will die in the new settlements of the West Bank.

On the Palestinian side my impression was of a leadership in disarray. Leadership elections have been delayed, different factions are in conflict, and Hamas continues to take a line that denies Israel the right to exist. A number of Israeli political leaders made the point that this makes it very difficult to negotiate over the West Bank. With whom should Israel negotiate? Who can rightly claim to be the true representative of the Palestinian people? At face value the Fatah line is far more accommodating than that of Hamas but could an agreement struck with Mahmoud Abbas, for example, be revoked in time on the grounds that he is not an elected or representative leader of the Palestinian people? What guarantee can there be that Palestinian factions, and fundamentalist third parties, will not descend on each other after a settlement, tearing the West Bank apart into ‘a blood soaked mess of wars within a war’ as The Economist recently described in Syria? These questions, rightly preconditions for any settlement, are too easily brushed aside by Palestinian leaders and Israel’s critics.

Then there is the comment that some in the Palestinian leadership do not want to win the struggle for independence but would rather remain engaged in a perpetual struggle against Israel – in order to avoid the scrutiny of, responsibility for, and accountability to, the Palestinian people that would come with governance.

The odds of a settlement seem to be further complicated by changes in the broader Middle Eastern environment, most notably the rise of ISIS and ultra-radical brands of Islamic fundamentalism. This appears to have had the effect of causing some moderate Arab leaders to consider whether the timing is right for the West Bank to go it alone. Proposed land swaps, for example, have little chance of success if Arab communities currently in Israel remain fearful of a future outside of the security offered by Israel – despite their discontent at living under Israeli control and their principled support for an independent Palestinian state.

So too is the case for many Palestinian citizens living under Israeli occupation in the West Bank who must look to Gaza (let alone Syria) with dread whenever the subject of a future Israeli withdrawal is broached. The reality of that choice is brought into relief when you consider that the Middle East has descended into such conflict that today the broader Israel/Gaza/West Bank territory is arguably the most peaceful and stable area in the region and that it is stable only because of the presence of Israeli security forces.

To further complicate matters it appears as if both Egypt and Jordan, fearing revolutionary spill-over from Gaza and the West Bank respectively, are not going to play a constructive role in securing an independent Palestinian state. The Jordanians especially fear precedents for their own regime if the Palestinian struggle for freedom succeeds. Most notably in the form of security cooperation, these two Israeli neighbours and critical players in any settlement agreement, now appear to have found some common ground with the Israeli-right in maintaining the status-quo.

My impression is that the arguments above are the core issues that need to be addressed in any discussion around the future of Israel and the Palestinians. They do not absolve Israel of responsibility but they do bring out the extreme complexities of seeking to engineer a settlement and in this respect bring some balance to a global debate which is both shallow and insincere when it presents Israel as the sole obstacle to peace.

I was therefore amazed time and again over the past week that these arguments seldom appear in the global media and found myself in agreement with Barry Shaw, of the Israel Institute for Strategic Studies, writing in the Israeli media, that Israel’s efforts at public diplomacy are a ‘national disgrace’. In avoiding the political arguments Israel’s diplomats lay the seeds of doubt that grow to underpin its pariah status. Doubly ironic is that these political arguments contain the only at all compelling defence of Israel.

In South Africa the boycott lobby exploit the failure of Israeli diplomacy with vigour to present in what must rank as one of the most skillful examples of global political activism. Echoing the sentiments of that lobby, the South African government has taken an uncompromising anti-Israel line. But such inflexible positions, while making for good activism, will never make a sound basis for real world diplomacy which requires a degree of give and take and a willingness to listen to the other side. In echoing the boycott line the South African government therefore disqualifies itself from taking a serious diplomatic role in brokering a settlement.

The pity is that the South African government is uniquely positioned to play such a role. It has close historical ties with the struggle of the Palestinian people and also essentially represents a modern industrial economy and liberal democracy and thereby straddles the different worlds that represent the Israeli/Palestinian divide. Matched with our own experience of finding a settlement to our political quagmire South Africa should always have been seen by the global community as the obvious broker of a settlement between the Palestinians and Israel. As it becomes more apparent that the United States has failed in this role, and is now distrusted by both the Palestinians and a growing number of Israelis, is it not time to look for a new peace broker?

South Africa also needs to recoup some of the diplomatic standing it has lost over recent years and the road to global redemption might lead through Jerusalem. Positioning itself as the lead peace broker on Israel would be a significant coup and something its beleaguered government may relish as a means to restore South Africa’s reputation as a leading emerging market.

I know the experts – both in South Africa and Israel — will all say it cannot be done but David Ben-Gurion had a famous quote about what could not be done. Nelson Mandela, a long standing supporter of the Palestinian people famously said of their struggle that, “we know too well that our freedom is incomplete without the freedom of the Palestinians.” But he also said, two years later, that “I cannot conceive of Israel withdrawing if Arab states do not recognize Israel within secure borders”. My departing impression was that through the remaining channels of diplomatic and civil society contact between Israel and South Africa a significant effort should be undertaken to bring the two countries closer together for their mutual benefit and for peace.

Frans Cronje heads the IRR a South African think-tank that promotes political and economic freedom. The IRR was the most prominent anti-Apartheid think-tank and played an important role in securing South Africa’s political settlement of the 1990s.

About the Author
Frans Cronje heads the IRR a South African think-tank that promotes political and economic freedom. The IRR was the most prominent anti-Apartheid think-tank and played an important role in securing South Africa’s political settlement of the 1990s.
Comments