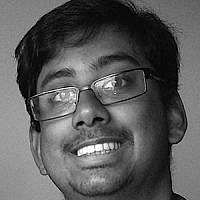 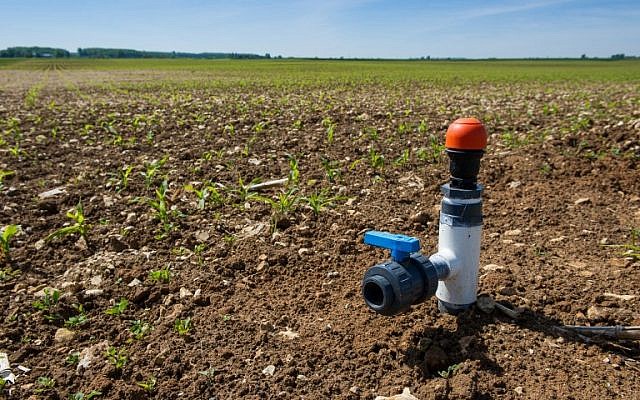 This picture taken on May 5, 2014 shows a drip irrigation system on a cornfield in Pas-de-Jeu (near Thouars, Western France). Drip irrigation was invented in Israel in the 1960s. (photo credit: AFP/Guillaume Souvant)

Water, the most precious resource in the world, is increasingly scarce. However even as global water shortages threaten the world, Israeli innovation in countering water scarcity could yet lead the world out of the abyss of water shortage and war.

Cybersecurity, counter-terrorism and aerospace are most often associated with Israel. However the nation’s potentially greatest global contribution, water conservation, is relatively little known or understood. This ought to change. From California to North India, Israeli agricultural genius is changing people’s lives.

The overall global statistics on water shortage are truly frightening. According to the UN, desertification threatens over 1.5 billion people globally. The arable land loss rate is around 23 hectares a minute, depriving tens of millions of precious farming land and food. Already, civil wars in Africa are being waged over the question of water scarcity. How long before they explode into full blown interstate wars? This is a question global policymakers may rather not confront, given the relative silence over it. The wars of the future are likely to be water wars, but this can still be avoided

The inventive Israelis have however made significant breakthroughs in water security. Drip irrigation, where water slowly and efficiently drips down onto plantations through tubes, was invented by an Israeli bureaucrat, Simcha Blass. This irrigation system is changing lives the world over. Farmers in countries like Kenya are taking full advantage of this proven technology to ensure that they have adequate crop yields. Thanks to the foresight of Mr Blass, millions today enjoy healthier, happier lives. MASHAV, the national development co-operation of Israel takes full advantage of this to help people in developing countries. This is a good example of an emerging agricultural diplomacy which could put Jerusalem at the top of world affairs. Helping the less fortunate people of the world while developing strategic and diplomatic advantage through a generous spirit.

When Indian PM Narendra Modi lands in Jerusalem for a historic visit on July 4 his main trade aims will centre not just on security and defence but on water. Further innovations such as desalination plants are in high demand in countries like water stressed India. The Indian states of Maharashtra and Rajasthan are heavily investing in technology like desalination plants. Needless to say these are some of the more arid states- and soon to be water challenged areas in the whole world. It would be no exaggeration to say that Israeli innovation is now powering the rise of a new superpower. This is not a mean feat. It underscores the spectacular nature of Israeli innovation in the 21st century.

Nor are the transformative Israeli technology and techniques restricted just to the developing world. California, one of the richest states in the US is making good use of desalination plants to provide the San Diego area with up to 50 million gallons of water. Israeli waste water recycling techniques are also among the methods under discussion for transfer to authorities in California, with a potentially transformative effect on agriculture in California.

Why is all of this not widely known? Israeli diplomats naturally do their best to promote such innovations and achievements on social media. Many Israeli achievements may be underplayed or ignored due to latent anti-Semitism. Furthermore PR is not a traditional Israeli strong point, in stark contrast to the West more broadly. Hopefully in an age of cyber innovation- again pioneered by Israelis- this may be changing. This is more than a matter of just Israeli or Jewish pride. It is very important that people around the world know that there is a possible cure for their water woes in Israeli dynamism. It is likely a question of saving and transforming lives. Perhaps bilateral diplomacy, as with Kenya, India and others may be a better way forward.

It is possible that water diplomacy and conflict could become the high watermark of skill and in Israel’s longstanding battle for greater recognition and partnership in the near future. That would indeed be a good outcome for both Jerusalem and the world.