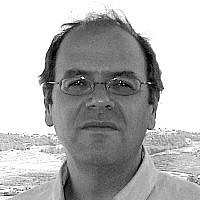 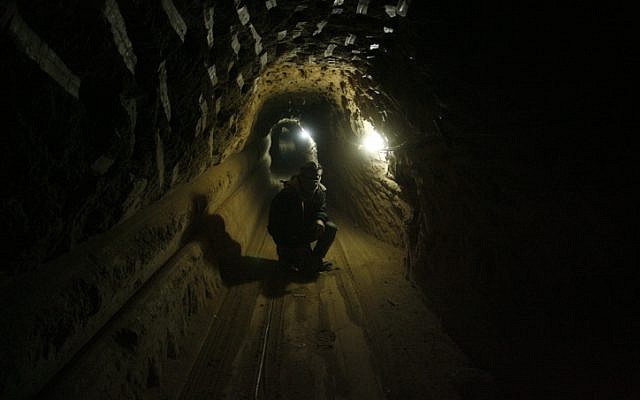 A Palestinian worker inside a smuggling tunnel, beneath the Egyptian-Gaza border in the southern Gaza Strip, in February 2013 (photo credit: Abed Rahim Khatib/Flash90)

The past week has seen heightened violence between Gaza and Israel. While the timing seems odd, in parallel, the IMF issued its latest survey of the economy under Hamas rule in the territory. Summarising the conclusion, Israel is responsible for a situation of high unemployment and stunted growth.

You cannot fault the logic. Israel does not let workers from Gaza come into Israel. The traffic of goods between the two is carefully monitored. Ergo, Israel is to blame for the demise of the Gaza economy, no?

I did wonder if the IMF wrote similar things about Afghanistan or Iraq – withdraw the troops, which seek to protect the peace, and the economy will boom (sic?).

Leaving sarcasm to one side, jump back a few years and recall how Hamas started out. It was a neighbourhood organisation that provided social services to the poor. It deliberately fed on the nepotism and corruption of the Fatah strongmen led by Mohammed Dahlan. When Hamas violently ousted Fatah from Gaza nearly a decade ago, there was little crying amongst the locals.

So why in July 2014 is Hamas apparently so interested in a fight with Israel? I understand that until Thursday, most of the shelling from Gaza towards Israel came from more fanatical groups like the Islamic Jihad factions.

First, remember that President Sisi of Egypt has spent a year closing down the Sinai entrances to the tunnels. If there were around 300 operating at the time of former President Morsi, today barely a dozen are left. There goes the tax collection.

Power supplies, 30% of which comes via Egypt and much of the rest was financed by Qatar. Well, the money from the Gulf ran out some time ago. This week, the region was almost plunged into darkness before President Abbas assured Israel that it would be paid for new fuel supplies.

As for wages, there are reports that 50,000 Hamas workers have not been paid their salaries for about seven months. Given the size of the average family, that lack of liquidity probably impacts on about a third of the Gaza population.

It is difficult to argue that these financial restrictions apply to ‘those at the top’. Corruption and the siphoning off of foreign aid remains endemic. The granddaughter of the Hamas Prime Minister was treated in an Israeli hospital. There are estimated to be over 1,700 millionaires in the area.

So, it appears that the fizz has gone out of the Gaza economic dream. And this deeply restricts the ability of Hamas to care for the poor, its home constituency. When you factor in the growing influence of the Islamic Jihad and Salafists, what is left for the local leadership to do, but to attack Israel?

The IMF targeted Israel for Gaza’s economic woes. Yet have we not just found the missing billions that the IMF has failed to write about……………and why are these brilliant economists so quiet about it?