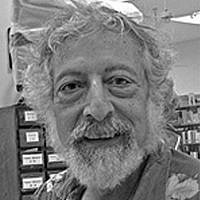 The Blogs
Ted Druch
Apply for a Blog
Advertisement
Please note that the posts on The Blogs are contributed by third parties. The opinions, facts and any media content in them are presented solely by the authors, and neither The Times of Israel nor its partners assume any responsibility for them. Please contact us in case of abuse. In case of abuse,
Report this post.

The simplest truth about the Israel/Palestine “struggle,” is the one that nobody ever seems to mention in all the acres of news coverage.

The  Palestinians are regularly described as “victims,” but what they really are, are losers. For 65 years they have continued to lose their wars against Israel.

But, here they come, making demands, as though they have a case of amnesia and can’t remember. In addition to the amnesia, they are suffering from severe delusions, as though they have some standing of equality. In this, they are regularly colluded with by the world press. The problem with doing so, of course, is that the people get no idea about the truth of the matter.

Which part of the world press? The extreme leftist papers like the Guardian, and the controlled press of the 100 or so Islamic nations and their third world sycophants and lackeys. None of this matters, in the end, because only the Palestinians and the Israelis can come to any agreement, regardless of what anyone else might say.

The main problem facing the Palestinians, is that of losing face; admitting that they have been beaten by the Jews, a result that runs counter to Islamic belief that Islam must be always triumphant.

But, until they admit the truth, there is little hope of reaching any meaningful agreement.

That requires that they internalize the fact that they have actually lost. It might be possible for the negotiators to do so, but how will they bring the Palestinian people, who’ve been spoon-fed utter nonsense for three generations, to accept it?

How will they explain that there will be no right of return to Israel? The pot will be sweetened by talk of reparations, but the people have been told that soon, they can all flood back into Israel. This has been an item of religious belief, and when religious hopes are dashed, there’s usually hell to pay.

Whatever they have said in the European public, they have told their people that they will soon occupy all of Palestine. Their new insignia illustrate that; Israel filled in with Palestinian green.

They have driven their people insane and completely detached from reality, and only a mass return to sanity has much chance of success in selling any agreement in a referendum. Only a mass internalization of loss will do any good. This is true no matter how any agreement might be couched in order to save the most amount of face possible. They’ll all know, and it will be a bitter pill to swallow.

Considering that this all-important topic is rarely mentioned in the media, I sincerely hope that Kerry has it well in mind when steering negotiations. That Palestinian demands would be considered at all is a huge bonus for them.

About the Author
Ted Druch was born in Milwaukee, Wisconsin and has engaged in a number of questionable activities beginning with a year-and-a-half long stint at the Timothy Leary commune in Millbrook, NY in the late 60s; Eschewing academia, which he found boring and stultifying, populated as it was by academics and intellectuals, he began a life as an itinerant handyman and ended up as a world traveler and raconteur; His novel, King David's Harp, is due out as soon as he can find a publisher. A series of detective novels featuring Joe Gold, a Jewish Sam Spade type will be released shortly.
Comments