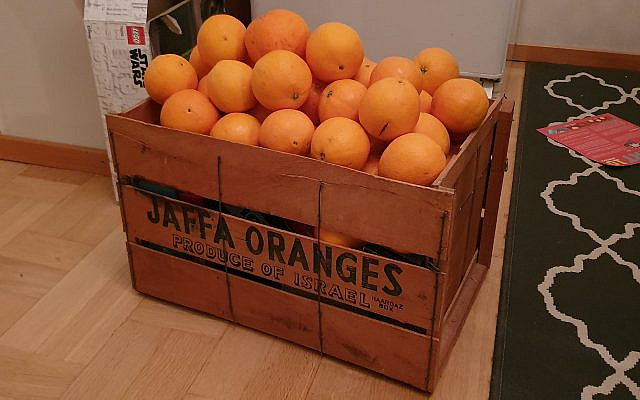 I live in Sweden. A country some Israelis despise for many reasons. But I want to tell you something. From an Israeli to another.

Israel is a hotpot balagan landstrip with one of the most social diverse society in existence, on such a tiny place. I understand why Israelis feel they are under constant threat – from a real enemy or by the perception of an enemy. When you drive north on Ayalon heading for Haifa, after Netanya you see a huge Palestinian flag on a very long flagpole. On the other side you get a glimpse of the ocean. Israel has all opportunities to progress and thrive – which has been succesful. But there is a lot to do, that’s why I left the country.

In Sweden, there is a unified school system – which is completely digital. There are no books. My kids and others who have a second language or comes in part or as a whole, gets extra lessons in the language spoken in their home country. In order to strengthen the identity of both being able to communicate with relatives as well as integrating into society in general. All education, no matter what you choose is completely free. You even get paid to study at a university.

In Israel there are two school systems. One is Jewish and one is Arab. A unified school system with a true will to integrate – but not forget the roots would truly benefit Israel.

Sweden has a conscript Army, Air Force and Navy. Just like Israel. The difference being that Jews get’s drafted along with some Druze and Bedouins. In Sweden everyone gets drafted. As long as you are a citizen you will draft. The positive aspect being the strength of diversity – each unit has everything from a poor Eritrean to the top-brass – even the Prince was drafted. This in turn finds you friends from a culture you probably never would learn to know otherwise. Perhaps it’s time to stop separating, since many jobs in Israel depends on your military sercvice. That’s a direct effect of why there are so many arabs working as engineers, doctors, farmers, taxi-drivers and God knows what.

Israel has been at war more or less since 1948. Constantly attacked and riddeled with terror but also attacking first. Israel has been occupying the West Bank (or Judea and Samaria as some of you call it) for 53 years. Israel pulled out of Gaza in 2005 – what happened then is that it saw a split between the PA and Hamas, eventually resulting in Hamas violently taking over the Gaza strip. Israel needs to learn from this – any unilateral move will always backfire. Israel was born in 1948.

Sweden as it currently stands, was founded in 1523 by king Gustav Vasa. Sweden became an entity of Denmark before that. When Sweden broke loose they were at constant war until 1812, when Sweden lost Finland to Russia. So it’s completely understandable why Israel goes to war and will continue doing so until it feels safe.

But there is a big difference – we are comparing a foundation of a Nordic country in 1523. We as a society has since progressed (I hope) and by that usually comes a sense of that we need to live and learn by todays ethic and humanistic codes. Does that mean Israel can’t defend itseld? Of course it can. But 53 years of occupation is this ugly little annoying stone in Israel’s shoe that will not go away.

The argument of “look, we pulled out of Gaza and now Hamas runs amok, terrorizing it’s own people and firing rockets!”. OK – point made, but who thinks this would be the actual scenario in the West Bank? I beg to differ – since Israel decided (again) to make an unilateral move of annexation. Literally picking the good stuff from Trump’s peace plan and leave the rest – the leadership of Israel has therefore lost a lot of credibility.

Sweden has mistreated its citizens. They forcibly moved and still move the indigenous minorities around. Sweden was pioneering when building and organizing the worlds first Racial Biological Institute in Uppsala 1924. Sweden continues to mistreat its Roma population (the Gypsies). Sweden accepted the refugee wave of 2014 – 2015, as a rich and open country many people have been granted asylum. To be exact Sweden accepted most refugees per capita in the world. Yet Sweden thrives.

When will Israel treat its Ethiopians, Arabs, Sudanese, Fillipino, Sephardim and Mizrahim?

Israel has a chance of making this work. Just open up a little. I know it’s tense and a topic that is rebuked by many minorities as well as majorities. But Israel is wasting time, are wasting lives and the competetiveness and innovator is diminishing with Bibi at the rudder. Not granting all the opportunities and demands upon everyone.

Where one is handcuffed and taken away, another one gets murdered by 7 shots.