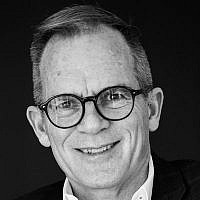 The Blogs
Rick Ekstein
Apply for a Blog
Please note that the posts on The Blogs are contributed by third parties. The opinions, facts and any media content in them are presented solely by the authors, and neither The Times of Israel nor its partners assume any responsibility for them. Please contact us in case of abuse. In case of abuse,
Report this post.

A watershed in the history of Canadian human rights occurred between July 21-22. The Government of Canada convened two summits aimed at curbing hatred toward its Muslim and Jewish communities. Despite the positive connotations of combatting ethno-religious based hatred – and bringing Canada closer to realizing the respectful multicultural vision established by our current prime minister’s father in 1971 – I am still saddened that in the Canada of “nice” and “polite” people, these summits needed to happen at all.

Some recent headlines, however, bring me back to the disturbing reality of ongoing intimidation and violence facing vulnerable groups, including women, sometimes even at the government level:

“In 2020, five current and former female employees at the Canadian Museum for Human Rights allege they’ve been sexually harassed by the same male colleague and say their complaints to human resources were dismissed.”

“According to the Anti-Defamation League Center on Extremism’s preliminary data, more than 17,000 tweets using variations of the phrase, “Hitler was right” went up between May 7 and May 14.”

“The governor general has resigned after an external report found that the Queen’s representative had overseen a toxic work environment in which staff were bullied to tears.”

As I participated in the summit on Antisemitism, I heard many accounts from Jewish groups and individuals share their experiences with antisemitism, often raising concerns and fears around the safety of our community. I am thankful to all the officials, from every level of government, who took the time to listen, and for their words of affirmation. Words do matter, and hearing from our leaders that they stand against antisemitism and all other forms of hate is a good reminder of what makes Canada a great place to live.

But with all the meaning that they hold, words do not contain the decisive strength of will when it comes to fighting against a pervasive evil with deep historical roots.

History demonstrates how the Jewish people are the proverbial canary in the coal mine: Left unchecked, hatred toward Jews invariably ends badly for everyone.

Prime Minister Trudeau stands at a critical juncture in the life of Canadian multiculturalism. By bolstering the will of others to reverse this odious historical process, he can “start with the Jews,” and make Canada better for all!

Canadian society is at a tipping point where intolerable hate is somehow tolerated. We cannot allow this to happen. Jewish, Muslim, Christian, and all other Canadians of all colours and orientations or watch our culture disintegrate into fragmented groups all at odds with the other.

When it comes to putting will before words, I feel privileged that I come from a business background where willpower is often the most important factor in materializing one’s vision of success. To build a great company, you need a great culture; while culture will evolve as individuals join or leave the organization, the core values of the organization are set by the leader. And as anyone who has led great companies can attest, setting a consistent tone is hard: it requires tremendous effort, and limitless willpower to stay the course. It demands that leaders enforce company policies and rules, occasionally routing out key individuals in the same way a doctor will cut out dangerous growths, and even the tissue surrounding them.

The PM now needs to demonstrate he has the will to combat hatred by setting the tone and culture in his caucus, in the House of Commons, and in government more generally. He needs to convince civil society and labour leaders to put their differences aside when it comes to fighting bigotry.

When it comes to antisemitism, Prime Minister Trudeau should continue to promote the International Holocaust Remembrance Alliance definition of antisemitism which explicitly delineates the line between free speech and hate speech. He needs to crack down on extremists from across the political spectrum who preach hatred against Jews; and he must be clear that antisemitism cloaked by a toxic obsession with Israel will not be tolerated. As leader of this country, he must unequivocally and assertively set this uncompromising tone throughout Canadian society.

We often hear about Canada’s cultural mosaic, as opposed to America’s melting pot. This is a point of pride for most Canadians and is due to our PM’s father. He entrenched multiculturalism in our national ethos; I believe his son has the will to see his father’s vision through to fruition. Whether against people of colour, Muslims, Indigenous peoples, or those in the LGBTQ2S+ community, hatred usually lurks at the fringes of society. Lately, it’s been making a centre-stage appearance. I look forward to seeing the different ways our leaders will respond to this threat, and I am certain that the will of the people is greater than those parts which seek to destroy a tolerant Canada. I just hope we summon that will before we get lost in “nice” and “polite” words, instead of determined and assertive action.

About the Author
Rick Ekstein is the child of a Holocaust survivor. Rick and his wife, Lillian, co-founded the Together We Stand Foundation, which honours and supports Canadian military families for their silent sacrifices.
Comments