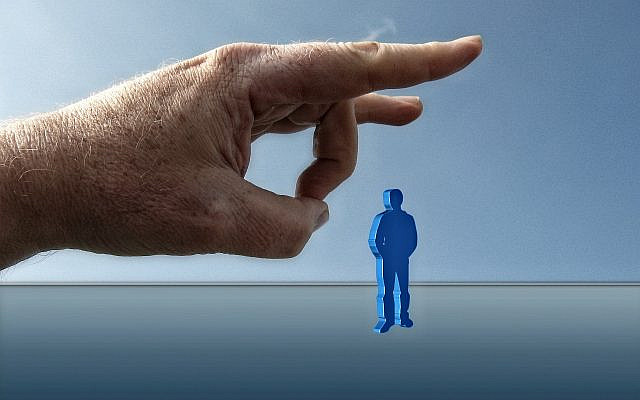 For many years, actress Felicity Huffman played a “Desperate Housewife” on TV. But it was for something she did in real life that made her even more famous. Last year, Huffman was charged in a nationwide college entrance exam cheating scandal. Among other things, she paid for someone else to take her daughter’s SAT test. Huffman eventually pleaded guilty, spent some time in jail and is serving 250 hours of community service.

Like many celebrities who engage in misconduct, her career came to a screeching halt. She was, for all intents and purposes, “cancelled.”

Indeed, there are plenty of celebrities who engage in long-standing patterns of misbehavior who probably deserve to be cancelled. But along comes a person like Huffman, a devoted mother and wife – an otherwise decent person – who makes one very bad moral mistake, and her career is over. Nothing could be further from Jewish values which emphasize second chances and believes deeply in the concept of “teshuva” or repentance.

The period of time on the Jewish calendar in which we now find ourselves, is devoted to this very kind of self-reflection and rectification of our past misdeeds. The Jewish Sages established the Three Weeks and Nine Day period leading up to Tisha Bav – the day both Jewish Temples were destroyed – as a time to look back and ask ourselves: where did we go wrong? What mistakes have we made that we can improve upon? What transgressions did our ancestor’s make, which brought about the Temple’s destruction, that we still commit today? We disengage from certain joyous activities such as live music and weddings and we fast – all so we can learn from our past mistakes but not be buried or cancelled by them.

The Talmud teaches that the Second Temple was destroyed because of sinat chinam, baseless hatred – a breakdown in the respect and love we were meant to have for one another. This is why, at this time on the Jewish calendar, many take upon themselves to act in a kinder and more sensitive manner to others. As such, MJE has launched a Rebuilding Together Challenge to help restore and rebuild that love and unity. I urge you to join us at: https://forms.gle/SaG1LPVbX99ptrcN6

As Jews we believe in second chances. Individually, we are given a second chance every year on every Yom Kippur and nationally we have this time every summer to reflect upon and fix our past misdeeds. God didn’t give up on us after one mistake and we should expect no less from each other. We have become so unforgiving as a society. We need to stop cancelling otherwise good people if they sincerely feel remorse and try to do better.

The Jewish belief in second chances was much better seen in the example of Jimmy Fallon. The late-night talk show host is beloved by many and one of my personal favorites. Earlier this year, people started sharing a 20-year-old “Saturday Night Live” skit he had done in blackface and there was an immediate knee-jerk reaction that his career should be canceled. But eventually, cooler heads prevailed. Fallon admitted he had made a mistake, expressing remorse and telling his audience: “There is no excuse for this. I am very sorry for making this unquestionably offensive decision and thank all of you for holding me accountable.” It was a one-time mistake, he apologized, and there’s nothing in his history to suggest that his actions were part of a larger pattern.

To err is human. To immediately cancel someone who commits a wrongdoing is to deny that humanity. Ultimately, it is the growth that comes from our mistakes that helps us become the best version of ourselves, both individually and nationally. So, rather than cancelling one another, let’s encourage each other to right the wrong and move on. In doing so, may we merit to see the Temple rebuilt.

About the Author
Rabbi Mark Wildes, known as The Urban Millennials' Rabbi, founded Manhattan Jewish Experience (MJE) in 1998. Since then, he has become one of America’s most inspirational and dynamic Jewish educators. Rabbi Wildes holds a BA in Psychology from Yeshiva University, a JD from the Cardozo School of Law, a Masters in International Affairs from Columbia University and was ordained from Yeshiva University. Rabbi Mark & his wife Jill and their children Yosef, Ezra, Judah and Avigayil live on the Upper West Side where they maintain a warm and welcoming home for all.
Comments