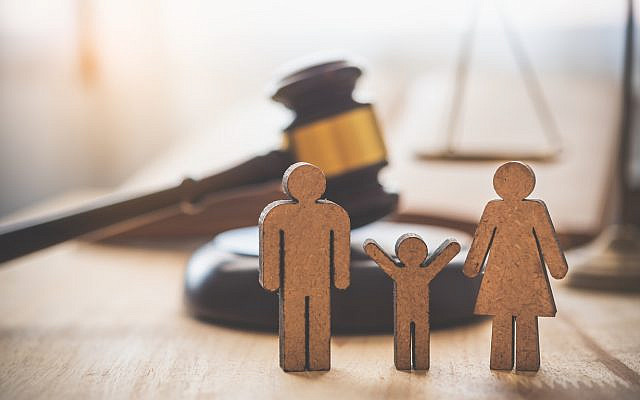 Steven Spielberg’s film “Minority Report” revolves around the possibility of preventing murders before they happen, and punishing the would-be assailants, based on the testimony of three genetically altered humans who know the future. Tom Cruise’s character is accused of a murder he was supposedly about to commit and spends the movie trying to prove his innocence.

In this weeks parsha, the Torah describes a process where a “ben sorer u’moreh” a rebellious son, is ultimately punished by death. What crime has this child committed? The verses specify that he does not listen to his parents, is a glutton and a drunkard. This arrogant and cloddish behavior is clearly less than admirable, but to subject an adolescent to the death penalty for such conduct appears to be wildly inappropriate. Even in Hammurabi’s code, a wayward son who is banished from his home, following judicial proceedings, is not executed.

The sages offer various opinions as to precisely what this rebel did to warrant such a severe punishment. Rashi, based on the Gemara, explains that he has not yet committed any crime; rather, he is put to death to prevent him from perpetrating future offenses. This perspective suggests that it is preferable to “let him die innocent rather than die guilty.”

There are two ways of understanding this approach: either we are protecting the son from the consequences of committing a worse crime in the future or we are protecting his potential victims from harm. Rabbi Avraham ibn Ezra contends that the boy is rebelling against both his parents and God, meaning that there is no authority to which he is willing to submit, and there is therefore a high likelihood that he will descend into a life of violence and crime. Ramban believes that the recalcitrant adolescent is guilty of transgressing the overarching principle to “be holy and serve God.” This tenet stresses that every Jew is commanded to lead a life dedicated to serving God by being God-fearing, upright, moral and responsible. And in a third approach, Abarbanel says that this child’s sin is because of the negative influence that he has on others. He deserves death because of his adverse effect on the broader community. Abarbanel’s rationale also explains why the boy’s punishment is publicized.

The underlying assumption of all of these understandings is that the world would be a better place without this person. Nonetheless, it still seems that the punishment is exceedingly disproportionate to the crime, even in light of our concern for the long-term benefit of society, as opposed to the here-and-now.

But our sages also explain the many criteria that need to be met for one to be classified as a “rebellious son”: one must be a male of a specific age, who has stolen a precise quantity of food, and eaten it in a defined way, within a certain time, and have a mother and father who must speak to him with the same intonation… in addition to a bevy of other conditions. The list becomes impossible to meet, which inherently precludes this scenario from ever happening. The Sefer HaChinuch, a work that lists the 613 biblical commandments, even omits this “rebellious son” from the list.

What message, then, can be gleaned from these verses? They challenge us, because this degree of being removed from reality suggests that they are as preposterous as if the Torah prohibited the consumption of pink unicorns.

The Torah is advising us that a youngster’s rejection of authority can eventually prove dangerous. Both parents and children should heed the warning and not ignore a child’s delinquent behavior simply because of his youth. Rabbi S. R. Hirsch points out that these verses teach the importance of training the next generation for moral integrity. Rabbenu Bachya explains that the purpose of this chapter is to underscore that the love one has for God’s precepts should supersede and surpass even one’s love for one’s child, using Abraham’s binding of Isaac as support for this view.

Chief Rabbi Jonathan Sacks connects the rebellious son to the verse in Psalm 27 that is recited during this Elul season, and on through the holidays: “Though my father and mother reject me, the Lord will gather me in.” In the case of the ben sorer u’moreh, the parents turn to the court because they cannot effectively manage their child, and they have no other recourse. The family unit has disintegrated and the parents are fundamentally rejecting their offspring, but God, in contrast, never abandons His children. We can be rebellious sons who commit all sorts of crimes, yet we always have the option and opportunity to reconcile and reconnect with God.

The Shem MiShmuel highlights the fact that if the son’s parents forgive him before the end of the court case, then the boy is immediately acquitted. This, despite the fact that he presumably remains on the path to self-destruction.

Repentance works because it awakens the holiness within that is part of every Jew’s genetic makeup as descendants of Avraham, Yitzchak and Yaakov. The essence of teshuva is a return to one’s roots and source, leading to renewed hope for each person to reach his elusive potential. Therefore, there can be a rebellious son who is judged prior to sinning, since he breaks his connection and shatters the chain of transmission. When this rebellious son’s parents forgive him, however, they indicate the existence, however tenuous, of some thin connection to the past, which they may hope will resonate within.

When we maintain a connection to the past and understand that God never relinquishes His faith in us, His children, the door stands open for us to return.

Thus, the passage of the Torah teaches that, as we might have expected, and in contrast to the implication of the case of the rebellious son, we truly never know a person’s destiny. At any point, one may stop a downward spiral, reverse course, and reconcile with God.