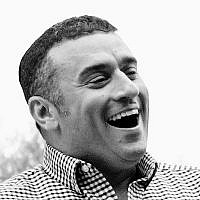 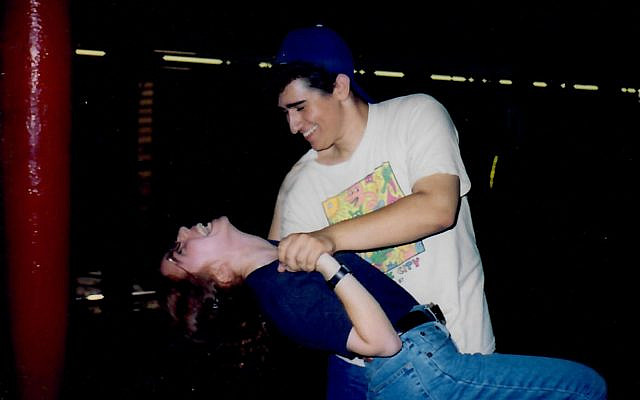 The first and only time I tried to impress a girl by singing was when I was 15 years old.

I had gone to the closing dance of my summer program with Franchesca, even though I really had a crush on Stacey. However, when the DJ queued up Stairway to Heaven for the final dance, and Stacey came to ask me to dance with her, I did, even though I knew it wasn’t the right thing to do to Franchesca, who left the dance in tears, which is how I wound up outside her bunk a few hours later singing Cher’s anthem of regret, “If I could turn back time, If I could find a way…I’d take back those words that hurt you and you’d stay.”

My ploy didn’t work, which is probably for the best.

What I wanted in that moment was not merely forgiveness, but absolution – I wanted my transgression to have never happened, to have it wiped from existence. I wanted to start again, to return to the status quo ante, the way it was before I did that thing.

Not only did that not happen for me in middle school, but – and I hate to be the bearer of bad news on this – that almost never happens.

When we experience hurt and betrayal, it doesn’t simply vanish.

And more, the admonition to simply “forgive and forget” can feel like a negation of our experiences. Often, we have excruciatingly good reasons to be angry – we’ve been betrayed or lied to, we have endured abuse or cruelty, people we love have been hurt or even killed.

At least sometimes, forgiveness isn’t an act – it’s a process, a way of being in relationship.

Judaism provides many ways to think about forgiveness, but one of the most potent is called noseh avon. Noseh means to take something upon oneself, to lift up or to load something, to bear it. This can be actual physical cargo, but it can also be spiritual or metaphorical, such as a person who “bears his sin” or “carries a tale.”

One of the tales we as a people carry is the legend of the Golden Calf.

A short refresher on the story: After getting liberated from Egypt, the Holy One gave us a bunch of commandments, chief of which is “Don’t worship other gods.”  Moses went up to Mt Sinai to talk to the Divine and was gone a long time. While he was gone, we freaked out and… you guessed it, built a Golden Calf so we could worship it as a god.

This was a major chapter in the yet unwritten history of “Ways Jews have Screwed up Relationships.” This was not simply dancing with the wrong girl at the camp dance; this was a misstep that led one partner (God) to say they were ready to end the entire relationship with the other partner (the Jewish people).

Fortunately, Moses functioned as an in-house therapist and said, “Look, God, I get it – these people make a very big sin – this is no laughing matter that they made a golden idol. That said, it would really be fantastic if you could deal with this, just carry (tissah) the weight of what they did. and if you can’t, then erase me from the book you have written – just take me out of the story.”

Moses is inviting God to recognize that his partner – in this case, us, the people Israel – has done a grievous wrong, and yet he asks the Holy One to stay in relationship anyway. There will be consequences and punishment, but Moshe puts himself on the line, essentially saying – these people messed up very, very badly, but if you want perfect, you might as well get rid of me too, because I’ve messed and even though I try to get better, I’m sure I’ll mess up in the future as well. God, you’re dealing with people here, so either you’ve got imperfect or you’ve got nothing.

This is not a minor thing to say, particularly since the Holy One does not exactly have a great track record on this point – you might remember the stories of Noah’s Ark or of Sodom and Gomorrah – times when the Holy One was betrayed by humanity and in response, wiped out entire populations in order to start again.

That is of course, what we do all the time– there is a sin, a transgression, and we cut the offender out of our lives entirely, never speaking to them again. Sometimes, that is exactly the right thing to do. There are people so toxic we are better off without them in our lives at all.

This time though, the voice of reconciliation prevails, and although there are punishments and consequences, we and the Holy One stay in our long journey together, trying to figure each other out.

So noseh avon is not exactly forgiveness, at least not as we think of it in English. Nothing gets wiped away – in fact, in this instance, we read the story of us, the Israelites, betraying our partner, the Holy One, year after year. Far from forgetting it, we have embedded it and integrated it into our understanding of ourselves.

Forgiveness in the manner of noseh avon involves the forgiver saying to the wrongdoer: I am willing to bear this burden with you. From now on, it will be shared by both of us, and we will struggle with it together. The forgiver embraces the wrongdoer, but the burdensome weight of what occurred doesn’t disappear. It’s not forgotten. Instead, it becomes their joint legacy.

Instead of forgiving and forgetting, noseh avon calls on us to forgive and remember – together, for the sake of the relationship.

Sometimes, what needs to be remembered is something that someone did – betraying the trust of a partner with a Golden Calf, or an affair. Sometimes, though, what needs to be remembered – is part of someone’s history. For instance, many adult children of divorce are very sensitive to anything that feels like rejection. Being the adult child of divorce is obviously not a sin to be forgiven, but to be in a healthy relationship with someone who has that as part of their background will likely require some sensitivity to that story. It’s something that both partners might need to carry together.

It is real and dangerous to ask whether our relationships can provide the space for that sort of self-examination and reflection. Could the pain we carry – either because of things we have done or because of things that have been done to us – be addressed directly, frankly, honestly? Sometimes the answer is “no”; sometimes our relationships can’t handle that level of tension.  Sometimes the people involved aren’t capable of that level of self-reflection. But not always, and hopefully, not in the relationships that matter to us.

There is no human relationship that doesn’t involve screw ups – husbands and wives screw up, as do teachers and students, parents and children, friends, colleagues and neighbors. We cannot be in healthy relationships if we cannot forgive and be forgiven, and more often than not, that involves not wiping our mistakes away, but carrying them together with those we love.

About the Author
Rabbi Brent Chaim Spodek has been recognized by the Jewish Forward as one of the most inspiring rabbis in America, by Hudson Valley Magazine as a Person to Watch and by Newsweek as "a rabbi to watch." He is a Senior Rabbinic Fellow of the Shalom Hartman Institute and a Fellow of the Schusterman Foundation. ​ Rabbi Brent is a member of the faculty at Pardes North America and has been the rabbi at Beacon Hebrew Alliance since 2010; prior to that, he served as the Rabbi in Residence at American Jewish World Service and was the Marshall T. Meyer Fellow at Congregation B’nai Jeshurun in New York. Rabbi Brent holds rabbinic ordination and a master's degree in philosophy from the Jewish Theological Seminary, where he was the first recipient of the Neubauer Fellowship. Prior to entering the rabbinate, he attended Wesleyan University and worked as a daily journalist in Durham, NC. He lives in Beacon with his wife Alison, a professor of environmental chemistry at Vassar College, and their two children.
Related Topics
Related Posts
Comments