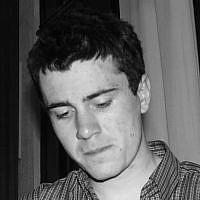 The jihadists formally known as ISIS have declared their caliphate. The peshmerga is digging itself in to its newly-acquired territory, clashing with jihadists and drawing up plans for full independence. Sunni and Kurdish politicians are abandoning Iraq’s government. To paraphrase John Cleese: Iraq is no more, it has ceased to be. It’s bleeding demised. Iraq is an ex-country.

Or at least that’s what Barzani and other KRG spokespeople have been saying for the past few weeks. Iraqi Kurdistan’s foreign minister, Falah Mustafa Bakir, speaking this week to PBS, talked about the collapse of Iraq and how to Kurds plan to profit from it. Calling Iraq an ‘artificial state’, he invokes the betrayal that forms so great a part of Kurdish history in Iraq – from Sevrés to Kissinger – and discusses the KRG’s planned referendum which would solidify Kurdish independence in the north (or for Kurdistan, in the south). Even without this referendum, it’s unlikely that Iraq’s Kurds will accept anything less than de facto independence from Baghdad.

Kurdish history in Iraq over the past decade has been one largely of triumph. Endowed with the safety of a NATO no-fly-zone in the 1990s, Iraqi Kurds proceeded to build themselves a state that has since blossomed into what commentators like to call one of the Middle East’s few ‘success stories’: a country (though not without its faults) devoted to secularism, pluralism and – perhaps most importantly in this moment – combating Islamic extremism.

Kurds in Syria, also, have been quietly (and not-so-quietly) working towards achieving independence. The parts of Syria where Kurds are the majority – mostly in the northeast – are known to Kurds as Rojava: “The West”. This is the territory that would comprise the western part of a prospective Kurdish state.

For the Kurds in Syria, like those in Iraq, chaos has provided them with an opportunity to fight for full autonomy – and they haven’t wasted much time in consolidating this autonomy. Almost one year ago, the Kurdish Democratic Union Party (PYD) declared its plans for official autonomy in northeastern Syria. Predictably their campaign for statehood has not gone unchallenged.

Kurdish aspirations for autonomy have elicited hostility from Islamist and moderate groups alike. Foreign Policy dubbed the Kurds’ struggle for autonomy in Syria “a civil war within a civil war”. No single group among the entire the Syrian opposition (fast becoming a sea of antipathetic acronyms) supports Kurdish autonomy. Fragile alliances between the Kurds and opposition groups have shattered over the past year, leaving the Kurds isolated, further vindicating the old Kurdish adage that “the Kurds have no friends”.

The Kurdish State of Iraq and Syria may also provide an answer to another big question: Who can the west support in the region? If the past two decades of Middle Eastern history have taught western policymakers anything, it’s that the Kurds are reliable allies.

Thus independence is inevitable. Even Turkey, the historical bogeyman of the Kurds, has offered tepid support for the forthcoming Kurdish state in the area that is, for the time being, still known as Iraq. The Kurds have not completely abandoned Iraq – they have offered to give one last chance to “the political process in Baghdad” – but all this talk of ‘artificial states’ gives the impression that this process is irreversible. Iraq’s Kurds will not surrender their freshly-claimed territory without a fight, something to which Kurdish history can attest.